Society is experiencing the same sort of moral anarchy that occurred when the Weimar Republic ruled Germany and liberal ideas and pleasure seeking became the norm. Dr. Peter Jones is the Executive Director of truthXchange and one of the world’s foremost experts on paganism.  According to Dr. Jones, there has been a pagan transformation of the West, starting with the sexual revolution of the 60’s — and what the change agents have in mind is far worse than any of us can imagine.  He believes the battle for the spiritual health of our children has just begun.

In his latest blog post, Dr. Jones gives us a glimpse of what liberals have in store for the culture; likewise for Christians.  He writes: 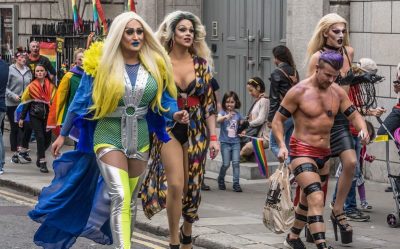 In our present world, decadence is replacing decency. For the sake of personal freedom our culture sanctions a sexual revolution that German sociologist, Gabriele Kuby believes “will quite possibly prove to be the most destructive revolution in history.”  She goes on to state that “the extent to which that satanic system will go for [sexual] freedom…is nowhere better seen than in abortions.” Someone has said: “Abortion is the willingness to kill for the sake of the willingness to copulate.”

There are sobering cultural parallels with our time. From 1918 to 1933 the Weimar Republic ruled Germany. After the defeat of the proud German nation in WW1, many Germans threw caution to the wind, spent big and partied hard, aware that both the economy and the government were destined to fail. This became a time of liberal ideas and new forms of pleasure-seeking. Seizing on the liberality of the time, the cabarets of Berlin, Munich and other cities entertained their gay, lesbian and transvestite patrons with open displays of sexual nudity.

This moral collapse was followed by economic collapse, as the government irresponsibly printed so much money that the Reichsmark became worthless. For instance, in 1918 one dozen eggs cost half a Reichsmark; in 1922, three Reichsmarks; in January, 1923, 500 Reichsmarks; in September, 1923, 30 million Reichsmarks and only one month later, in October, 1923, four billion Reichsmarks! The “resolution” of this state of affairs came with the arrival of totalitarian National Socialism in 1933.

If politically or economically we are not at this point (though the national debt has never been greater), we do find ourselves living in a society which affirms that same-sex eroticism, ubiquitous pornography and gender manipulation are valid expressions of human freedom and that to oppose them is an unacceptable expression of bigotry, which must be suppressed. On the one hand, our children are exposed to outright degeneracy, while on the other hand, their Christian faith is being suppressed. Continue reading

4 Responses to The Tyranny of Decadence