Posted By Marsha West on June 21, 2016 in Culture War, In the News, Liberalism, Spiritual Warfare
Share 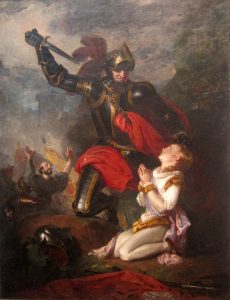 [NOTE: I have to be careful what I write today, because a Muslim fanatic shot up a gay bar and Christians are to blame, somehow. Every form of resistance to the demands of organized sodomy will be declared the moral equivalent of the Orlando massacre.

So all I will say is this. Sorry, liberals, but this was your fault, not ours. You fostered and coddled homosexual activism. At the same time, you have tried to do the same with Islam, which you have imported.

And I think you knew that all along, but didn’t care.]

We’ve been wondering what will be the Left’s next big social engineering project, once the transgender movement has run its course and people are in jail for using the wrong pronoun.

Some would bet on pedophilia. Temple University, for one, has been working hard for decades to convince society that it’s beneficial for children to have sex with adults. Only they don’t call it that. They call it “consensual inter-generational sex,” and by the time you figure out that’s just a fancy term for pedophilia, the deed’s been done.

Last week, though, the Supreme Court of Canada, with a stroke of the pen, created another Cherished Minority—people who have sex with animals. Yes, they virtually legalized bestiality, except for one particular act which need not be mentioned here.  Continue reading

One Response to They’re Killing Our Culture