Pastor Gabriel Hughes, who is the voice and creator of the video series When We Understand the Text, reminds us that false teaching is a deadly thing and that false teachers will be destroyed — and so will those who believe and follow false teaching.  Hughes examines the teaching of some of these people and (gasp!) names names. 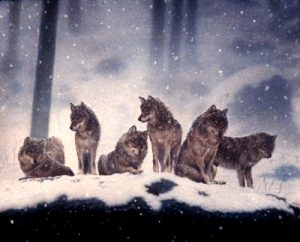 Friday, I posted a new WWUTT video on John 10:10 which reads, “The thief comes only to steal and kill and destroy. I came that they may have life, and have it abundantly.” The “thief” is often depicted as Satan. The context refers not to Satan but agents of Satan. Jesus was specifically talking about false teachers, whom he describes as thieves and robbers (see John 10:1-10).

In doing so, Jesus was referencing Ezekiel 34 where the prophet said the following:

When Jesus said to Zacchaeus in Luke 19:10, “For the Son of Man came to seek and to save the lost,” this was also a reference to being the Good Shepherd (also John 10:11) who came to seek and to save the sheep who had not been tended by the shepherds. False teachers do not unify the people of God. They scatter them to be devoured by more false teachings, falling into a snare of the devil (1 Timothy 3:7, 2 Timothy 2:26).

Pastor means shepherd. All pastors are called to tend God’s sheep, and the sheep are instructed to be subject to the authority of the shepherds (1 Peter 5:1-5). We are warned though that many will pose as shepherds but inside are ravenous wolves (Matthew 7:15). One of the job descriptions of a pastor is to teach sound doctrine and rebuke those who contradict it, warning the sheep against false teachers (Titus 1:9).

The Bible reserves its harshest criticisms for false teachers, and John 10:10 is one of those criticisms. False teachers do far worse than add a few words here or there or take a few verses out of context. What they preach is the teaching of demons (1 Timothy 4:1-2). Irreverent babble and the mishandling of God’s word spreads like an infection that causes parts of the body to fall off and leads to ungodliness (2 Timothy 2:15-17).

The Scriptures say that unless they repent of their false teaching, they will be judged as liars, thieves, and murderers (Revelation 21:8). Jesus said not everyone who calls him “Lord, Lord,” will enter the kingdom of heaven, but only those who did the will of his Father (Matthew 7:21). The ignorant and unstable twist the Scriptures to their own destruction. Therefore we must be careful not to be carried away by the error of lawless people and thus lose our steadfastness in the faith (2 Peter 3:16-17).

Do you understand the seriousness? False teaching is a deadly thing. Those who teach falsely will be destroyed, as will those who believe and follow such false teaching. But the Lord knows who are his (2 Timothy 2:19). Those who are his sheep will hear his voice and follow the Good Shepherd (John 10:1-11).  Continue reading

Many articles on false teachers

2 Responses to Thieves and Robbers: Knowing the False Teachers