Posted By Marsha West on November 21, 2015 in Christian Life
Share 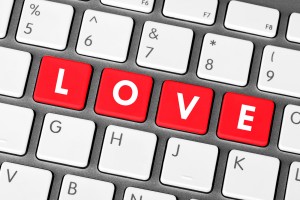 The Bible is full of warnings. They are there because God loves us, and wants us to turn from that which will harm us or lead us into great danger. Whether it is a warning about falling away, or a warning about judgment to come if sinners will not repent and turn from their sin, these warnings are given in love and need to be taken seriously.

In the same way believers are called to warn, to challenge, to alert, and to rebuke when necessary. Again, this is something we do not because we hate folks but because we love them. It is a failure to love to refuse to warn someone of some great danger ahead.

If you know the bridge up ahead is out, then you show love to your neighbour by warning them about the impending danger. If you know that certain lifestyle choices are going to shorten one’s life, such as cigarette smoking, you warn those people out of concern for them.

Warning is a morally important part of expressing love. It is the person filled with indifference, apathy and carelessness who refuses to warn. He shows his utter lack of concern for people by not saying what needs to be said. This may happen because of fear or a false understanding of tolerance, but there is nothing loving about it.

That Scripture is filled with warnings is an easy thing to demonstrate. Let me offer just a few passages here from each Testament:

Numbers 26:10 The earth opened its mouth and swallowed them along with Korah, whose followers died when the fire devoured the 250 men. And they served as a warning sign.

2 Kings 17:13 The Lord warned Israel and Judah through all his prophets and seers: “Turn from your evil ways. Observe my commands and decrees, in accordance with the entire Law that I commanded your ancestors to obey and that I delivered to you through my servants the prophets.”

2 Chronicles 15:1-2 The Spirit of God came on Azariah son of Oded. He went out to meet Asa and said to him, ‘Listen to me, Asa and all Judah and Benjamin. The LORD is with you when you are with him. If you seek him, he will be found by you, but if you forsake him, he will forsake you’.

Jeremiah 6:8 Take warning, Jerusalem, or I will turn away from you and make your land desolate so no one can live in it.

Jonah 3:6 When Jonah’s warning reached the king of Nineveh, he rose from his throne, took off his royal robes, covered himself with sackcloth and sat down in the dust.

Mark 8:15 “Be careful,” Jesus warned them. “Watch out for the yeast of the Pharisees and that of Herod.”

Luke 10:11 ‘Even the dust of your town we wipe from our feet as a warning to you. Yet be sure of this: The kingdom of God has come near.’

John 16:3-4 They will do such things because they have not known the Father or me. I have told you this, so that when their time comes you will remember that I warned you about them.

1 Corinthians 10:11 These things happened to them as examples and were written down as warnings for us, on whom the culmination of the ages has come.

1 Thessalonians 4:6 Lord will punish all those who commit such sins, as we told you and warned you before.

Warning is a normal part of the Christian life. We are to warn fellow believers and we are to warn even non-believers. This is basic Christianity, and it is odd that one should have to even remind others of such clear biblical truths. But now we must even warn about the lack of warnings!  Continue reading.

One Response to To warn is to love