Posted By Marsha West on November 5, 2016 in Discernment, Marriage 4
Share

In this piece Elizabeth Prata tackles biblical divorce.  She reminds us that God hates divorce.  And to divorce one’s spouse, except for the two reasons stated in the Bible, is a sin against God. (All sin is first and foremost against a holy God.)  For clarity, Summer White is the daughter of noted apologist and host of The Dividing Line radio program James R. White and Melissa Moore is the daughter of Bible teacher, speaker and author Beth Moore.  So let’s see if these Christian parents handled divorce biblically when it hit their families.  Elizabeth writes: 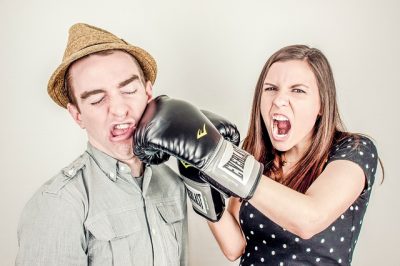 Many Christians have a sin or an issue which they have a particular affinity against or former involvement with. Children of alcoholics tend to have an interest in the Christian discussion of teetotaling. People who had been deceived by charismatic doctrine tend to be focused on deception/purity in the church. And so on.

Growing up in the sexual revolution 1960s and swinging 70s, monogamous marriage as an ordination from God suffered terribly as new sexual mores came into the American culture. No-fault divorce came about and as a result throughout the 1970s divorce rapidly began losing its stigma. Divorce as a “completely off the table” concept to “divorce is everywhere” fact occurred at a bewildering rate to my young eyes.

I’m not exaggerating about the rapid rate divorce took over. In this article by Meghan Kruger from the Roger Williams Law Review,

Between 1970 and 1985, the United States experienced an overhaul in divorce legislation. During that time, nearly every state either replaced or supplemented its fault-based system with some form of no-fault divorce

Divorce laws that had been instituted in the US for hundreds of years were were overhauled from coast to coast within just 15. That’s whiplash speed.

My parents divorced when I was 14. My father moved in with his much younger girlfriend and my mother continued seeing her older married gentlemen friend. Long lasting marriages were something that seemed to belong in a museum. I was very interested in what made a marriage work and hungry for its stability. I had no understanding of God’s view of marriage, because I was not saved until I was 43, but I knew it was very important.

Unfortunately I married early and unwisely. He fell in love with someone else and left, despite my interest in staying together. The second time I married, I was the one who chose divorce, for abandonment reasons. Both times I married and divorced the reasons were biblically allowable but it was moot, because I was unsaved. Divorce is very hurtful whether you’re saved or unsaved.

Novelist Pat Conroy said of his own marriage break-up, “Each divorce is the death of a small civilization.”

God hates divorce. (Malachi 2:16). As a saved person, I know that now. He hates it for all the reasons. He only sanctions divorce in two circumstances, if absolutely necessary: adultery and abandonment. (Matthew 19:7-9, 1 Corinthians 7:15-17). Even then, He discourages it.

Just as much as we love to see good marriages, we are heartened when people divorce well (when necessary and are biblically allowed). More on that below.

For example, John Piper had an issue with his young adult son Abraham being a prodigal for a while. Piper has spoken of it publicly in interviews and has written about it publicly. In this Christianity Today article the statement was made, “There’s nothing we fallible parents can do to ensure our kids will keep the faith.” The church did the right thing and excommunicated Abraham. Eventually Abraham came back to the fold. However, the article goes on to note,

there has been some controversy about whether or not he [Pastor John Piper] should’ve stepped down from the pastoral role according to the scriptural guidelines set forth in 1 Timothy 3:4-5 and Titus 1:6,

If the adult children or the wife of a leader sins, does that mean the leader falls below biblical standard for acceptable leadership? When the children are minors and living under the leader’s roof, certainly there is no doubt since the scripture is clear. But what if the child is 22 years old? 32 years old? 42 years old? Certainly if the sinning adult child is involved in the parent’s ministry then that adult child should be asked to step away. When it was revealed that RC Sproul Jr. had been involved in the Ashley Madison adultery site, he was temporarily suspended from the ministry that was founded and is led by his father, RC Sproul Sr.

The actions (sins) of the adult child do impact the ministry of the elder, especially if the younger is involved in the ministry. I’ve come across two situations where adult children of a leading Bible teacher have divorced: James R. White’s daughter Summer and Beth Moore’s daughter Melissa. Remember, divorce is a sin. It bears mentioning because Christians often focus on other ‘big sins’ to the exclusion of divorce.

Both Summer and Melissa are involved in ministries. Here are two case studies of divorces of well-known leaders’ children, and how each of their divorces were handled. I don’t point to these specifics in order to hurt the people involved. As I said, I know how much divorce hurts. However, it is an ordinance established by God, there are biblical rules regarding marriage, and as leaders who desire to teach the scriptures, the way they handle or view divorce in their own family speaks volumes as to whether said leader retains any credibility according to the above mentioned scriptures, never mind if the adult divorced child is also in ministry. The same would be true.