Posted By Marsha West on February 19, 2016 in Transgenderism 1
Share 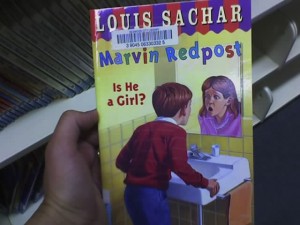 When a 9-year-old boy who identifies as Stormi, a transgender girl, started selling Girl Scout cookies, one neighbor was not amused, according to Buzzfeed.

The neighbor rebuffed him, reportedly saying, “Nobody wants to buy Girl Scout cookies from a boy in a dress.”

The neighbor is being called transphobic—but perhaps the neighbor thought he was being pranked by a boy and reacted accordingly. Not everyone assumes that a boy in a dress selling Girl Scout cookies is transgender.

Stormi looked like a boy to the neighbor because he really is a boy. Transgender people may deceive themselves, but they do not deceive others.

Life in society is not some fantasy world where a boy should pretend he has magically transformed himself into a girl simply by uttering the words “I am a girl” and changing how he presents himself.

The people who strongly object to the honest reaction from a man saying, “Nobody wants to buy Girl Scout cookies from a boy in a dress” are perhaps gender-phobic, rejecting and ridiculing the reality of male and female genders.

The people who encourage very young kids to act out, switch genders, and live a life of pretend need to understand that Stormi could be suffering from a dissociative disorder, just as happened with me. My feelings of not wanting to be a boy started in early childhood as result of cross-dressing at the hands of my grandma.

Stormi could be in need of psychotherapy, not a dress.

Caregivers all too often collaborate with a mental disorder instead of treating it. Telling a psychologically troubled boy he has changed genders is not compassion, but can become reckless parenting. By withholding psychotherapy, parents could be abusing the kid.