Elizabeth Prata delves into the latest trend in the visible Church that has God speaking to His people through visions, dreams, visits, i.e. extra-biblical revelation. Those who claim to hear directly from God say they’re Christians but the truth of the matter is that many of these people have fallen for the lies and half truths of NAR wolves; thus, they’re false converts. Those who are caught up in the NAR cult seemingly care more about experiencing “signs & wonders” than learning what the Bible actually teaches. With that out of the way, in this piece over at The End Time, Elizabeth shares some of what well known cult leaders such as Joseph Smith and Ellen G. White experienced and compares their experiences with the bizarre behavior charismatics go through during a worship service or so-called revival, to include “physical manifestations akin to epileptic seizures.” Scripture is applied to tie the manifestations to demon possession.  This is fascinating reading! 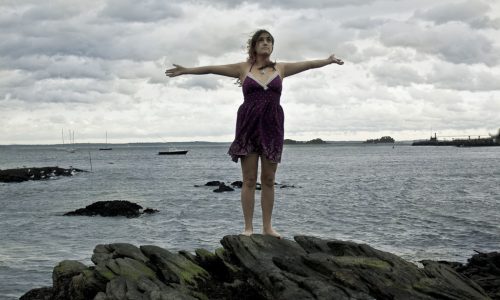 Have you noticed the similarity among some of the founders of the major false religions of what I call “prophetic fits”? Most cults in the world began from some kind of vision or direct revelation or visitation from celestial beings claiming to be Mary, Jesus, angels, and so on. I listed some below and more down further below.

Accompanying these visions and revelations and visits, are physical manifestations akin to epileptic seizures and fits that the recipients later report. The recipient of the revelation undergoes a physical trauma of, for example, flailing around, rapid heart beat, or no heartbeat, sweating, groaning, foaming at the mouth, high fevers, and the like. As I listened to one such physical fit that Muhammad had, founder of Islam, I was struck by its similarity to the incidents of demonic possession recorded in the Bible. I wondered if such fits were manifested by other cult founders during their visions or trances, and I learned that they did. Here are a few examples.

Muhammad – Founder of Islam. Muhammad notes that he was visited by an angel claiming to be Gabriel, who pressed or hugged Muhammad so hard that he couldn’t bear it. Three times this pressing hard on Muhammad occurred, though we have no record of any angelic visitation in the Bible where the angel manhandles the person to whom he is charged with bringing a message. Rather, each time, the angel unfailingly comforts or works to quell the fear in the person.

Muhammad was so spooked by the angel and his experience, initially he suspected the visions were from evil spirits. In addition to the previously reported physical manifestations, sometimes Muhammad growled like a camel, and streamed with perspiration even if it was cold. He saw a bright light quite often. The seizures were thorough and convincing. Adherents and critics alike acknowledged Muhammad did suffer from a physical manifestation of some kind. The only question among critics in his day and to this day, was whether Muhammad’s fits were genuinely divinely sent or were evidence of a demonic possession.

Joseph Smith, founder of the church of Latter Day Saints, AKA Mormons, also displayed physical symptoms in some kind of fit that coincided with his revelations, also supposedly from Gabriel. In addition to “Gabriel”, twenty-three other divinely sent visitors also revealed ‘truths’ to Joseph, including dead men such as Adam, Abraham, and Joseph’s own brother Alvin. These ghostly appearances of dead mortal men violate biblical verses in Ecclesiastes 9:5-6, Leviticus 19:31, Leviticus 20:27, Deuteronomy 18:10-13 and several others.

When these revelations occurred, Joseph Smith was seized with a strange power, he was rendered speechless, and he fell on his back. He had visions of darkness and light, a light similarly described as Muhammad’s light.

Ellen G. White– This is the woman who is acknowledged as founding the Seventh Day Adventism cult. The following is from Wikipedia’s entry Criticism of Ellen G. White.

“Her physical experiences during the visions revolved around, becoming unconscious, losing control of her arms and legs, shallow breathing and visual phenomena all of which are symptoms of an epileptic fit such as automatic movements of the hands or mouth, altered ability to respond to others, unusual speech, or unusual behaviors all of which were experienced during these visions. Moreover, following each of these seizures, there is some period of recovery in which neurological function is altered. This is called the postictal state. These states were independently witnessed by Ellen G. White’s followers.” Continue reading

AND THE NEW APOSTOLIC REFORMATION

Why Doesn’t God Just Talk To Me?
Revealing Quotes by Influential Contemplatives