Reformed pastor Voddie Baucham talks with World Magazine’s Warren Cole Smith about his work at home and explains his bold move to Zambia with his wife and seven of their children. 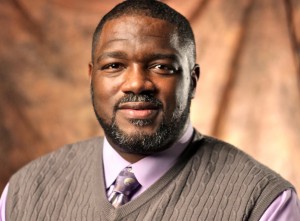 Voddie Baucham is a husband, father, pastor, author, professor, conference speaker, and church planter. He currently serves as pastor of preaching at Grace Family Baptist Church in Spring, Texas. He’s also served as an adjunct professor at Reformed Theological Seminary in Houston. Whether teaching on classical apologetic issues such as the validity and historicity of the Bible or the resurrection of Christ or teaching on cultural issues, such as gender roles, marriage, and family, he says his goal is to help people understand the significance of thinking and living biblically in every area of life. We had this conversation at an event hosted by Alliance Defending Freedom.

You’ve become well-known within the homeschool community, at least in part because you have nine children in homeschool. How did you decide to homeschool them? I didn’t know anything about homeschooling. I was on staff at a church in Sugarland, Texas, and there was a strong homeschool group there. Our older two children were the only two children we had at the time, and they had started school at the Christian school that was part of our church. I met these homeschoolers, and I was intrigued, mainly because I hadn’t heard about it.

One Response to Voddie Baucham’s big move to Africa