For some reason while speaking in tongues some charismatic leaders repeat the phrase “shaka baba” (here).  What language is this and what does it mean exactly? NAR “apostle” Heidi Baker says it means “to ascend.” While preaching, another NAR leader John Kilpatrick uttered “shi-yah-nih-yah…yi-yi-yi-yi…oh come on praise him!” Later “sha-ba-ba-ba….ba!  Charismatics would have us believe that the Holy Spirit fills followers of Jesus Christ to have them utter baby talk that makes no sense to anyone.  There’s more where this came from, brethren. Go to YouTube and search “talking in tongues.”

Anyway, the following blog post by Eric Davis from The Cripplegate will not go over well with people who believe that the gift of tongues spoken of in the Bible is extant today. Davis offers eleven reasons why he believes there is no gift of tongues. He writes: 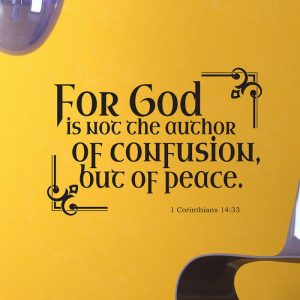 From time to time pastors are asked about a phenomena common to Christianity in the past one hundred years called “the gift of tongues.” The phrase generally refers to a spectrum of experiences, ranging from a supposed private, non-earthly prayer language spoken between the believer and God enabled by the Holy Spirit, to an angelic, non-earthly prayer language by the believer in prayer and worship, to an ecstatic non-earthly utterance enabled by the Spirit spontaneously in the believer in private and/or public worship.

Understandably, the phenomena has created much excitement and inquiry since its rise in the early 1900’s. Professing Christians who experience the phenomena often testify to things such as the encouraging feeling it brings, comfort in the Christian life, and joy. Notwithstanding these, and many other experiences, God’s people must evaluate all things claimed to be of God by proper interpretation of Scripture. When done so, it becomes apparent that this phenomena cannot be justified from the word of God. Having said that, Scripture does teach that there existed a miraculous gift of languages during the foundational, apostolic era of the New Testament Church. As clear from Scripture, this was the miraculous ability to speak an unlearned language that is known by others on earth for the purpose of exalting Christ and building up others, while pronouncing judgment on Israel. This was a critical gift for laying the foundation of the Church, and, as such, has ceased. However, phenomena as previously mentioned and beyond the biblical gift of languages cannot be justified from Scripture. Briefly, here are eleven reasons why there is no gift of tongues.

“Tongues” is an unfortunate rendering of the Greek word γλῶσσα. The word refers either to the tongue organ or spoken human languages understood by other people groups on Earth. Thus, references both in Acts and 1 Corinthians 12-14 refer, not to a private prayer phenomena, but a gift of languages, involving human earthly languages.

In 1 Corinthians 12-14, the gift of “tongues,” or “languages,” is referred to as a spiritual gift. There, the apostle Paul teaches that a spiritual gift is an enabling of the Holy Spirit given to regenerate individuals to exalt the lordship of Christ, serve the common good of others, to be used in love for others’ edification, and exercised in an orderly manner. Therefore, the idea of an individualized, private communing contradicts the meaning of New Testament spiritual gifts and renders a gift of tongues as unsubstantiated from Scripture.

Tragically, Israel had spurned Yahweh for centuries, culminating in the rejection of her Messiah. Consequently, God judged Israel in faithfulness to his word and covenant warnings. In part, this judgment involved setting Israel aside for the sake of the church. God would no longer center his redemptive plan on the ethnic nation of Israel, but a spiritual nation; the church. Acts records this glorious transition, as the Spirit empowered believers to make disciples from and among all nations. The idea of an individualized private prayer language contradicts the redemptive historical purpose of the gift of languages in the transitional time of Acts.

In a very vivid way, the God of the nations showed with the gift of languages that one need not immerse themselves in Israeli ethnicity to enter his favor. Believers need no not speak Hebrew and become a Jewish proselyte. Instead, God miraculously enabled people to speak the languages of the nations in order to speak the good news of Christ to the nations. Thus, the transitional nature of salvation history in the first century forbids the idea that this gift was a private prayer language. In no way is it a private phenomenon, but a corporate marvel for the nations and in judgment of Israel (cf. 1 Cor. 14:21).