Posted By Marsha West on June 26, 2015 in Homosexual Agenda, In the News
Share

In light of the U.S. Supreme Court’s disastrous decision on same-sex marriage, I’m posting an article I wrote a few years ago where I dealt with the ridiculous notion that Jesus never addressed homosexuality. That He never said anything about homosexuality is utter nonsense.  Moreover, it is one of the most outrageous lies foisted on the public by those in the “Progressive Christian” movement.   These people are many things.  But one thing they are not is Bible believing Christians. Please consider sharing this article with family and friends. 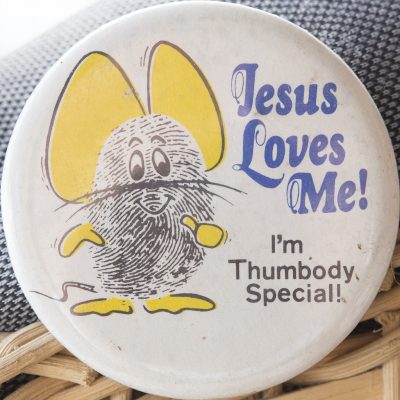 Is it true that Jesus never mentioned anything about homosexuality?  That He never brought it up, even once?  Most of us have heard the argument that the Gospels have no record of Jesus condemning homosexuality.  There are individuals, especially from the militant homosexual rights movement, who utter this fabrication with all the raw hostility of liberals who think abortion is their God given right.

The “Jesus never mentioned homosexuality” argument is meant to bully people into believing that Jesus actually took a benign attitude towards same-sex acts.  Liberals reason that if Jesus disapproved of homosexuality, He would have said so. Moreover, He never mentioned gay sex, thus He didn’t condemn it.

Most people, including some Christians, don’t have a clue what Jesus did or did not say on any given subject, let alone what He thought about same-sex practices, so they fall for the “Jesus never mentioned homosexuality” lie, hook, line and sinker.

So, does Jesus approve of homosexual relationships?

At the very heart of the Christian view of God is the Holy Trinity.  (This is not an essay on Christian doctrine, so bear with me for a moment.)  Classical Christianity has believed that God exists in Holy Trinity, or tri-personality — the Father, Son, and Holy Spirit.  The Trinity is not three gods in one.  Each Person of the Trinity is fully God. They are one in essence with three separate and distinct personalities.  All are infinite and eternal.  Jesus Christ, the Son, is the Second person of the Trinity.  The Son is in perfect union with the Father and the Holy Spirit.  They are never, nor could they ever be out of union with one another.  Jesus said, “I and the Father are one” (John 10:30). The deity of the Holy Spirit is also evident.  In Acts 5:3-4 Peter told Ananias that by lying to the Holy Spirit, he had lied to God.

The crux of the matter is this: Those who try to make their case by arguing, “Jesus never mentioned homosexuality” are either ignorant of the doctrine of the Holy Trinity, or they ignore it for the purpose of supporting a hollow argument.

The late Lehman Strauss offered the following insight into the Apostle Paul’s clear teaching on homosexuality: 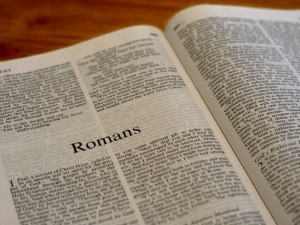 “In Romans 1:26-31 twenty-three punishable sins are listed with homosexuality leading the list. Paul wrote, “For this cause God gave them up into vile affections: for even their women did change the natural use into that which is against nature: And likewise also the men, leaving the natural use of the woman, burned in their lust one toward another; men with men working that which is unseemly, and receiving in themselves that recompense of their error which was meet” (Romans 1:26, 27). These verses are telling us that homosexuals suffer in their body and personality the inevitable consequences of their wrong doing. Notice that the behaviour of the homosexual is described as a “vile affection” (1:26). The Greek word translated “vile” (atimia) means filthy, dirty, evil, dishonourable. The word “affection” in Greek is pathos, used by the Greeks of either a good or bad desire. Here in the context of Romans it is used in a bad sense. The “vile affection” is a degrading passion, a shameful lust. Both the desire…and the act of homosexuality are condemned in the Bible as sin.”

In Galatians 1:11-12 Paul provides his qualifications to speak for God: “For I would have you know, brothers, that the gospel that was preached by me is not man’s gospel.  For I did not receive it from any man, nor was I taught it, but I received it through a revelation of Jesus Christ.” Later he tells how he went to Arabia to be trained “in the school of the Spirit in order that he might receive greater revelations concerning the mysteries of the Gospel of the glorified Christ.”

Paul’s ideas were more than his own speculations.  He says his thoughts came directly from the Second and Third members of the Trinity.

What does God the Father say about homosexuality?  “You shall not lie with a male as with a woman; it is an abomination” (Leviticus 18:22).  By their very nature the Son and the Holy Spirit agree with the Father that for a man to lie with a man is detestable.

“It is significant,” says Harold Janz, “that while virtually nothing is written in ancient literature about female homosexual activity, Paul in Romans 1 does. He treats both homosexuality and lesbianism the same and understands both to be wrong for the same reasons. It is important to note…that Paul echoes the words of the creation account in Romans. He speaks of those who substitute images of the creation for the Creator and go “against nature” in committing unnatural acts with one another. Those who do so, he says, are both females and males, using not the usual Greek words for women and men, but the words used in Genesis, “female” and “male.” Paul is saying that we must look back toward the order that God established in creation to recognize where we’ve gone wrong.”

Those who commit unnatural sexual acts with one another go against God’s moral order for humanity.  Sadly, men and women who indulge in moral anarchy don’t really give a hoot what God thinks.  Essentially they’re saying to Him, “Stay out of my life!”

Why would God hang around where He is not invited? 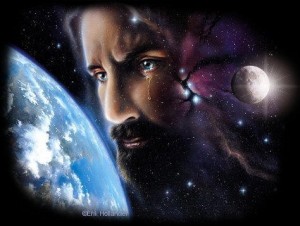 The Bible tells us that God weeps over our indiscretions.  He wept over Jerusalem because her people killed the prophets and would not turn to Him.  Our disobedience makes Him angry.  The God who wept over Jerusalem is the same God who destroyed Sodom because most of its citizens were moral degenerates.

In Romans 1:25-28 Paul blames moral depravity on men and women who “exchanged the truth about God for a lie,” and those who “did not see fit to acknowledge God.”  When you come right down to it, the immoral individuals Paul was talking about dethroned God and deified themselves! Consequently, He punished their sin by delivering them over to it.

But these people blaspheme all that they do not understand, and they are destroyed by all that they, like unreasoning animals, understand instinctively. Woe to them! (Jude 1:10-11)

It’s worth noting that the Bible speaks of no homosexual role models. When homosexuality is spoken of it’s always in the negative.  Because the Gospels have no record of Jesus mentioning homosexuality, gays and lesbians would have us believe that He must have approved of it.  From His silence they conclude that sodomy is “normal and healthy.”  First of all, sexual relations between a man and a woman exemplify normal behavior. Moreover, there is nothing healthy about engaging in sodomy.  The fact of the matter is that homosexual sex has serious health risks and illnesses.

Although sin shouldn’t be taken lightly, it is imperative for Christians to hate the sin but love the sinner.  Even if we disapprove of someone’s lifestyle and/or choices we are expected to treat them with kindness and respect.  Bear in mind, though, that withholding what the Bible teaches on homosexuality from someone who’s indulging in risky behavior isn’t loving it is cowardice, even hateful.

Anyone who does not love does not know God, because God is love. In this the love of God was made manifest among us, that God sent his only Son into the world, so that we might live through him. (1 John 4:8-9)

“I will not bow to the Court on this gay-marriage decision any more than the Founders bowed to British tyranny”
Justice Scalia Issues Scathing Dissent in Same-Sex ‘Marriage’ Ruling: ‘Pride Goeth Before a Fall’

5 Responses to Would the Son of God Contradict the Father?