Posted By Marsha West on July 10, 2017 in Discernment, False Teacher Alert, Women and the Church 20
Share

Lois Putnam of Learn to Discern Granny has a quote from Roger Oakland women should heed: “In fact, in many churches … books replace the Bible altogether.  Rather than teach verse-by-verse … the leader of the women’s study teaches page-by-page through a book that is very appealing to the flesh and provides additional revelation to the Bible.  When a discerning woman in the study goes to the pastor and expresses her concerns, she is often chided for being divisive, or her concerns are totally overlooked.” Putnam offers some good advice to women and men alike: 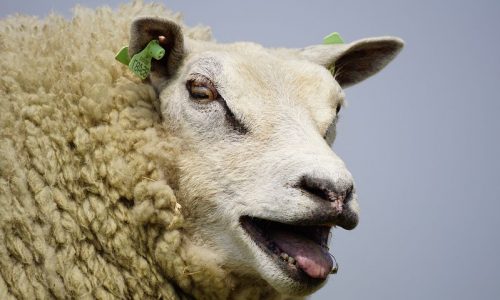 “What? We’re doing a verse-by-verse Bible study? Count me in!”

Not long ago a dear friend wrote me an e-mail that she titled: “Yet Another One.”  In her note she wrote that a former pastor’s wife had just messaged many on Facebook touting “Jesus Calling.”    Now this seasoned pastor’s wife seemed to have absolutely no clue, or discernment, that there were any problems with Sarah Young’s devotional Jesus Calling.  Sadly, she had never read Warren Smith’s classic critique: Another Jesus Calling.

This made me think of many other ladies, often seniors, I had already encountered that thought Jesus Calling the very best devotional ever.  There was the friend of my friend, a Bible study leader loved by many, who promoted Jesus Calling.  There was the senior lady to whom we mentioned Jesus Calling as problematic who immediately asserted it was wonderful.  There was the lady at an apologetics meeting who confessed to the attendees she’d been in a group who used it as a Bible Study. And there was the lady at a luncheon who couldn’t get over the fact it could be dangerous.  Now, mind you, all these women were sincere, and assumed to be mature Christians.  Yet, all were hooked on Jesus Calling having no idea it was birthed out of the channeled book: God Calling.

Some Are Not Discerning

Why are these ladies so easily led astray?  I believe one of the biggest reasons is their intense fascination with something more, and something new rather than as Peter admonished, “As newborn babes desire the sincere milk of the word, that ye may grow thereby.”  (I Peter 2:2)

And is often the case, few, if any, have warned these believers that they themselves should research, and ask questions about these daily devotionals, and so-called “Bible Studies.”  In most instances, not even their pastors have looked into the studies either, much less warned about them.  Pastors too, like many others, have bought into the notion we should not be critical of any one especially those who declare themselves Christians.  Maybe, it is like one church where it’s assumed that they are all so solidly biblical, that few false teachings will ever seep into their pews.  Oh, how they are mistaken!

When one realizes there is deception within these studies and says something, those offended turn away angrily, or give huffy reasons why these books just have to be good.  And if one goes to her pastor to question a particular study often the answer is: “I trust Mrs. ….. she is such an astounding prayer warrior, and just an amazing Bible teacher.”  Meantime, the studies go on and on and there is always “Yet Another One” to fall victim to their teachings.

Yet Many More Will Be Deceived

Now, it was just a week ago in our Sunday bulletin, that I noticed an announcement of another tantalizing Ladies Bible Study “Uninvited” by New York Times best-selling author Lysa TerKeurst from Proverbs 31 Ministries.  Having recently been asked about Lysa by two of my discerning friends I knew I must do more research.  Who is Lysa?  Is Lysa’s ministry a good one to buy into?  What church is Lysa associated with?  What conferences does Lysa speak at?  Is Lysa’s color book quote in Waterbrook’s popular color book Whatever Is Lovely a good thing?  What is concerning about all Lysa’s personal quotes?  These are just a few of the questions I set about to uncover.*

Roger Oakland, in The Good Shepherd Calls: An Urgent Message for the Last Days Church, so graphically describes what I have encountered when he writes, “One of the most effective ways for contemplative mysticism, … to creep in is through recommended books for the women of the church in the ‘Ladies Ministry.’  Millions of women are reading books like Jesus Calling by Sarah Young, and books by Beth Moore are read and studied more than the Bible.”

Roger adds, “In fact, in many churches their books replace the Bible altogether.  Rather than teach verse-by-verse … the leader of the women’s study teaches page-by-page through a book that is very appealing to the flesh and provides additional revelation to the Bible.  When a discerning woman in the study goes to the pastor and expresses her concerns, she is often chided for being divisive, or her concerns are totally overlooked.”

Roger is spot on when he observes, “One of the problems is this: often the pastor’s wife is the leader of the women’s study.  He may or not recognize that his wife is off track.” (p.212)  And I would write, “How very true!”  Continue reading

Is it Always God’s Will to Heal?
Global Leadership 2017 doubles down on carnality

20 Responses to Yet Another One –An Undiscerning Believer– Is Being Deceived!