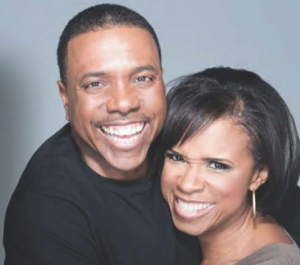 Prosperity preacher Creflo Dollar is determined to have that jet he says he’s “believing God for.”  Heather Clark of Christian News Network reports that some people are alarmed that the pastor, who lives in a million dollar home, needs such an expensive aircraft :

Televangelist Creflo Dollar defied opponents of his global effort to purchase a $65 million dollar jet in a recent message delivered to his congregation.

As previously reported, staff World Changers Church International in College Park, Ga. had posted an online plead on the organization’s website last month as Dollar asked for 200,000 people to donate $300 dollars each so that he could purchase a new G650 airplane.

Dollar explained that his current 1984 jet, which he purchased in 1999, experienced engine failure in London on a recent trip to Australia. He said that the plane is grounded and is in need of being replaced.

“The plane is not so Creflo Dollar can get on by himself and fly,” public relations representative Juda Engelmayer told the Christian Post. “They take a ministry team of 10 to 15 people with them. They take thousands of pounds of food and provisions with them when they go around the world. If he’s coming to the New York church, he’ll hop on a Delta flight. If he’s taking 12 people plus 100,000 pounds of food, it’s not that simple.”

But as word broke about the project, some still expressed dismay as to why Dollar, who leads a 30,000-member megachurch and lives in a million dollar home, needs such an expensive aircraft, which is reportedly sought out by billionaires. David Graham, Global Express aircraft captain with Advanced Air Management, told the publication that Engelmayer’s claims don’t add up.

“[The aircraft] cannot carry 12 people and 100,000 pounds of food and supplies,” he said.  Continue reading

DOWNLOAD OUR WHITE PAPER OF THE WORD OF FAITH MOVEMENT

One Response to ‘You Cannot Stop Me’: Televangelist Creflo Dollar Defies Opponents in Effort to Buy $65 Million Jet