Posted By Marsha West on October 2, 2015 in Entertainment
Share

Most of us know that our culture has gone to the dogs.  Even Kermit and Miss Piggy have been affected–or infected, as you will see.  In this piece Lee Duigon, a contributing editor with the Chalcedon Foundation,  reveals that Jim Henson’s beloved Muppets are sliding into the moral abyss with the rest of us.  Duigon also calls our attention to some of the “cultural debris flying around America today.”: 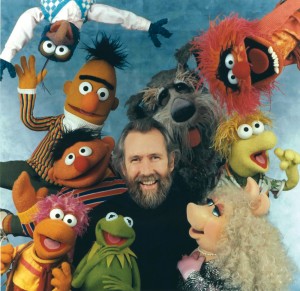 Oh, what a week for moral meltdown!

When the culture goes bye-bye, the nation goes with it. Look at Europe. If no more Muslim “refugees” come in, not one, they’re still going to have a hard time getting their act back together—if they can do it at all. That’s because the Muslims brought their culture with them, and it doesn’t mix with Europe’s.

Fleeing their native lands, which have become hell-holes, hordes of Muslims have descended on Europe—bringing with them the very culture that turned their countries into hell-holes in the first place. You can’t run away from what you bring with you. The culture defines the nation.

What a depressing thought.

Here in America we have our own illegal immigration problem, brewed up for us by our idiot rulers. But we don’t need illegal aliens to kill our culture. We’re doing a fine job of that all on our own.

Let’s look at just a very few pieces of the cultural debris flying around America today.

Remember those loveable Muppets? A whole generation grew up watching them. They were only puppets, but they were stars—Kermit the Frog and Miss Piggy, Bert and Ernie, Cookie Monster: kids were crazy about ‘em.

Now there’s a new Muppet show on ABC-TV, and you have to shoo your kids out of the room when it comes on. The Muppets have been reconfigured as “adult entertainment”—and you know what that means, when Hollywood says it. The new sex-saturated Muppets have even grossed out GQ, Gentleman’s Quarterly, not widely known for its prudishness. And you know kids are going to be watching it, parents notwithstanding.  Continue reading

One Response to You can’t do this to the culture