Posted By Marsha West on April 14, 2018 in Christian Life
Share

Bible study author, speaker and blogger Michelle Lesley offers 7 reasons God gives us in His Word to love and forgive our enemies. Here’s one example: You Can’t Love Jesus With A Heart Full Of Unforgiveness. The reason she gives is that “Your enemy – that person you hate and refuse to forgive because he hurt you – has sinned infinitely more against a holy and righteous God than he could ever sin against you.”  Sadly, most Christians never even consider that all sin is first and foremost against a holy God.

Now discover 6 more reasons Christians must forgive those who have sinned against them: 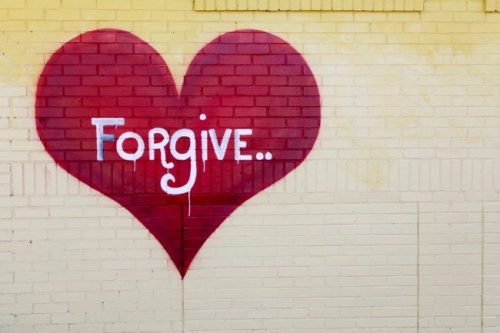 Human beings are capable of egregious depravity toward one another. The atrocities of war. Horrifying crimes. The cruelty of torture and persecution. All in an attempt to fill a wicked heart’s insatiable lust for evil, power, money, or the approval of a god.

And no one knew more about that than Jesus.

Jesus was born into a tumultuous and oppressive world. Long gone were the golden days of David and Solomon when Israel was a self-governing nation at the peak of power and opulence. In Jesus’ time, subjugation and sorrow were the order of the day as God’s people writhed under the iron boot of the Roman Empire.

Even from Jesus’ birth narrative, we catch a glimpse of the terrorism running roughshod over his homeland. The first event Matthew relates to us about Jesus’ life is what is often called “the massacre of the innocents.”

Herod the Great, in a yet another paranoid frenzy to protect his throne, had his soldiers march through the streets of Bethlehem and the surrounding area and slaughter every baby boy under the age of three. Infants, ripped from their mothers’ arms, only to have their skulls savagely crushed. Toddlers at play, run through with the sword.

Luke tells us that Jesus’ relatives resided in Bethlehem, so it’s probable that this heinous event directly impacted His family. Perhaps He lost a cousin he would have played with as a child, or a nephew He might have apprenticed alongside in Joseph’s workshop.

Jesus was also no stranger to crucifixion. It was a common occurrence in His day, and victims of crucifixion were made a public spectacle to serve as a warning to any that dared disturb the tenuous peace of Pax Romana. It is likely He witnessed crucifixions on occasion and might even have been acquainted with someone who was crucified.

We know Jesus was well acquainted with one casualty of brutality. Jesus’ beloved cousin John – who had baptized Him, about whom Jesus declared there was no one greater – was imprisoned by Herod Antipas to appease his ill-gotten wife, and subsequently executed, his head on a platter a present for a dancing girl.

All this misery at the hands of the Romans is to say nothing of the of the scorn, rejection, and persecution Jesus experienced from His own people. “A prophet is not without honor,” He said, “except in his hometown and among his relatives and in his own household.”

And in the end, Jesus was personally subjected to unparalleled agony from an alliance between those in His household of Israel and His Roman enemies. Betrayed by a close friend. Slandered, falsely accused, and convicted by Jewish leaders. Flayed, mocked, and spat upon by soldiers. Scorned and reviled by the crowds. Coronated with a crown of thorns and nailed to a cross by the decree of Pilate.

Jesus lived a life despised and rejected by men; a man of sorrows and acquainted with grief.

If anyone had cause to hate someone who had hurt Him or those He loved – an individual, a people group, a religion’s adherents, a nationality, a race – it was Jesus.

And yet time and again Jesus’ example and mandate to those who would follow Him was not to hate, take revenge, or curse the enemy, but to love and forgive.

It is spiritually dishonest to claim to be a follower of Christ while nourishing and cherishing hatred in your heart against an enemy. Here are just a few of the reasons God gives us in His Word:

1.
You can’t love Jesus with a heart full of rebellion

“You have heard that it was said, ‘You shall love your neighbor and hate your enemy.’ But I say to you, Love your enemies and pray for those who persecute you, so that you may be sons of your Father who is in heaven.”
Matthew 5:43-45a

“But I say to you who hear, Love your enemies, do good to those who hate you, bless those who curse you, pray for those who abuse you…But love your enemies, and do good, and lend, expecting nothing in return, and your reward will be great, and you will be sons of the Most High, for he is kind to the ungrateful and the evil. Be merciful, even as your Father is merciful.”
Luke 6:27,35-36

Christ instructs us love our enemies. This isn’t an option or a suggestion. It is a direct order from our Commander in Chief. Who has the right to say he is a loyal soldier of the King while knowingly standing in rebellion against His command?  Continue reading