Those of us who are involved in online discernment ministries (ODM) take on Scripture twisters and outright heretics.  Professing Christians who’ve fallen into false teaching come back at us with “take the log out of your own eye,” as if bringing truth to light means we’re judging. ODM’s have been labeled “Heresy Hunter,” “Legalist,” “Pharisee” and we’re charged with “quenching the Holy Spirit” for doing what we’re commanded to do: “test the spirits to see whether they are from God, for many false prophets have gone out into the world. (1 John 4:1) False prophets hate being tested.  So their response is to turn the tables and make ODM’s out to be the villain. I mean, how dare commoners judge Christians who’ve reached rock star status, right?

Over at Grace to You, Cameron Buettel tackles this very subject.  He lays out three biblical earmarks of a Pharisee, beginning with the person who supplements Scripture with all sorts of man-made rules.  He writes: 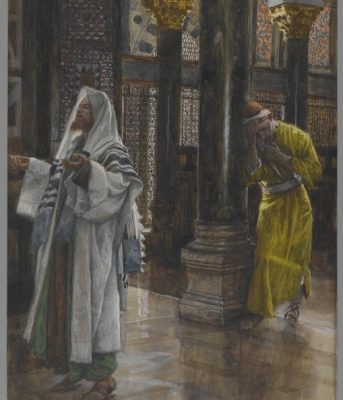 The odds are good that someone, somewhere, at some point has called you a Pharisee. The odds are even better that you’ve slapped that label on someone else.

It’s no surprise that the name “Pharisee” carries a leprous stigma. They’re the villains virtually every time they appear in the pages of Scripture. Jesus never had anything good to say about them. And their heavy-handed, legalistic authority made them a scourge to all of Israel—even other pious Jews.

In the evangelical vernacular, “Pharisee” is the umbrella term used to describe the gatekeepers of Jewish religion in the time of Christ. There were different ranks and factions—Scribes, Lawyers, Rabbis, Sadducees, Pharisees, and others—but all of them collectively represented the pharisaical religious system.

However, in modern usage the term cuts a much wider swath. And it’s that haphazard use that’s in focus for us today. God’s people need to break the habit of “playing the Pharisee card”—particularly to deflect confrontation or dismiss a rebuke. The fact is, there are modern Pharisees lurking among the church today. We do need to be able to spot them. But we also need to be careful how we deploy this potent pejorative.

To that end, let’s consider three biblical earmarks of these corrupt characters.

If You Supplement Scripture with Man-Made Rules, You Might Be a Pharisee

The Pharisees were far more fixated with enforcing their own pharisaical legal code than they were with administering God’s law. They did this by adding mountains of unbiblical fine print to biblical commands as well as inventing their own doctrines apart from Scripture:

Then some Pharisees and scribes came to Jesus from Jerusalem and said, “Why do Your disciples break the tradition of the elders? For they do not wash their hands when they eat bread.” And He answered and said to them, “Why do you yourselves transgress the commandment of God for the sake of your tradition? For God said, ‘Honor your father and mother,’ and, ‘He who speaks evil of father or mother is to be put to death.’ But you say, ‘Whoever says to his father or mother, “Whatever I have that would help you has been given to God,” he is not to honor his father or his mother.’ And by this you invalidated the word of God for the sake of your tradition. You hypocrites, rightly did Isaiah prophesy of you: ‘This people honors Me with their lips, but their heart is far away from Me. But in vain do they worship Me, teaching as doctrines the precepts of men.’” (Matthew 15:1–9)   Continue reading