Peter Jones of truthXchange reminds us that: We were promised by early homosexual rights advocates that granting personal sexual freedom would not change society. History has proven otherwise. Sexual radicals now demand “non-offensive” pronouns: “ze (he or she) laughed; I called hir (‘heer’); hir eyes gleam; that is hirs; ze likes hirself (‘heerself’).”

This, of course, turned out to be fiction, as you will see.  Dr. Jones writes: 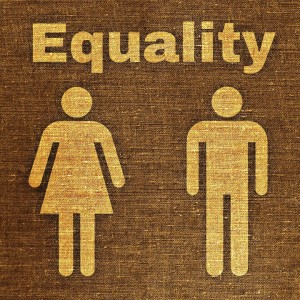 The new Western progressive view of sexuality claims that there are no given sexual identities. Each individual creates his, her “hir”, “zir”, “nir”, “vis”, “eir” or “Xyr” sexual self-definition in our approaching “just” society. No opposition will be considered. Here are some recent expressions of sexual self-determination:

A 60-something Bruce Jenner, one of the world’s greatest male athletes, has fashioned himself as a 30-something female pin-up who recently won the ESPN Arthur Ashe athletic award for courage;
In Toronto, a 6’2″, 46-year-old father has convinced himself that he is a 6-year-old girl, with the blessing of the Metropolitan Christian Church; At a 2016 United Methodist forum for their VBS programs, the Reconciling Ministries Network demanded workers to “drop the gender binary” by avoiding such offensive language as “boys and girls”; In the UK the Office of the Children’s Commissioner for England for school-children between 13 and 18 asked students to complete a questionnaire choosing from 22 “gender types,” included “gender non-conforming,” “tri-gender” and “gender fluid.”

Those who feel trapped in a body they don’t think matches their inner sexual identity have sometimes turned to drugs and surgery to create a new identity. It has been a failure. Objective scientific studies documenting the failure of this approach are often dismissed or ignored by government agencies.

Paul McHugh, during his forty years as University Distinguished Service Professor of Psychiatry at Johns Hopkins Medical School, saw exponential growth in sex-change interventions, done to accommodate “how you feel about yourself rather than the facts of nature.” His surgery team concluded that the practice brought no important benefits and they stopped offering such treatment as far back as the 1970s. A study in Sweden showed that “ten to fifteen years after surgical reassignment, the suicide rate of those who had undergone sex-reassignment surgery rose to twenty times that of comparable peers.” Alas, these studies “had little influence on the emergence of this new idea about sex, or upon the expansion of the number of ‘transgendered’ among young and old.”

The movement seems unstoppable. The Obama administration has gone on record to ban any form of “conversion therapy” for young people who are unsure of their gender identity. A doctor recommending such therapy could lose his license–while sex-change operations continue. We are in the presence of a determined ideology that will not suffer hindrances, even in the face of scientific evidence.  Continue reading

Francis Chan’s not afraid of the big bad wolf, says “I still love Mike Bickle!”
Mike Bickle among “those pastors who want to join the Catholics in unity”