Posted By Amy Spreeman on May 20, 2020 in New Age, Occult, Psychology in the Church
Share 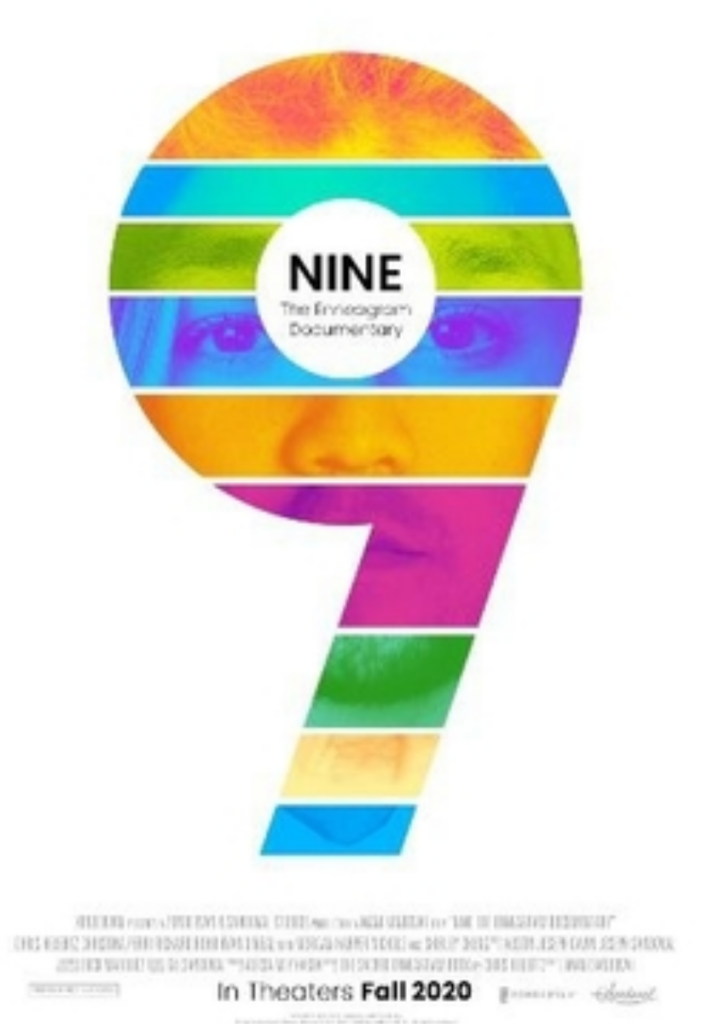 Logo for NINE: The Enneagram Documentary

“This is your invitation to begin the journey of a life transformed,” says Zondervan Publishing, the makers of NINE: The Enneagram Documentary.

This will be Zondervan’s first film, and it is launching this fall with heavy PR and marketing campaigning. And though they haven’t said so, I imagine the prepackaged sermonette kits are on the way.

Two things you need to know:

The film features Chris Heuertz, an Enneagram Expert, on a journey across America to introduce the essence of the nine profile types.

“The Enneagram reveals both the ways we get lost and the ways we find our way home to our True Self and to God. The ultimate message of NINE centers on answering the question ‘Why am I on this earth?’”

The companion book by Heuertz, titled The Enneagram of Belonging: A Compassionate Journey of Self-Acceptance, with a foreword by bestselling author Brené Brown, released this week. Heuertz is also the author of The Sacred Enneagram, that released in 2017 and has sold over 100,000 copies. 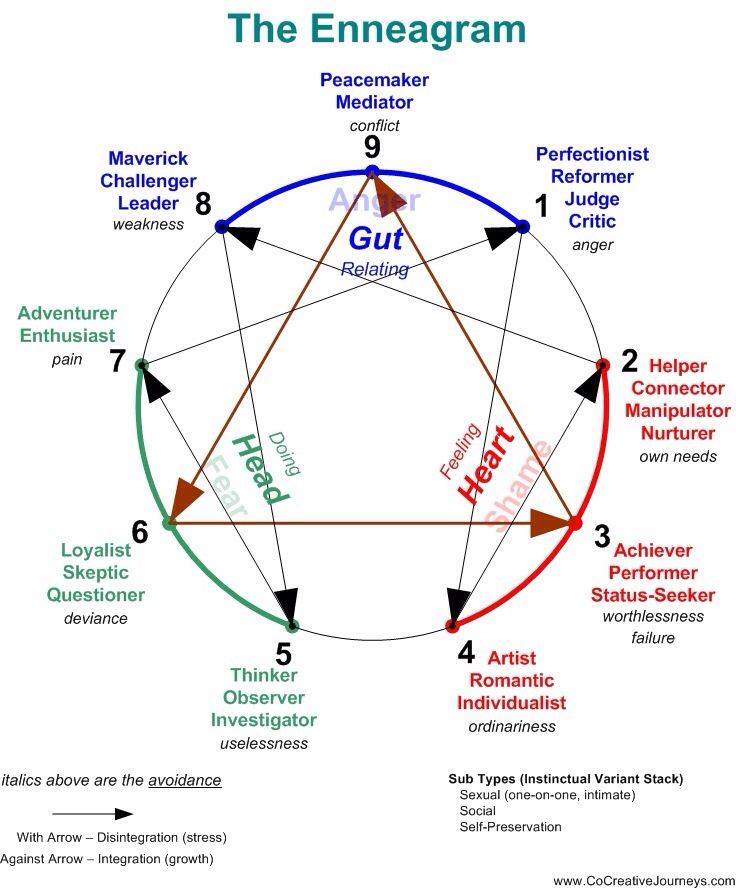 If you want to know why the enneagram is not something Christians should be fooling around with, ask the experts who’ve actually studied the Scripture’s warnings about such practices, which are a mix of the occult, New Age and pop-psychology. Those excellent resources are at the bottom of this article.

The Enneagram comes from the Greek words ennea (nine) and grammos (a written symbol). The nine-pointed enneagram symbol represents nine distinct strategies for connecting yourself to the rest of the world. What does this do? It helps you classify your personality from among 9 different personality types. Once you find your number, you look across to find adjacent types to see if you have another “wing.” As you’ll see by the image, it’s more complex.

It promises transformation.  Do you want to be transformed by the enneagram, or by the Holy Spirit as He sanctifies you and shapes you into Christ-likeness?

It’s a blender mix of pagan religions. From the Enneagram Institute: “The philosophy behind the Enneagram contains components from mystical Judaism (Kabbala) Christianity, Islam, Taoism, Buddhism, and ancient Greek philosophy.” In other words, it syncretizes different religious beliefs – never mind God said have no other gods before Me – into an enticing stew and slorped up by the evangelical book authors conference speakers and pastors promoting this in their churches – and from their pulpits.

Whenever something like this comes along, open your bible and read Galatians and then a few chapters in Acts, and then try to imagine those Christians who were boldly speaking out about the Gospel of Christ to the point of dying for their beliefs Now imagine if they were following these personality tests to try to find themselves. No! Preposterous. The Bible is very clear that God forbids such pagan practices and any kind of divination divination, which is a grave sin (1 Samuel 15:23; see also Deuteronomy 18:9, 12 & 14).

It ain’t ancient. Some proponents of the Enneagram call this an ancient practice from our so-called desert fathers, but it really isn’t. The earliest mention of the enneagram is found in the writings of the Russian occultist P. D. Ouspensky, who was starting to come up with the enneagram in 1920s. He attributes it to his teacher, the Greek-Armenian occultist Georges I. Gurd-jieff. Gurdjieff considered the enneagram a symbol of the cosmos, and at that time it had no connection with it to personality types. Gurdjieff’s method for awakening one’s consciousness comes from the pagan the fakir, monk and yogi, and thus he referred to it as the “Fourth Way”

Later another occultist, Óscar Ichazo, first connected the enneagram to personality. Ichazo claimed to have discovered the personality type meaning of the enneagram when it was taught to him by the Arc-angel Metra-ton while he was high on mescaline. I will link up some excellent material on a website called CANA (Christian Answers for the New Age) by Marcia Montenegro.

It’s a money-making machine. People are bringing this into the church and selling it to you via popular books, conferences and more: there is a growing number of books written about how to understand and use it. I did an amazon search and found more than 50.

Christians claim it can bring you closer to God – but… The Gospel is our invitation to be reconciled to God through the death and resurrection of Jesus Christ. Scripture says to “put off your old self” and “put on the new self created after the likeness of God.”  But here’s what a writer and therapist Katie Jo Ramsey for Relevant Magazine (not recommended) has to say in her article, How the Enneagram Can Point You to God: “The Enneagram is a guide to receiving the transforming presence of Christ in the exact places that sin and wounds make us fall short of the glory of God. Put simply, the Enneagram makes sanctification specific by giving us a roadmap to where we most need God’s healing. Instead of being at odds with God’s Word, the Enneagram propels us to heed to Scripture and be connected to its Author.”
Okay, isn’t that supposed to be what the Holy Spirit does?

Personality tests are what the world uses to glorify self.  The post modern church loves using the Myers Briggs, biorhythms, the color wheel, What Color Is Your Parachute? and Strengths Finder 2.0. Again, this would be unimaginable witchcraft to the early Church. 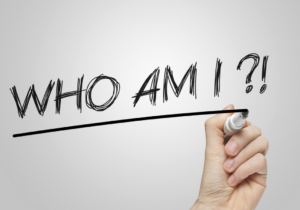 The Enneagram allows people to convey a significant amount of information about their personality in a compact way for people who speak the same cultural code. Once we read the descriptions of these categories, we can easily see ourselves in them.

How many times have you cracked open a fortune cookie with a vague message and thought – aha! This Chinese fortune really gets me! It’s called the Barnum effect, a psychological phenomenon that occurs when individuals believe that personality descriptions apply specifically to them (more so than to other people), despite the fact that the description is actually filled with information that applies to almost everyone.

The enneagram is worldly humanism opposite of what God’s Word teaches. The Bible commands the Christian to “set” their “hearts” and “minds on things above, not on earthly things” and “Put to death, therefore, whatever belongs to your earthly nature: sexual immorality, impurity, lust, evil desires and greed, which is idolatry.” (Col 3:1-2; 5-6) 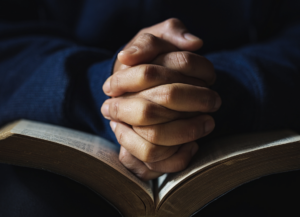 Human psychology has perpetuated the idea that people are not sinners who need a Savior, but rather, they are victims with unmet needs who require the setting of boundaries so they won’t get hurt again. It is believed that this victimization began as early as in the womb. This conveniently removes all personal responsibility for one’s problems because the cause is rooted deep in the past rather than in the inherited sin nature.

Christians are commanded to separate themselves from evil, false doctrine, and to flee temptation, as well as not to set boundaries around themselves. The Bible says that the Christian is to learn how to die to self and serve Jesus, without any boundaries, by relinquishing control to Him. This requires trusting in Him alone. (See Rom 16:17-18; Titus 3:10; 2 Tim 2:22, 1 Cor 6:18)

Instead of getting caught up in the latest cultural fad, we must compare everything against the Word of God, as it provides everything we need for life and godliness.

If you’re trying to find yourself, go die to self and find Christ instead.

Book: Richard Rohr and The Enneagram Secret by Marcia Montenegro and Don Veinot

How one discerning woman serves and protects her church
John Ortberg hid son’s identity in investigation, other “son” says

One Response to Zondervan to Launch Enneagram Documentary: “Nine”