Posted By Amy Spreeman on July 22, 2015 in Discernment
Share 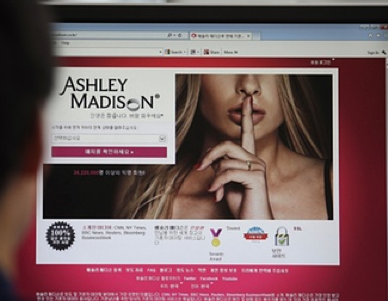 “Millions of users of the infidelity website may have good reason to be worried as cybercrime experts warn that ‘Impact Team’ may be focused on blackmail,” warns the secular news sites.

Of course, the spiritual danger of unrepentant sin is never addressed, but hey, let’s just worry about being caught.

Ashley Madison, the adultery website which uses the tagline “Life is short. Have an affair,” confirmed this week that it suffered a “criminal intrusion” into its system which could expose private details of as many as 37 million members and private information from the website’s company, Avid Life Media, which runs several similar sites.  Really?  37 million adulterers?  Yep. And until this week, most Christians didn’t even know such darkness existed, or that it was being so boldly accepted.

The motive for the hack? Here’s how ABC News reports it:

The hack was spurred by a disagreement with Avid Life Media’s business practices, specifically a “full delete” feature. For $19, the company allows repentant cheaters to scrub their information from the website.

“Full Delete netted ALM $1.7mm in revenue in 2014. It’s also a complete lie,” the Impact Team wrote. “Users almost always pay with credit card; their purchase details are not removed as promised, and include real name and address, which is of course the most important information the users want removed.”

Business practices aside, the hacker or hackers also had another message:

“Too bad for those men, they’re cheating dirtbags and deserve no such discretion,” the Impact Team wrote. “Too bad for ALM, you promised secrecy but didn’t deliver.”