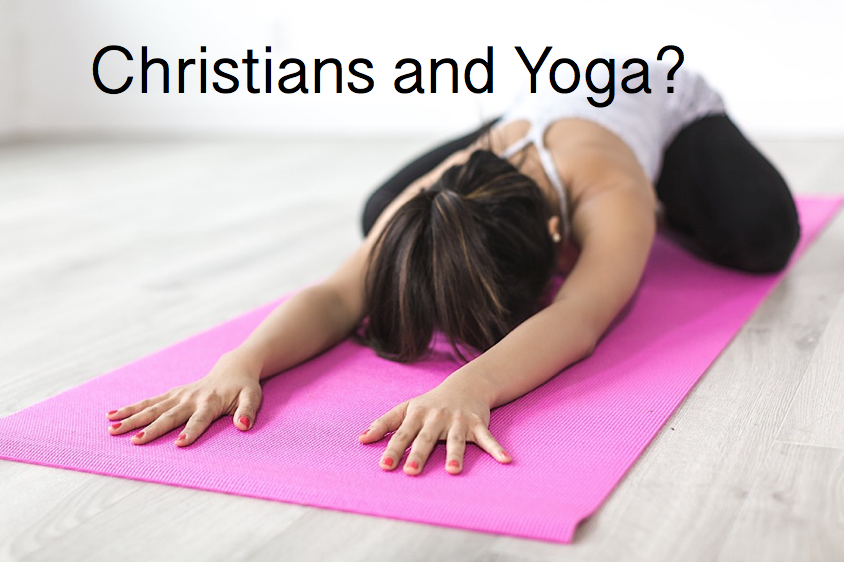 Many Christians believe that yoga is just relaxation and stretching exercises, and scoff when others warn of the spiritual red flags.

Classical yoga does include stretching, controlled breathing and relaxation to increase one’s physical fitness.  But that’s just part of yoga. The real intention of yoga is to put the practitioner into an altered state of consciousness.

The word yoga means to yoke or unite. A careful study of God’s Word shows us that people who practice yoga are actually disobeying Scripture.

According to the Bible, mystical practices of any sort are evil. Romans 12:9 instructs Christians to, “Abhor what is evil; hold fast to what is good.” Sooner or later, those who wade into mystic waters will be pulled into the shark tank. Jesus gave this warning in Matthew 7:13-14, “Enter by the narrow gate. For the gate is wide and the way is easy that leads to destruction, and those who enter by it are many. For the gate is narrow and the way is hard that leads to life, and those who find it are few.” Involvement in Eastern mysticism will lead to destruction.

In Yoga, “practicing the presence” is accomplished through the mystical method of repeating yogic breathing and yogic mantras for the purpose of ushering the devotee into “oneness” with cosmic consciousnesses, the eastern understanding of god or divinity, often referred to as the “divine spark”, believed to be synonymous with all nature. The idea of god/divinity IN all is known as pantheism, that god is IN all that is material, but panentheism says the divine permeates everything including all eternity, concluding that all spirituality and all spirits are divine and acceptable.

The basic premise of yoga theory is the fundamental unity of all existence: God, man, and all of creation are ultimately one divine reality. An editorial in the “Yoga Journal” declares this basic premise:

We are all aware that yoga means “union” and that the practice of yoga unites body, breath, and mind, lower and higher energy centers and, ultimately, self and God, or higher Self. But more broadly, yoga directs our attention to the unity or oneness that underlies our fragmented experiences and equally fragmented word. Family, friends, the Druze guerrilla in Lebanon, the great whale migrating north – all share the same essential [divine] nature (594:4).  (Source)

If one removes the core aspects of Yoga to make it into something acceptable to Christians, then the breathing techniques and asanas need to be removed, which means there is then little or no Yoga at all. Changing the terms does not change Yoga, either. Just as there is no Christian Ouija board and no Christian astrology, so there is no Christian Yoga that is either truly Yoga or truly Christian.

The bottom line is that it is disingenuous and disrespectful to real Yoga practitioners to pretend Yoga is just a physical activity, and it is deceptive to market it that way to anyone else. (Source)

Fast Facts: (adapted from What Is Yoga?)

What the Bible Teaches:

Our bodies were created to be “a living sacrifice, holy and pleasing to God which is our spiritual act of worship” (Romans 12:1) and “true worshipers will worship the Father in spirit and truth, for they are the kind of worshipers the Father) seeks.” (John 4: 23).

Jesus says, “I am the truth. No one comes to the Father except through me.” (John 14:16) Many Christians believe that to participate in Hinduism’s postures to get into God’s presence, or redefine other manipulations with Christian terminology are corrupt offerings to the LORD and an attempt to arrive by “another way.” This is also where I am as I read the Bible and hear the passionate pleas from those who have studied New Age and mystical practices.

“There shall not be found among you anyone who burns his son or his daughter as an offering, anyone who practices divination or tells fortunes or interprets omens, or a sorcerer or a charmer or a medium or a necromancer or one who inquires of the dead, for whoever does these things is an abomination to the LORD. And because of these abominations the LORD your God is driving them out before you. You shall be blameless before the LORD your God, for these nations, which you are about to dispossess, listen to fortune-tellers and to diviners. But as for you, the LORD your God has not allowed you to do this (Deuteronomy 18:10-14). (emphases added)