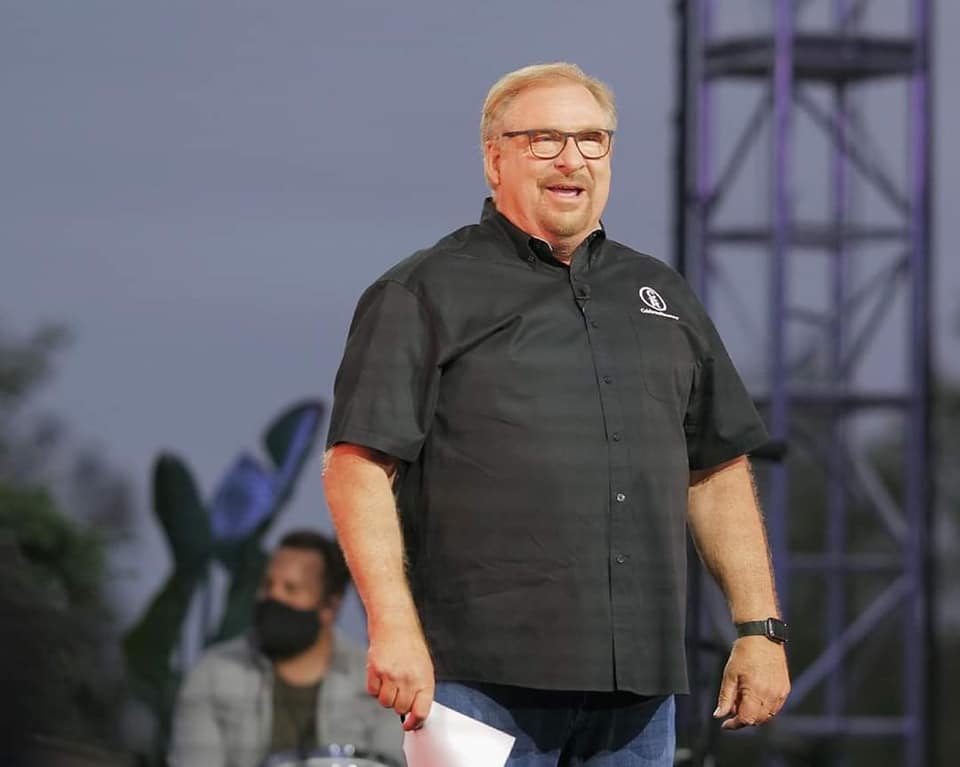 Rick Warren is the founder and senior pastor of Saddleback Church, an evangelical megachurch located in Lake Forest, California, currently the eighth-largest church in the United States. His book, The Purpose Driven Church, spawned a series of conferences on Christian ministry and evangelism. He is perhaps best known for the subsequent devotional, The Purpose Driven Life, which has sold over 30 million copies.

In June of 2021, Warren announced he was stepping down as lead pastor of Saddleback, and will take on a less visible role with the church.

This must-watch video represents extensive research on the teachings, activities and partnerships of Rick Warren:

“I will also choose their delusions, and will bring their fears upon them; because when I called, none did answer; when I spake, they did not hear: but they did evil before mine eyes, and chose that in which I delighted not.” ~ Isaiah 66:4

“Beware of false prophets, which come to you in sheep’s clothing, but inwardly they are ravening wolves.” ~ Matthew 7:15