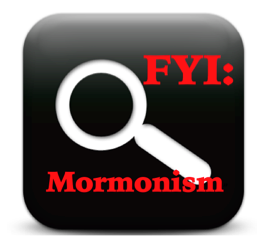 Or, LDS (Church of Jesus Christ of Latter Day Saints)

Mormonism is a pseudo-Christian religion begun in 1830 by Joseph Smith in the New England area. The Mormon church, also known as the Church of Jesus Christ of Latter-day Saints, denies the historic Trinity (teaching three gods), says  salvation is by grace and works (2 Nephi 25:23) and that people have the potential of becoming gods and goddesses. Some of its unique doctrines of the Mormon Church are that God used to be a man on another world who became a God and came to this world with one of his wives. We all are literally born in heaven as spirit brothers and sisters and then inhabit human bodies on earth. (Source)

Mormons believe that there are four sources of divinely inspired words, not just one: 1) The Bible “as far as it is translated correctly.” Which verses are considered incorrectly translated is not always made clear. 2) The Book of Mormon, which was “translated” by Smith and published in 1830. Smith claimed it is the “most correct book” on earth and that a person can get closer to God by following its precepts “than by any other book.” 3) The Doctrine and Covenants, containing a collection of modern revelations regarding the “Church of Jesus Christ as it has been restored.” 4) The Pearl of the Great Price, which is considered by Mormons to “clarify” doctrines and teachings that were lost from the Bible and adds its own information about the earth’s creation.

According to All About Mormons:

To ALL Mormons and Jehovas Witnesses from Christians—Todd Friel

Who Really Wrote the Book of Mormon?–Craig Criddle Ph.D, is a Professor and Senior Fellow, Woods Institute for the Environment, Stanford University.

The Changing World of Mormonism By Jerald and Sandra Tanner

Reasoning From the Scriptures With Mormons By Ron Rhodes

As for the “prophet” Joseph Smith:

But the prophet, which shall speak a word presumptuously in my name, which I have not commanded him to speak, or that shall speak in the name of other gods, that same prophet shall die.  And if thou say in thine heart, How shall we know the word which the LORD hath not spoken?  when a prophet speaketh in the name of the LORD, if the thing follow not, nor come to pass, that is the thing which the LORD hath not spoken: the prophet hath spoken it presumptuously, thou shalt not be afraid of him. (Deuteronomy 18:20-22)

God’s prophets are to have a one hundred percent rate of accuracy.  Joseph Smith showed himself to be a false prophet. For instance, he predicted that Jesus’ return within 56 years. That did not happen. He predicted that a Mormon temple in Missouri would be built before all of the people living in 1832 passed away.  That did not occur either. He predicted that all Nations would be involved in the American Civil War. He was wrong about that, too. (More…)

Note: Christian Research Network wrote a paper on The Church of Jesus Christ of Latter-day Saints aka Mormonism. Berean Research has obtained permission to extract some of the information and present it here. The original can be found on CRN.

This is important because faith is only as good as the object in which it is placed. Is the Mormon god the real one? Or, is the God of historic and biblical Christianity the real one?

Mormonism is obviously not the biblical version of Christianity. It is not Christian, and Mormons serve a different god than do the Christians — a god that does not exist. Paul talks about this in Gal. 4:8, “when you did not know God, you were slaves to those which by nature are no gods.” Only the God of the Bible exists. There are no others. Mormonism puts its faith in a non-existent god.