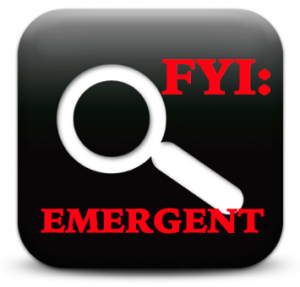 Religious leadership must end its intellectual and imaginative failure to think through what it is doing in the light of the new emerging cosmology, which is hospitable to spirit-matter theories and mindbody experiences. ~ Leonard Sweet

The Emergent/Emerging Church movement is heading towards a crash collision with the New Age movement. In fact, it may already be happening before our very eyes. The Discernment Research Group has reached the inescapable conclusion that this is intentional and it has been planned for over a generation. ~ Sarah Leslie

“A label that has been used to refer to a particular subset of Christians who are rethinking Christianity against the backdrop of Postmodernism.” …  “Members of the movement often place a high value on good works or social activism.”  (Encyclopedia & Wikipedia)

Emergents “hold to traditional Protestant theological distinctives while rejecting the structures and styles of institutionalized Christianity.” 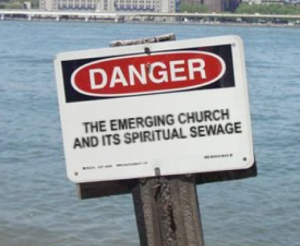 Emerging Church groups contain some or all of the following elements:

Lectio divina a.k.a. spiritual formation…the silence…centering, breath…but is best known as contemplative prayer. This is a growing trend in evangelical churches. The prayer ritual stems from teaching associated with Catholic mystics such as Meister Eckhart, Ignatius of Loyola, St. John of the Cross, and St. Teresa of Avila. CP was reintroduced by Thomas Merton, Thomas Keating, Henri Nouwen, William Meninger, Basil Pennington and other mystics. The aim is to achieve an altered-state-of-consciousness)

Then there is the next generation; the up-and-coming rookies who now are the prolific young voices at leadership conferences (like Catalyst and many others), that you can’t easily research because they don’t have anything questionable yet attached to their bios. But make no mistake: The leaders of old have not gone away, nor has the movement died. Instead it is shifting into a new or neo mode, making the Neo-Emergent movement even more appealing to a whole new audience of young Christians. It’s the same old “Hath God said” lie repackaged into a slick media marketing formula with programs helping many pastors “plug and play” with sermon topics and programs in their own churches to perpetuate the movement. Most don’t even know they’re doing it.

Indeed, all who desire to live a godly life in Christ Jesus will be persecuted, while evil people and impostors will go on from bad to worse, deceiving and being deceived. But as for you, continue in what you have learned and have firmly believed, knowing from whom you learned it and how from childhood you have been acquainted with the sacred writings, which are able to make you wise for salvation through faith in Christ Jesus.  All Scripture is breathed out by God and profitable for teaching, for reproof, for correction, and for training in righteousness,  that the man of God may be complete, equipped for every good work.

The Emergent Church movement is a progressive Christian movement that attempts to elevate experience and feelings on a par with Christian doctrine.  Many do not believe man can know absolute truth, and believe God must be experienced outside of traditional biblical doctrines.