Posted By Amy Spreeman on June 9, 2021 in Purpose Driven 0
Share

During a sermon on Sunday and also on YouTube, Purpose Driven author Rick Warren announced that he is stepping down as lead pastor of Saddleback Church.

“For 42 years, Kay and I have known this day would eventually arrive and we’ve been waiting for God’s perfect timing,” says Warren in the message to his followers. 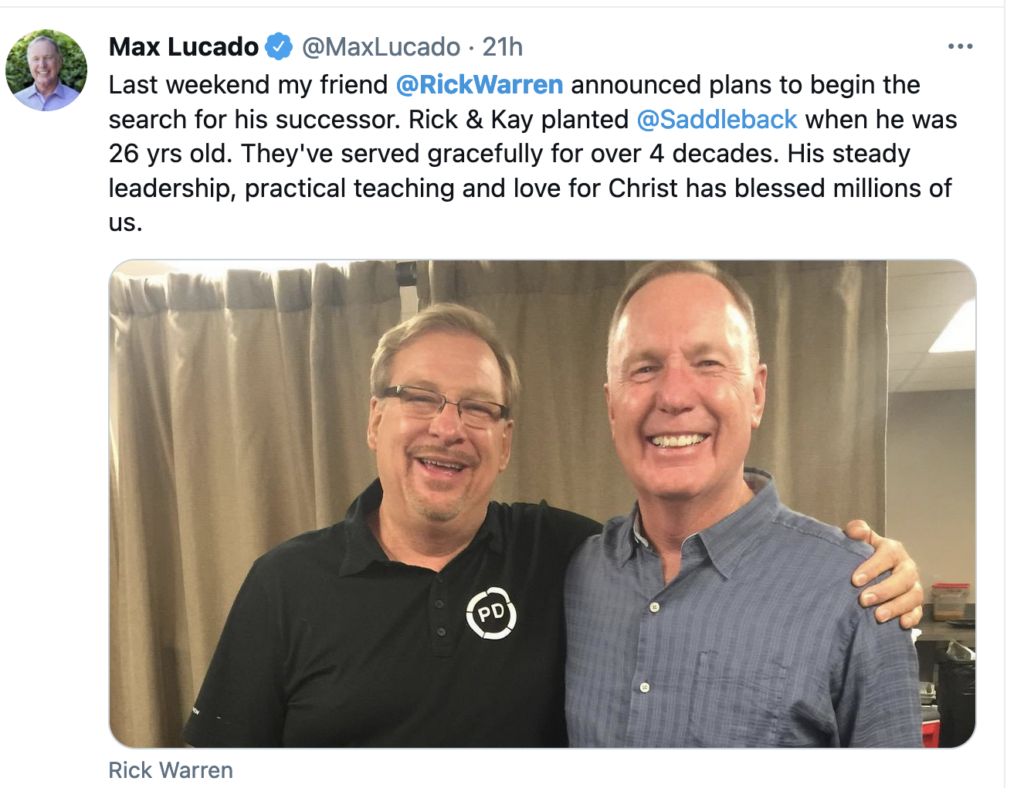 Warren, 67, founded Saddleback Church with his wife Kay in 1980. It is affiliated with the Southern Baptist Convention (SBC). With a weekly attendance of more than 30,000, it’s Lake Forest flagship location is said to be the largest church in California and one of the largest in the country. Saddleback also has more than a dozen campuses in California, as well as sites in Berlin, Buenos Aires, and Hong Kong.

Warren says he has no intention of leaving the church and that he’s looking forward to the transition into a less visible role with the church.

Now the question becomes, who will fill that opening? Immediately folks on social media sharing the news of Warren’s retirement and speculating on his successor. Will it be one of the three new female pastorixes ordained by Warren two weeks ago?

Warren says that while he and Saddleback elders don’t have a particular successor in mind, they will be looking at the “biblical qualifications for a pastor,” including someone who is “already doing purpose-driven ministry.” Does that sound like a contradiction to you?

Why do we write and warn about Rick Warren? Visit our Purpose Driven White Paper.