Bethel School of Supernatural Ministry is nothing of the sort. It’s a sham. Just a way Bethel Church leaders have devised to get their hooks into people, especially undiscerning young people. If you’re unfamiliar with Bethel Church in Redding CA, the senior pastor is the notorious  “Apostle” Bill Johnson.  For reasons that will become clear, Bethel’s considered by some to be a cult. (More on Bethel Redding here.)  Its leaders prey on those who are unschooled in the scriptures, as you will see in Rick Becker’s piece over at Famine In the Land. Becker begins with this warning: 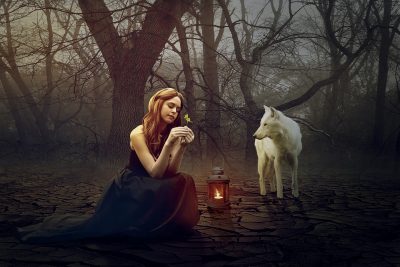 Bill Johnson has groomed his underlings to take risks beyond the boundaries of scripture.  In their attempt to cultivate a new breed of anointed revivalists who walk in signs and wonders, Bethel has created a generation of passionate yet deceived youth.  Johnson teaches that Jesus came to model a life for believers.  Christ as God, has been downplayed and replaced with Christ as an example:

“So Jesus came and modelled a lifestyle of power and purity because the power of the Spirit of God was on him. He was trying to show those of us who would follow what life would be like in someone who had no sin and was completely empowered by the Spirit of God.” –  Bill Johnson, Manifesto for a Normal Christian Life.

Jesus performed his miracles “as a man in right relationship with God…not as God.  If He performed miracles because He was God, then they would be unattainable for us”  – Bill Johnson, When Heaven Invades Earth.

In other words, whatever miracles Jesus performed, we as his followers are able to emulate, and even supersede.  It is this thought that has influenced the minds of Bethelites, and caused them to view themselves as little gods, hoping to walk through walls, walk on water, and raise the dead –  the Trinity has morphed into a quartet.  Not content with the confines of scripture, Johnson encourages his followers to take risks: “This generation is a generation of risk takers. And not all the risks taken will be seen as real faith. Some will come to light as steps of foolishness and presumption. But they must be taken just the same. How else can we learn? Make room for risk takers in your life that don’t bat a thousand. They will inspire you to the greatness available in serving a great God.”  – Bill Johnson, When Heaven Invades (Earth Expanded Edition)

Like Simon the Sorcerer this lust for supernatural and power and greatness has overcome many in the New Apostolic Reformation.  Steps of foolishness and presumption have led to a rejection of truth, and as a result a strong delusion has caused them to believe what is false.  The fruits of this deception are clearly visible in this article from the BSSM School Planting page:

“I knew a man who would know people’s secret sins the moment he laid eyes on them. From what I know this was not a gifting he wanted or sought after, it was just something he experienced. It was a testament to the character of this man that he was also one of the best lovers of people that I’ve ever known.”

Reading the sins of people is not a gift of the Spirit.  They would probably try and justify it by calling it a “word of wisdom” or “word of knowledge” but those two gifts were not exactly the fortune telling version present in the New Apostolic Reformation (NAR) and charismania.  Secondly, no gift is a testament to a man’s character but rather a testament to God’s character.  There is nothing we can do to earn our salvation, and there is nothing we can do to deserve any gifts. The man in the description is experiencing an involuntary supernatural phenomena (if the story is true)  This is not how the gifts of the Holy Spirit operate.

“I know quite a few people who, from a young age, saw into the spiritual realm like you and I see into the physical realm. They see angels and demons constantly, without actively looking for them.”

And the purpose of seeing angels and demons is? The fact that more angels supposedly appear or are seen in the NAR movement in a week, than in the entire period from Adam to the early church is telling.  Jesus had an encounter with the devil in the wilderness, but there is no record in scripture of people seeing demons.  This fascination with seeing angels and visions leads to deception: “Let no one disqualify you, insisting on asceticism and worship of angels, going on in detail about visions, puffed up without reason by his sensuous mind,  and not holding fast to the Head, from whom the whole body, nourished and knit together through its joints and ligaments, grows with a growth that is from God.”  Colossians 2:18-19

“I don’t know about you, but until a couple of years ago this was different to how I experienced the supernatural. I’ve never seen someone’s secret sin written across their forehead. Until a couple of years ago, I had never seen demons and angels flitting about, going about their business. I’ve never fallen into a trance, and I’ve yet to be supernaturally transported anywhere. Spiritual gifts manifest differently for different people, and there are those out there who have very unique manifestations of spiritual gifts, and very unique relationships with God as a result.”  Continue reading

SEE OUR WHITE PAPERS ON THE NEW APOSTOLIC REFORMATION AND DISCERNMENT

You Can’t Love Jesus with a Heart Full of Hate: 7 Reasons to Love and Forgive Your Enemies
Please don’t say “broken” when we mean sin