Bud Ahlheim reviews celebrity pastor Tony Evans’ book “Prayers for Victory and Spiritual Warfare.” Evans is the father of another celebrity, women’s Bible study teacher, speaker and author Priscilla Shirer.  From Ahlheim’s report we learn some troubling things about Pastor Evans’ theology.  Ahlheim shows that Evans’ teaching on spiritual warfare is decidedly unbiblical.  For example, his understanding of spiritual warfare includes binding, losing and rebuking demons.  “He also instructs readers on praying ‘hedges of protection’ and declaring the removal of curses as well as the imbuing of blessing by our words.  Elsewhere Evans has suggested an eye-brow raising affinity for beliefs drawn directly from Word-Faith, positive confession teachings.”  All of this is right out of the New Apostolic Reformation playbook. 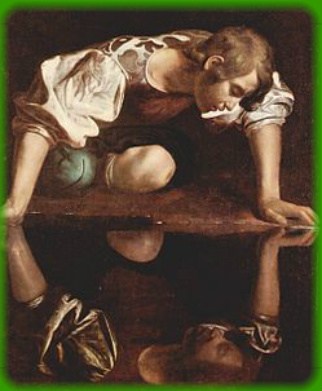 NARCIGESIS.  Meaning: The reading of one’s own life experiences and/or that of another’s life experience, into the text of Scripture; the need to make the Bible all about themselves.   Coined by Sarah Leslie and Ken Silva.

Most are familiar with these words from our Lord in Matthew’s Gospel, often erroneously called the “Lord’s Prayer.”  More correctly called the “disciples’ prayer,” it is a remarkable guideline for formatting our prayers to God in a Jesus-approved manner.  What often goes missed by us when studying this prayer is what it itself is missing.

How many times, for instance, do you count the personal pronoun “I” in Christ’s model prayer? Do you see where our Lord instructs us on how to properly pray so that we may perform such popular, albeit Biblically illicit, procedures in spiritual warfare such as rebuking Satan, binding him or his demons, or praying “hedges of protection” around ourselves or others?

According to Tony Evans’ 2015 book, Prayers For Victory in Spiritual Warfare, success in prayer – particularly when engaged in spiritual warfare – is very much about “I.”  While Christ taught a more corporate, intercessory nature to our prayers, Evans suggests a heavily emphasized first-person approach, as we shall see.

Tony Evans has quite the impressive evangelical industry resume and has garnered a substantial voice within American “Christianity”.  Pastor of the 11,000 member Oak Cliff Bible Fellowship in Dallas, the mega-pastor is also known for “The Alternative” radio show broadcast on over 1,000 stations, and his “Urban Alternative” ministry.  The first African-American doctoral graduate from Dallas Theological Seminary, Evans is a board member of the National Religious Broadcasters, has served as a chaplain to the NFL’s Dallas Cowboys and the NBA’s Dallas Mavericks.

Evans is seen moving and shaking with other celebrity Christian “leaders” in popular ecumenical conferences, summits, and unity conclaves.   He’ll be, for instance, joining the likes of Ronnie Floyd, Anne Graham Lotz, Robert Morris, Marcus Lamb, Greg Laurie, and “apostle” Sammy Rodriguez at “The Gathering” in late September 2016, an enclave purposed “to unite the Body of Christ in America – all believers, regardless of race, age, or denomination …”  Driven less by allegiance to the Gospel and sound doctrine, and more by what appears often to be mere self-aggrandizing self-promotion in the name of praying for America, the event will also feature Evans’ daughter, Priscilla Shirer, perhaps the most notable rising star promoting Christian mysticism today.

According to Oak Cliff’s bio on him, Evans has “authored over 100 books, booklets and Bible studies.”  It’s his book, Prayers For Victory in Spiritual Warfare, that is considered here.  The book currently ranks at #1007 in Amazon’s Christian Living category and is noted as a “Best Seller” from FamilyChristian Bookstores.

In the opening chapter – as in each subsequent chapter – Evans penned 6 prayers, each a paragraph in length, for the believer to repeat in order to achieve success in spiritual warfare.  In just the first six recommended power prayers, “I,” “me,” or “my” is the mentioned focus sixty-six times.  Considering the 180 prayers comprising the book, if chapter one’s self-centered emphasis follows throughout the others at the same average, “I” am the focus nearly 2,000 times.  Obviously, Jesus mustn’t have been aware of the 21st century, narcissistic needs of demon-battling believers.  His model prayer included not a single first-person pronoun.

Evans’ book, opening with an expected glowing endorsement from daughter Priscilla Shirer, is outlined on the basis of Paul’s words regarding the armor of God for the believer found in Ephesians 6: 13-18.  For each piece of armor, Evans offers a specific prayer that, when repeated by the reader, will aid in securing victory in the many battles of spiritual warfare the engaged believer will face. One wonders why the apostle Paul himself failed to provide us with such insightful supplication savvy when he penned the inspired Text itself.

“I’m offering some powerful prayers that address some of the major battles we face.  For each of the topics listed, you’ll find prayers based on each piece of armor.”  Tony Evans

The 30 topic-specific chapters of the book each contain 6 such prayers, one each for the “Belt of Truth,” the “Breastplate of Righteousness,” the “Shoes of Peace,” the “Shield of Faith,” the “Helmet of Salvation,” and the “Sword of the Spirit.”

The chapters range from prayers for “Receiving the Power of the Holy Spirit” to “Victory in Marriage,” from “Using My Spiritual Gifts” to “Prayers for Favor.”  There are prayers for “Overcoming Past Failures,” “Prayers for Comfort,” prayers for “Breaking Free From Financial Bondage,” and prayers for “Receiving Healing from Sickness.”  Satan is attacking the believer incessantly in all these, and other, areas of life.  These battles of spiritual warfare are critical, according to Evans, who offers this “God can’t do this without you” encouragement:

“As you pray the prayers on the following pages that are relevant to your needs, my hope is that you’ll develop the fighting spirit that warriors need to win the battle and that you will join the mighty army God is raising up as overcomers.  Your part in carrying out spiritual warfare can change the course of history for you, your family, your church, your community … even your nation.”  Tony Evans

While neither the apostle Paul, nor any other New Testament author, nor our Lord gave any indication that the armor given to the believer should be analogously appropriated and interpreted into circumstance-specific “power” prayers, Evans’ description of them in the book’s introduction yields more about him than just his comfort in taking liberties with Scripture.  He also exposes serious errors with his theology.

See our White Papers on Angels, Demons & Spiritual Warfare and the Word of Faith Movement