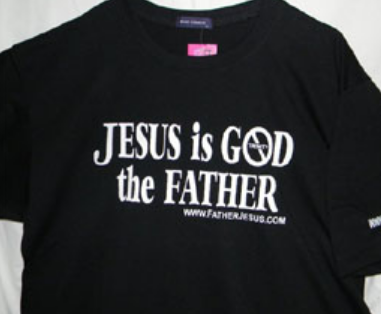 a Modalist shirt from fatherjesus.com

Modalism was declared a heresy by the early church centuries ago, but it keeps popping up like a Whack-A-Mole game. Unfortunately, Modalism is rearing its head once again in our time. It is a growing theological error within evangelicalism that twists the very the nature of God revealed to us through His Word, by denying the Trinity.

See our new White Paper, What Is Heresy?

Rather than God being three distinct persons, Modalism states that God is a single person who, throughout biblical history, has revealed Himself in three modes or forms. In other words, God in the Old Testament was Father God. Then He became Jesus 2,000 years ago. At Pentecost, God morphed into the Holy Spirit.

If you have no problem with denying the doctrine of the Trinity, yourself this: To Whom was Jesus praying in the garden? And what about all those other times Jesus was doing what His Father was doing? (There are hundreds of questions you should struggle with as you read Scripture.)

Do you see the problem? 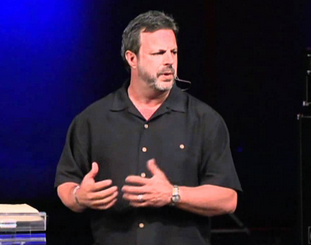 Today’s modalists include T.D. Jakes and others. And as Brandon Hines reports, it appears that Bethel Church’s mega-influential leader Kris Vallotton is joining this growing heretical camp:

Yesterday (September 24th), Kris Vallotton posted a quote on Facebook from a guy named Jack Taylor, who is also a member of the New Apostolic Reformation (See the post here, or the picture below). The quote said, “The Holy Spirit is Jesus without skin.” This claim removes the distinctions between the person of God the Son and the person of God the Holy Spirit, and very closely resembles Modalist heresy (Modalism is the belief that God does not exist in three distinct persons and remain one God,  but is instead one person and one being with three different modes or forms that He appears in at different times).

This is not the first time Vallotton has said stuff that pointed to Modalism. In this video, you can see Vallotton teaching that Jesus and the Father are one person and that Jesus is merely a manifestation, whereas the orthodox view is that God is three persons yet one triune being.

But that’s not all. Read the rest of Brandon’s report here.