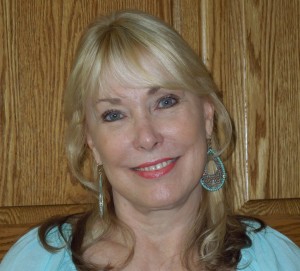 John Burton has written a piece titled “Ancient and Emerging: 5 Major Changes Coming to the Church.”  Before you get all excited, or maybe even concerned over those changes, you should know a bit more about Burton.  As it turns out he’s a “prophet” in the New Apostolic Reformation (NAR) movement.   According to his blog, John Burton, he “has been developing and leading ministries for over 20 years and is a sought out teacher, prophetic messenger and revivalist. Burton has authored ten books, has appeared on Christian television and radio and directed one of the primary internships at the International House of Prayer (IHOP) in Kansas City.”

That Burton was associated with IHOP-KC could only mean that he has served under IHOP’s Pied Piper Mike Bickle.  I spent quite a bit of time researching Bickle for a piece I wrote and discovered his strong ties to the NAR or what some refer to as Dominionism.  Also identified was his involvement with the Kansas City Prophets (KCP).  According to Pastor Ken Silva, the KCP:

brought grandiose claims that a ‘new breed’ of super prophets were beginning to arrive on planet earth who would change the world forever. These so-called prophets were a group of men that coalesced around a church known as the Kansas City Fellowship, pastored by Mike Bickle, that attracted a following of other likeminded churches in that region. (More on the KCP here)

It gets worse.  Mike Bickle believes that God speaks to him in an audible voice.  But here’s the kicker.  He has visited heaven – twice.  On one visit he told false teacher Bob Jones:

I stood in this room and it had…clouds, it was a room only maybe 20 by 20 or 30. It was a little room. It had clouds in the bottom, on the top and the walls…I stood there, I was at the Lord’s left hand, and I stood there, this was not a dream, this was as real as life here…I know it wasn’t a dream or a vision… (There’s more to the story  here)

I included Bickle’s background and a snippet of the tall tale he spun on his alleged visit to heaven to highlight the fact that he’s a wolf in sheep’s clothing.

So here’s my question: why is John Burton proud of his association with a false prophet who’s the main man at IHOP-KC?  IHOP –KC is viewed by many mainstream scholars as a cult because it is a “false, unorthodox, extremist” sect of Christianity (dictionary.com).

On his blog Burton calls himself a “prophetic messenger and revivalist.” Revival?  What revival?  There’s no sign of any sort of “revival” in America or any place else (except an occult revival), so the “revival” the so-called prophet refers to is……where?

Before I get to the 5 major changes “Prophet” John B predicts, those of you who are unfamiliar with the nuts and bolts of the NAR should know what we’re dealing with. Over the years it has had many handles such as Kingdom Now; Latter Rain; Joel’s Army; Manifest Sons of God – they keep changing the name as if this will allow them to keep their heretical teachings hidden.

What is the goal of the NAR loons leaders?  To transform society into the kingdom of God on earth.

How do they hope to accomplish this lofty goal?  By taking control of various aspects of society.  (Here’s the plan)

Apologetics Index describes it as a:

dominionist movement which asserts that God is restoring the lost offices of church governance, namely the offices of Prophet and Apostle.

They place a greater emphasis on dreams, visions and extra-biblical revelation than they do on the Bible, claiming that their revealed teachings and reported experiences (e.g. trips to heaven, face-to-face conversations with Jesus, visits by angels) can not be proven by the ‘old’ Scripture. (emphasis added )

So, keeping John Burton’s background in mind—especially the part about his affiliation with IHOP-KC– here’s what this so-called prophetic messenger revealed about the future: 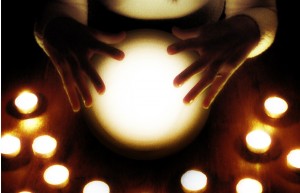 1. Services will become more like prayer meetings. One of the greatest indictments on the church today is that prayer is not the driving force. Today, people tend to choose churches based on the appeal of the teaching and the worship instead of the fervency of prayer. If the church was a house of teaching, or a house of worship, that would make sense, but it’s not. The church is a house of prayer for all nations. Every person in the church will function as a burning intercessor and the services will be marked by this unified groan of fiery prayer.

2. Personal need will give way to personal mission. Today, churches are often more like organic, socially driven hospitals. People tend to use the church as a way to meet their personal needs instead of serving it as a minister of God. This is going to change. Of course, there will still be personal ministry and true needs will be addressed.

However, instead of the church functioning as a hospital, it will once again function as a mission-driven military. The mission will take precedence. The saints will be equipped for service, not for personal survival. In this ancient and emerging model, their will be MASH units that will take very good care of the wounded with the primary purpose of getting the soldier back into battle. Apostles will again lead with governmental authority and pastors will be seen as the main leader less and less as they focus more on shepherding and less on primary leadership.

There is enough Bible teaching online, on CDs, in books and on video to turn every one of us into personal spiritual giants. We need to take it upon ourselves to grow. What is lacking, however, is apostolic leaders, military commanders who give instruction and assignments to a ready army. Teaching is personal growth-based while instruction is a call to corporate action for the sake of mission fulfillment.

An example of apostolic instruction is this: The apostolic leader gives a corporate assignment for everybody in the church to fast for a week and then show up together to prayer walk through the city streets. It’s a corporate call to action versus biblical study. It’s mission focused versus personal growth focused. Personal growth will be largely our responsibility between services so we can be ready to respond to the corporate instruction where we will receive our assignments.

4. We will gather together most days of the week. The 24/7 church will again emerge as the church drives culture instead of reacting to culture. Cares of life will lose their power as we simplify our lives and put corporate prayer and mission ahead of most everything else.

This may be the most challenging change for Christians. Today, Sundays are the days to set aside for corporate worship while we give precedence to our ‘normal lives.’ In The Coming Church, the very reason we live will be to pray on fire together every day, receive apostolic assignments and then move out into our lives as kingdom ambassadors. It wouldn’t be surprising if a tithe of our time is what became the standard. Two to three hours a day, whether it’s in the morning, afternoon or evening, or even in the late night hours, will be given by every believer to praying on site together with others, ministering and giving ourselves to intercession-fueled kingdom ministry. Of course, much of what we have been giving ourselves to will have to be eliminated so we have the time necessary to devote.

5. Worship will be supernaturally driven. There is a new sound coming to worship, and it’s not simply a new style. There is a supernatural, otherworldly groan of intercessory worship that will explode out of the entire body as a new breed of trembling worship leaders lead the way into the shock and awe of the glory of God. We will no longer simply sit in a pew or stand with a raised hand while a familiar worship song is sung.

The prophetic, groaning sounds of Holy Spirit facilitated worship will make it normal to shake and fall to our faces as we cry Holy! The natural, logical sing-a-longs will be no more. We will have a hard time standing as God’s Shekinah and Kabod glory resides in his church. Worship teams will practice less and pray in the Spirit with tears in their eyes more.

Of course, this is an extremely limited glance into the many, many changes that are coming. I wanted to share this to provoke you to preparation. There is much that you and I enjoy in the church, or that is comfortable to us, that we will have to let go. Again, the coming church will be troubling and shocking, but it will result in the power and life that we have been crying out for.

God is about to answer that cry.

This is…..nauseating.  My head is spinning.  Seems the Church is in for some BIG changes, at least according to “Prophet” John B.  Notice that the changes he purports would empower a few and turn the rest of us into mere puppets.  Sound familiar?  The message he’s sending is that we mustn’t hold to God’s sacred Word as our final authority.  No.  We must abide in what those who are supposedly hearing from God tell us.  I mean, really?  Coming from someone with his decidedly unbiblical theology it’s pretty easy to figure out where this rubbish came from.

Hint: The Evil One 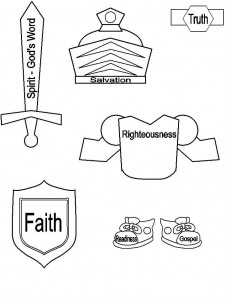 Be strong in the Lord and in the strength of his might.  Put on the whole armor of God, that you may be able to stand against the schemes of the devil.  For we do not wrestle against flesh and blood, but against the rulers, against the authorities, against the cosmic powers over this present darkness, against the spiritual forces of evil in the heavenly places.  Therefore take up the whole armor of God, that you may be able to withstand in the evil day, and having done all, to stand firm.  Stand therefore, having fastened on the belt of truth, and having put on the breastplate of righteousness, and, as shoes for your feet, having put on the readiness given by the gospel of peace.  In all circumstances take up the shield of faith, with which you can extinguish all the flaming darts of the evil one;  and take the helmet of salvation, and the sword of the Spirit, which is the word of God,  praying at all times in the Spirit, with all prayer and supplication. To that end keep alert with all perseverance, making supplication for all the saints,  and also for me, that words may be given to me in opening my mouth boldly to proclaim the mystery of the gospel… Ephesians 6:10-19  (emphasis added)

I’ll close with this admonition: Stand against the schemes of the devil!

Dominionism and the Rise of Western Imperialism by Sarah Leslie

Deception in the Church

Copyright by 2015 by Marsha West.  All rights reserved.