Here’s another gem from the pen of Bill Muehlenberg.  In this piece over at Culture Watch, Bill addresses the sad fact that those of us in discernment ministries are having to “duck and cover” more and more these days.  But not from the bullets coming from secularists who hate the truth and attempt to shoot us down for declaring it. The  bullets are now coming from our so-called brothers and sisters in Christ!   Muehlenberg laments:

And when people come along warning them about all these great evils, instead of getting irate at the evils, they get mad at those bringing the warnings. They shoot the messengers and condemn the watchmen, and simply go back about their business.

Well, some of the messengers are shooting back. And rightly so. 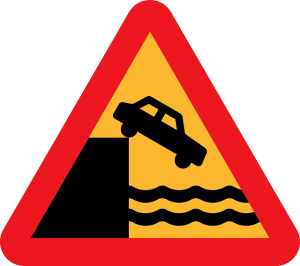 I am not sure which is worse: all the evils, calamities, destruction and attacks on the West and on Christianity, or the seemingly complete inability of most folks to see it happening, or to heed the warnings about all this. We have had so many folks offering so many warnings, yet most folks seem to be deaf and dumb, or just don’t care.

The inability of Westerners, especially Western Christians, to heed the warnings and respond to the alarms is just utterly frightening. It is as if the West has been immobilised by alien rays, and they are just unable to respond to the myriad of danger signs all around them.

We are so overcome with relativism, truth decay, political correctness, and idiotic ideas about tolerance that we refuse to get shook up about anything, and we remain rock hard regardless of all the warnings about our own doom. Perhaps we can understand non-Christians acting this way, but it seems Christians are hardly any better.

Most believers today are so conditioned by the spirit of the age, so biblically illiterate, and so duped by the lies of secular humanism, that they can’t seem to think straight – at least in terms of a biblical worldview. They have become utterly incapacitated to think and act like disciples of Christ, and appear to be indistinguishable from their pagan counterparts.

So bad has the situation become that the following scenario – admittedly a fictional one – is really not all that hard to imagine:

A believer can hear the thumps and the screams. He knows the burly and drunken man next door is beating his girlfriend once again. Every blow can be clearly heard. The sound of broken and smashed furniture is all too audible. But so too are the blood-curdling screams of the terrified woman.

The impulse arises to call the police and put an end to this horror. But then those old words creep back into the believer’s mind – words he has heard so often and which have become part of his worldview: “But wait, who am I to judge? Only Jesus should judge. After all, I am a sinner too. I have no right to be self-righteous here. I cannot speak out like this. I am no better than he…” With that mindset, he goes back to sleep, and hears about the death of the neighbour woman on the morning news.

Sound a bit far-fetched? Maybe. Maybe not. I actually think it is far more realistic than you might imagine. We are so morally, spiritually, theologically and biblically dumbed down as believers, that we certainly are like this when it comes to other life and death moral and cultural issues.

German Christians in the 30s and 40s had some pretty good ideas about what was happening all around them, but they preferred to say nothing and do nothing. Christians today are surrounded by abortion mills killing countless babies; they see all around them the moral freefall of the culture; they can hear all about the war against marriage and family, etc., yet they say nothing and do nothing. 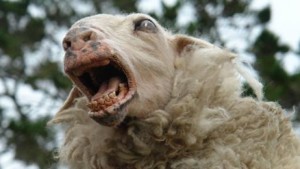 And when people come along warning them about all these great evils, instead of getting irate at the evils, they get mad at those bringing the warnings. They shoot the messengers and condemn the watchmen, and simply go back about their business.

How do we explain this callousness, this deafness, this indifference, and this refusal to listen and to act accordingly? I have mentioned some possible reasons above which certainly apply to believers as well. But above and beyond all this is a spiritual condition which is really of concern here.

That is, all this is simply another indication not just of a church which has lost its way, but an indication that the judgment of God may well be falling on us. Yes you heard me right. This inability or unwillingness to hear the alarms and to pay attention to the warnings is likely part of the judgment of God on a dying church.

We read about this so often in Scripture. Let’s start with Jesus. He often berated the religious folks of his day for their hardness of heart and deafness of ear. And he made it clear it was tied in with the just judgment of God. Consider for example Mark 4:10-12:

When he was alone, the Twelve and the others around him asked him about the parables. He told them, “The secret of the kingdom of God has been given to you. But to those on the outside everything is said in parables so that,
“‘they may be ever seeing but never perceiving,
and ever hearing but never understanding;
otherwise they might turn and be forgiven!’”

Jesus is here appealing to words found in Isaiah 6:9-10:

These sorts of words appear often in the Old Testament. Another example is Jeremiah 5:20-22:

It is exactly because God’s people grow hard of heart, cease to fear the Lord, and no longer tremble at his presence, that this divine hardening comes into play. Jesus made this perfectly clear regarding the masses of religious people in his time, and I have no reason to think it is not fully relevant to the situation we find ourselves in today. 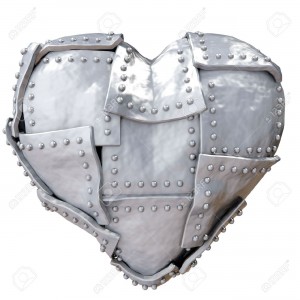 Today there is so much coldness of spirit, hardness of heart, and refusal to be a humble, obedient people, that God may well be bringing judgment on his church in the form of this deafness and dumbness. How else can we explain this zombie-like condition of so many believers?

How else can we account for a church that seems to be in such a deep sleep, with all the warnings, alerts and alarms getting absolutely no response? If this spiritual deafness and blindness is an act of divine judgment, then the only response we can offer is contrition, repentance and a change of heart.

We must cry out for his mercy. That is all we can do. If the warning signs are falling on deaf ears, then we are in a very serious spiritual condition indeed, and falling on our faces before almighty God is our only hope.

One Response to Warnings Met With Deafness