Posted By Amy Spreeman on August 1, 2018 in Discernment
Share 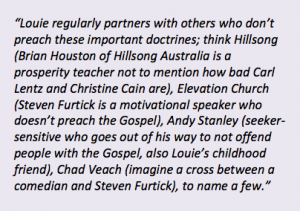 Many of our readers and/or their loved ones may follow popular teacher Louie Giglio, pastor of Passion City Church in Atlanta He is the founder of the Passion Conference franchise, an ecumenical gathering we’ve warned about before (see, Passion Conference: A Pastor’s Perspective on The Importance Of Truth and Standing Against Apostasy).

Red flags about this teacher began popping up in 2013, and even before that. For more background, see Louie Giglio is no hero to be admired by the late Ken Silva (more Giglio research from Ken here), and Discerning a Gnostic conference called “Passion 2013,” Louie Giglio, by Elizabeth Prata. 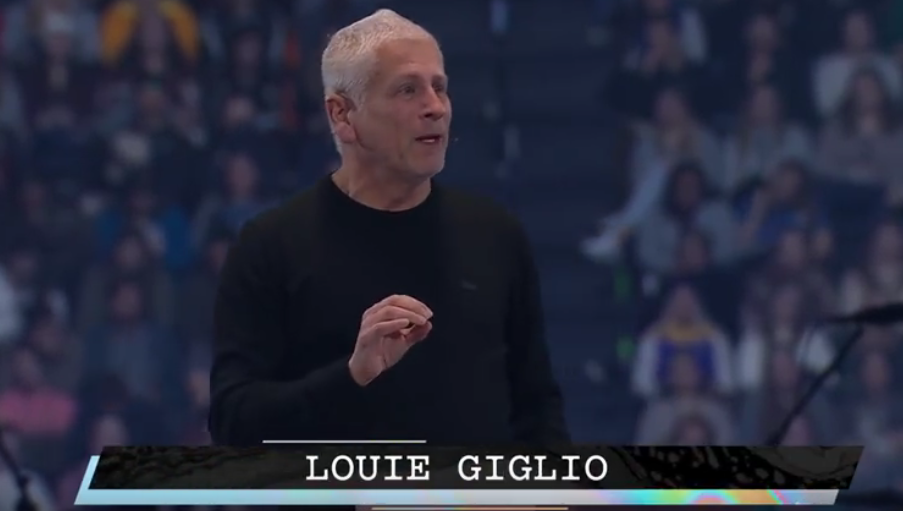 Growing up, I was very fortunate to have parents who took me to church every Sunday and made certain that I was in a Sunday school class being taught the Bible.  As a teenager, I was active in the youth group at my home church and at a friend’s church.  I was raised in a United Methodist Church (this was not a liberal UMC church but a more traditional UMC church) and my friend’s church was Southern Baptist.  It was through the preaching of both churches that I came to faith in Jesus Christ as a 17-year-old high school senior.  After starting college, I left the UMC and was active in an SBC Church plant; after completing college I stayed active in an SBC Church.

I first heard of the Passion Conference, founded by Louie Giglio, after finishing college but was familiar with, and listened to, the music of artists associated with Passion such as Chris Tomlin and the David Crowder Band.  This was between 2006 and 2011 before I began to regularly listen to Louie via the Passion City Church podcast.

I would occasionally hear a talk from Louie Giglio that was given at a Passion Conference and then posted to YouTube.  Initially, I thought he was an excellent speaker and preacher, as he would creatively tell stories and tie them in with his sermons.  I attended the Passion Conference in 2012 and 2013 as a leader with a group of students.  I served at the Conference in 2014 and 2015.  Thus, I have seen both the side of attending and the side of volunteering.

I moved to the Atlanta, GA area in the Fall of 2015 and began attending and serving at Passion City Church (also founded by Giglio) shortly thereafter.  I’ve been consistently listening to Louie preach every week via podcast from the Spring of 2011 until moving to Atlanta and, at the time I had not noticed the concerning issues, I am about to describe.  In hindsight, I should have seen these things sooner but I gradually noticed that some topics were missing from Louie’s teaching.

Before I go any further I want to make it clear that this isn’t being written out of spite or anger.  I have met Louie and his wife on separate occasions before, both of them were friendly and approachable at the times I spoke with them.  Those meetings happened in 2012 and were a one-time meeting with each of them so please don’t think I personally know them.  If I were friends or acquaintances with them I would say in private what I have written and ask for an explanation.

Are the fires in Redding a sign of God’s judgement on Bethel?
The hidden pitfall of Bill Johnson’s ‘Red-Letter Revival’