Posted By Amy Spreeman on August 23, 2017 in Leaving the NAR Church 3
Share

The pastor travels internationally and has connections with several NAR leaders in several nations. He would name drop famous leaders in the NAR as if he were good friends with them, when the truth was he had only met a few or had done a conference or meeting with them. is a member of the ICAL (International Coalition of Apostolic Leaders) and has been in meetings with some well know NAR leadership.  – Grant

I have received several additional “Leaving the NAR” testimonies since I wrapped up the series earlier this summer. These stories are precious to me, and serve as a painful reminder that there is hope for the dear deceived ones caught up in this insidious movement.

Grant has allowed me to include his story in this series about a movement called the New Apostolic Reformation, or NAR for short. In this series, I want to take readers beyond the textbook What is the New Apostolic Reformation Movement explanation, into the personal experiences from those who have been there, and what happened when God opened their eyes to the truth.

Here is Grant’s story in his own words: 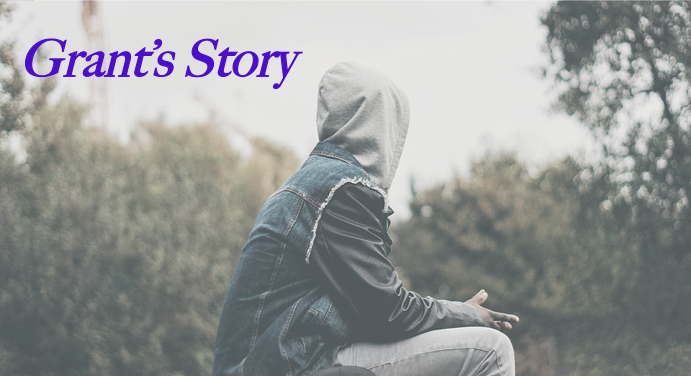 I came back to the church about 2013 and was shocked that things had progressively gotten worse within the church culture. I was a humanistic atheist with a moderate world view for ten years before I came back to faith in Christ. Unfortunately my entrance back into faith was laced with New Apostolic Reformation doctrines and teachings. I knew in my heart there was something wrong but my feelings were overshadowing my discernment. I had been drawn to the 7 Mountains teachings and messages about another Great Awakening in America. Odd beliefs and practices like “soaking prayer/contemplative prayer”, inner healing/deliverance/generational breakthrough, and word of faith practices had me scratching my head wondering where the scriptural basis was.

When I married my wife in 2014, our pastor told me he would ordain me into pastoral leadership since my wife was already ordained since the beginning of the church as the outreach pastor. He said he would ordain me as a “prophet” since I showed fruit of a prophetic gift. I found it strange that he didn’t know me or my character but was so willing to bring me into leadership. The pastor knew I was well received and liked by many in the church from time I began to fellowship with them a year prior.

As I hung out with leadership very often, some red flags started to go up. The senior pastor would talk openly about damaging information that people would share with him in confidence, even from the pulpit at times before the congregation. He said this is ok when I confronted him because to him gossip was about the “posture” of the heart, not the content of the conversation. Many lay people were talked about, slandered, and unfairly joked about behind their backs by the senior pastor to the leadership team. People who struggled with family problems, lust issues, or shameful situations were not safe from his broadcast of slander. Eventually him and I had confrontations about his leadership style. He told me he was an “Apostle” and that his authority should not be questioned.

Things began to become more and more eerie. The pastor would make sexual innuendos about his wife from the pulpit and the would slap each other on the buttocks jokingly in from of the whole church. The most bizarre thing was our premarital counseling. During our first premarital counseling meeting the pastor offered for his wife to take my wife shopping at a local adult entertainment and lingerie store. He even mentioned we should read a book by Mark Driscoll on sex in marriage. This made my soon to be wife uncomfortable and she asked me if I approved of this and I told her no. They even had a “Questions & Answers” service before the whole congregation where they sat in chairs on the platform sharing about their marriage as if they were some kind of celebrities giving out golden advice.

This odd behavior progressed worse and worse as he withdrew himself from the lay people, moved away from doing visitations or personal ministry that is common for most pastors. He justified this by sharing that God was calling him to fasting and prayer and he had no time for smaller ministry. He travels internationally and has connections with several NAR leaders in several nations. He would name drop famous leaders in the NAR as if he were good friends with them, when the truth was he had only met a few or had done a conference or meeting with them. He is a member of the ICAL (International Coalition of Apostolic Leaders) and has been in meetings with some well know NAR leadership.

The way finances were handled were strange and unethical. A church chief financial officer was hired and within a month he exposed a problem in the budget known as “honorarium fraud”. This was quickly swept under though since the CFO was let go from the position after finding the discrepancy. Offerings were used as tools of power and influence. If he had a “spiritual son”, friends, or a family within his inner circle, it wasn’t uncommon for him to take up offerings randomly for them, winning their loyalty financially. We had several families come to the church for help from the benevolence ministry only to be turned away. It was ironic that he could take up large sums of money for his inner circle or spiritual sons but not provide for the community in great need.

Within a matter of a few months he began to change how he treated me. He would avoid me or send me texts arguing how he felt I was not promoting unity within the church by withdrawing and distancing myself from leadership. Now grant it, I only had a few friends and spoke with my friends who were out of state about the church situation. I guarded my speech concerning the church and made sure I didn’t share anything with someone who would spread our conversations. This didn’t last though since a conversation I had about favoritism and a Quid Pro Quo reward system in the church made its way back to the senior pastor, infuriating him and resulting in him calling me over the phone and loudly yelling at me telling me I was a slanderer and poisoning his church that he worked so hard to build.

We began to have meetings and he would begin to tell me that I had inner wounds or generational curses that needed to be healed or that I needed to be delivered from. I told him I would submit to whatever process required to make peace. One of the pastoral staff befriended me and counseled me. He filled me in that he disagreed with the senior pastor but didn’t want to pull his family away from the church or lose his friendship with the senior pastor. Eventually after stepping away from leadership, God began a process to “detox” me from the New Apostolic Reformation doctrines.

I can tell you this, the New Apostolic Reformation is in shambles really, don’t be deceived by the externals such as large meetings, high book sales, or claims of supernatural manifestations. There is a TON of infighting and jealousy within the ranks of the NAR establishment. After C. Peter Wagner died, it created a void of leadership that still hasn’t been filled. Many believers in the NAR look to Bill Johnson, Mike Bickle, Lou Engle, Che Ahn, and Heidi and Roland Baker to lead the NAR. While these leaders I have named are in harmony with each other, the lesser leaders within the movement are in competition with each other to get a piece of the influence and power that the NAR presents to up and coming ministry leaders.

Recently within the past month of May my wife made the bold decision to leave the NAR system church she was part of for 8 years. The pastor marked us as rebellious and unfit for ministry, as well as removing my wife from her leadership role and telling her that it was a mistake on his part to bless us to be married. This is how far this NAR authority goes, they even tell you who they approve of that you should and shouldn’t marry. Since my wife decided to leave she has felt tremendous freedom but the hurt still remains at times from the rejection she suffered at from the actions of the senior pastor. We are finding greater unity in our marriage away from the old system we were bound to. I am hoping that eventually we will find a fellowship that promotes sound doctrine and is untainted by the NAR poison. We will be moving out of this region to start over and leave the NAR culture behind us.

Is “Holy Fire” really something we want?
Jen Hatmaker’s Revision of Truth