“Not really knowing better, I let them do a deliverance session on me. Basically, you sit in a chair, they command the demons to come up and speak, and then they get bound and cast out.”

Morgan was immersed in a so-called “Deliverance Ministry,” in which he was introduced to the demons who dwelled within him. But demons do not dwell within regenerated Christians, as he soon discovered through Scripture.

Morgan has allowed me to include his story in this series about a movement called the New Apostolic Reformation, or NAR for short. In this series, I want to take readers beyond the textbook What is the New Apostolic Reformation Movement explanation, into the personal experiences from those who have been there, and what happened when God opened their eyes to the truth.

Here is Morgan’s story in his own words: 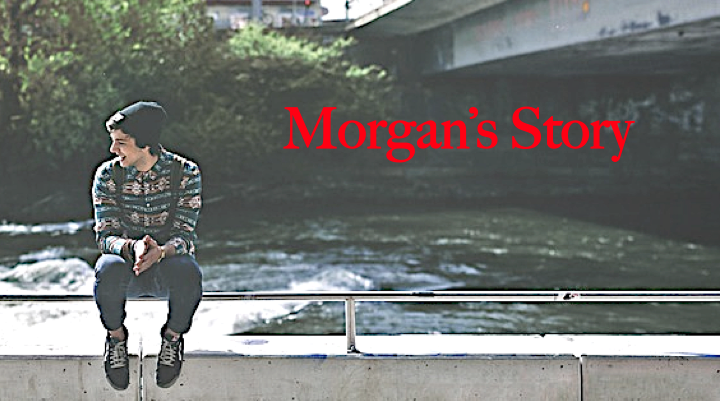 I have been reading through your series on Leaving the NAR and wanted to share my short story with you.

I grew up in a conservative denomination and had accepted Jesus at a young age. I had always thought myself to have some discernment and wouldn’t be caught up in any false teaching. Well, I got deceived and hopefully my short story will help you to not be.

At this time, I was attending a Foursquare church.  I was involved in some adult discipleship classes and was working in one of the children’s programs. . I was hungry for more of the LORD, His Word, and to dive deeper into my relationship with Jesus. On a side note, my wife was more discerning and questioned most of what they taught and “heard” from the Lord.

We met a family through my extended family. That first meeting started us down what I now know is the slippery and dangerous path of the New Apostolic Reformation. They were so spiritual and just glowed with love for Jesus and their ministry for Him. This family had it all, spiritually speaking. They had dreams, revelations, Words from the Lord almost nightly. They also did street ministry, but strangely enough, they really focused on deliverance…of Christians. The distinction was that Christians could be “demonized” but not possessed. They said that all Christians needed deliverance from past issues, generational curses, and past sins. So in their eyes, it would be possible for a sin that my great grandfather committed to open up the door for me to be possessed.

That friendship with the family kicked off a four-month cycle of 10-12 hour visits where we would pray, read our Bibles, and talk. I honestly can’t remember much of what we discussed. Mostly, it was listening to them talk about the new teaching they received and just a lot of babbling.

Then the deliverance started. Not really knowing better, I let them do a deliverance session on me. Basically, you sit in a chair, they command the demons to come up and speak, and then they get bound and cast out. The demons all seemed to have names, mostly sins and behaviors we can all commit. The first time it felt like God Himself freed me from some bondage, but actually my freedom came from REPENTING of the sins, not the demons being kicked out.

Over the next few weeks, I allowed our friends to do more sessions. Apparently, it’s like an onion. You peel a layer, kick them out, then peel another layer, kick some more out until you are clean. Only, you never know when you are clean. But they do.

I remember asking them where they “learned” deliverance ministry, but they were evasive about it. I later actually saw one of them being “delivered” by Bob Larson, on YouTube.

NAR is a delusion, and it’s a strong one. There is something of a psychosomatic thing that goes on here. There were times that my mind would just shut off. And that is how NAR works. You shut off your mind and wait for the Lord to speak to you. And that would fine, if the Lord, Jesus, or the Holy Spirit were the only ones who would speak to you. However, our enemy will mimic and distort. Take the word Missisippi for example. Looks almost correct, right? But it’s missing an “s” in the 3rd syllable. That’s what our enemy does: twist, distort, lie, steal, kill and destroy.

False teachers were spoken of as true men of faith. Apparently God had told our friends that Benny Hinn and TB Joshua are the two pillars of the Christian faith. I knew about Benny Hinn, but TB Joshua was new to me. After researching him later on, it’s obvious he is a false prophet and charlatan. Questioning either of these men brought a rebuke about there being different levels of anointing. Well, 1 John 2 says that we have the same anointing!

After four months, our friends moved away.  And I was freed. I found the article by Bob DeWaay and read it through several times. How I wish I had seen that before all this started. Now I think back upon that time and thank the Lord for opening my eyes to what the NAR is and is not.

My time in the NAR was short, but painful. Trust in the finished work of our Lord Jesus Christ. Ephesians 2:8-9 and Romans 10:9-10 are some of my favorite verses. Take these to heart, my brothers and sisters and follow the command of Jesus Himself, when in Matthew 24:5 and Luke 21:8, He tells us to not be deceived.

I am now attending a conservative church, which teaches verse by verse and has a biblical model of church leadership.

The extreme teaching of Jennifer LeClaire
Pastors, don’t be a jerk. Be a shepherd.