Posted By Amy Spreeman on March 23, 2017 in Leaving the NAR Church
Share

I was exposed to the “kundalini” spirit, and saw some people barking like dogs. At one of these meetings a well-known & respected AOG pastor declared that these manifestations were indeed from the Lord. I didn’t stand a chance.

Olivia found a church in Australia, and began to grow in truth – or so she thought. Unfortunately, the New Apostolic Reformation is a counterfeit dominionist movement, and not biblical Christianity at all.

Here is Olivia’s story in her own words: 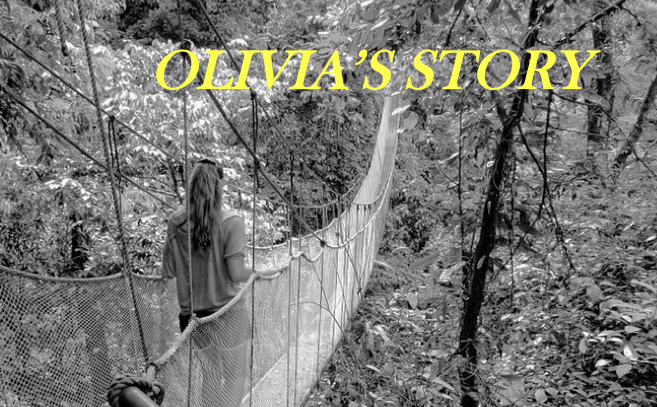 I didn’t grow up in a Christian home but I had several older relatives who I’m sure used to pray for our family.

I was always searching for truth, and knew that I had found it when a friend shared the gospel with me. This couple led me to the Lord in 1993, the day after I married my husband. He took another 10 years to come to the Lord, but that’s another story.

The people who led me to the Lord were not going to church much at this time, and didn’t really disciple me much, so I floundered during those first two years of my faith. A new pastor came to our local AOG church in our small town so my friends took me along.

At that time I was baptized in the Holy Spirit and received the gift of tongues. Now I actually began to see some fruit in my life. I began to pray more consistently and read my bible regularly but there were some ungodly influences from well-meaning Christians giving me books by Kenneth Copeland, Hillsong, Oral Roberts and lots of other Word Of Faith false teachers.

No one taught me about discernment, and we were under the “eat the meat and spit out the bones” influence. My husband still wasn’t a believer, so I was vulnerable to a certain extent.

I did have a lovely lady for a few years who mentored me and that did help me grow in my faith. But she lacked discernment also, and took me to some church meetings around 1998 where there were some weird people ministering the ” Toronto blessing” nonsense. I was exposed to a “kundalini” spirit, and saw some people barking like dogs. At one of these meetings a well-known & respected AOG pastor declared that these manifestations were indeed from the Lord. I didn’t stand a chance.

In 2001 after we moved to Canberra, my husband came to faith in Jesus and we attended a Christian Life Centre there. The church was basically a clone of Hillsong. The pastor was a good guy and meant well but he was a friend of Brian Houston‘s.

There was a lot of emphasis on tithing, Purpose Driven Life, church attendance, home group attendance, and Hillsong conferences, but no emphasis on discernment at all. Unfortunately there was no discipleship at this church. As my husband was a relatively new Christian, he struggled in his faith. There was a lot of control in this church coveted by a thin veil of politeness. Everyone loved you as long as you served a lot and went to every event, but if you pulled away you’d be ignored. I call it “The Passive-Aggressive Church.”

We felt called to the mission field from 2008-2012, and our family went to Russia and Estonia and ministered to orphans there among other things. During 2011 in Estonia I met a guy who opened my eyes to the truth about Hillsong, Bethel and false teaching.

I was in shock that I could have been deceived for nearly 18 years coming under this false prosperity teaching. I had to seriously repent.  I had to start again with my faith. I was really angry with all these Christian leaders who had let me and my family down.

I began to read my bible thoroughly, not just the nice parts. I scoured the internet for more websites that exposed false teaching, and found CARM.org,  Chris Rosebrough, Hillsong Churchwatch, and more. It was so important for me to connect with accurate biblical teaching for the first time and to hear stories of others who had also been deceived. It was like getting saved again.

When we returned to Australia we had to leave our church. Thankfully we found a Baptist church with a great pastor who taught the Word accurately. Very few people from our old church kept in touch with us, because it was like a cult.

I’ve come under much opposition from other Christians for speaking against Hillsong and NAR teachings. Friends have deleted me on Facebook. I felt like a leper. Thanks be to those who are brave enough to speak out and expose the many false teachers in the church today; because of them I am free!! I have a better understanding of the Bible and I’ve been able to teach my children the importance of knowing God’s Word and being like the Bereans.

Paul Washer did NOT visit the Third Heaven!
Attempts to Blend Christianity with Other Religions