The following daily devotional is from one who has been called a great Prophet of our time, by other modern-day, self-anointed prophets of the N.A.R.  Can you guess which Prophet penned this? Read it without skimming. Notice the phrasing: 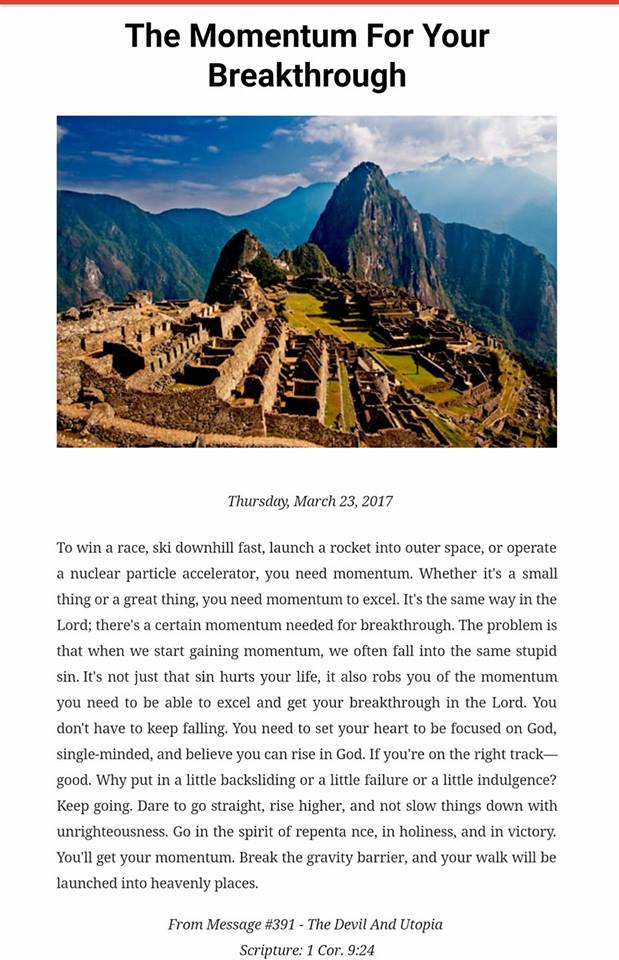 Nowhere does God promise in His Word a “breakthrough” if you just gain some momentum, nor promise that your “walk will be launched in the heavenly places.” Scripture-based pastors never use this language, but New Apostolic Reformation prophets and apostles do.

If you guessed the author is Rabbi Jonathan Cahn, you are correct. If you are surprised that this favorite conference headliner, this nice man who only wants to “share the Gospel,” has “suddenly” gone in the direction of the N.A.R., then you haven’t been paying attention.

The author of The Harbinger and The Mystery of the Shemitah had already given himself the title of Prophet, claiming direct, extrabiblical revelation from God for the Church, as his biography states: “JONATHAN CAHN is known throughout the world as a prophetic voice for this generation and for the opening up of the deep mysteries and treasures of God.” Source

Back in August 2016, I asked if we should be judging books by their covers.  After all, if the statements made by any Bible teacher are to be biblical, than perhaps we ought to be Bereans to examine said cover.  Cahn had just published a new book titled, The Book of Mysteries, which makes some very interesting declarations. 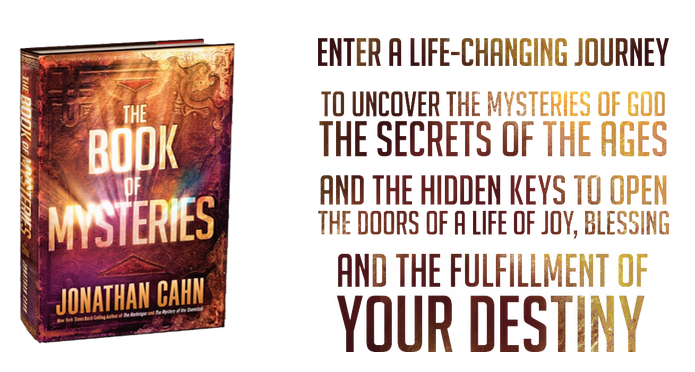 This statement is one of the hallmarks of the New Apostolic Reformation, the fastest-growing counterfeit movement infecting the visible church today.  (See our White Paper on Dominionism (NAR)

First, the book. It’s called The Book of Mysteries, and it is being sold as a downloadable pre-order digital document from Charisma House before it hits the shelves of Walmart, Amazon, Barns & Noble and other retailers. It is also being promoted as a daily devotional reading plan, with 365 devotions in all:

The Book of Mysteries opens up with a traveler and his encounter with a man known only as “the teacher.” The teacher takes him an on odyssey through desert mountains, valleys, gardens and plains, encounters with nomadic tent dwellers, caverns and ancient ruins, chambers of scrolls and vessels, and more. The reader is taken along to partake in the journey and in all the teachings and revelations. The traveler keeps a journal in which he writes down each of the mysteries given to him by the teacher in his one-year odyssey—365 different mysteries—one for each day of the year. Thus, on top of everything else, The Book of Mysteries is also a daily devotional unlike any other. And each mystery contains a special mission for each day of the year, a mission that takes the revelation and applies it to reality for a life-changing journey.

So, it’s fiction, but we are to read it as a daily one-year “devotional.” The question is, to whom and what are we devoting our time to each day? Ought we not be having devotionals to God through the daily reading of Scripture? If you will recall from his interviews on The Harbinger, Cahn said he originally wanted to present the book as nonfiction, but his publisher convinced him that it would do better as a fictional work.

Here is how Cahn is promoting The Book of Mysteries on his website:

“Imagine if you discovered a treasure chest in which were hidden ancient mysteries, revelations from heaven, secrets of the ages, the answers to man’s most enduring, age-old questions, and the hidden keys that can transform your life to joy, success, and blessing…This is The Book of Mysteries.”

Like The Harbinger’s book cover, this statement promises to provide “hidden keys” to unlock secret revelations from heaven. The Bible makes no such promises, but instead lays it all out on the table as the light of truth. The Bible delivers the breathed-out Word of God that very clearly describes our depravity, separation from God, His promise of a Savior, Christ’s propitiation on the cross for our sins, the need for repentance, the gift of the Holy Spirit living inside His children, and His future return. No hidden keys, no locks that we can’t access. And if there were such keys, they are not what “transforms your life to joy, success and blessing.” Transformation is God’s sanctifying work in us.

Again, The Book of Mysteries is to be read as fiction. But with revelations that are supposed to illuminate God’s Word. From a different, fictitious “teacher” other than the Holy Spirit.

“The reader will discover life-transforming secrets, mind-blowing realities, and heart-changing revelations in such mysteries as The Face in the Waters, The Leper King, The Land of Gezarah, The Secret of the Third Prince, The House of Spirits, The Mystery of the Rains, How to Alter Your Past, The Mystery of the Second Scroll, The Similitude, The Mystery of the Eighth Day, and much more.

These are very interesting section titles. You won’t find these terms in your Bible, but the ideas behind them are supposed to reveal the mysteries of the Bible. I took some time to research a few of these, and downloaded a preview of Cahn’s book. The Land of Gezarah, for instance, occurs on Day 90, where “The Teacher” character takes out a piece of parchment he calls “a command from God” and explains to The Traveler the significance of “The Land of Gezarah”. It isn’t a city or province in Israel, but a made-up place in the Book of Mysteries where Cahn explains the scapegoat in Leviticus 16 escapes to. (pardon my dangling participle!) Gezarah means “cut off.” It is a Hebrew metaphor.

The Book of Mysteries takes the readers on a journey of divine revelation through ancient Scriptures, the laws of Creation, the deep of God’s Word, the hidden streams of history, the most important keys of spiritual truth, end-time mysteries, and the secrets of life.”

If by “divine revelation” we are talking about the Holy Spirit revealing the truth to us when we read the pure words in Scripture, then we might want to simply read Scripture. The danger of reading a fiction book to receive divine revelation is that these “keys” we receive will most certainly come from a counterfeit, fictional source, which in this case is a book character’s fictional journal. This technique is also used by the wildly popular Jesus Calling dynasty, from Sarah Young.

Can fictional allegory help readers understand the eternal concepts of God’s truth? Yes. An example of this would be Joh Bunyon’s excellent Pilgrim’s Progress. But we don’t devote ourselves daily to the reading of that book. And Pilgrim’s Progress never promised to help unlock the secrets that will transform our lives to “joy, success and blessing.”

Attempts to Blend Christianity with Other Religions
Leaving the NAR Church: Eliza’s story

One Response to Do you need “Momentum for your breakthrough?”