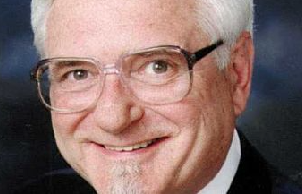 The man credited with being the “father” of the New Apostolic Reformation is surprised at the negative feedback his experience-based movement is getting in the media, especially in the left-wing liberal groups.

But he is perhaps missing the biggest outcry of all is coming from those Christians who adhere to Scriptural truth; who believe that the Bible is sufficient.

That’s why it’s important you read our White Paper on Dominionism (NAR), after hearing Wagner make a compelling case for this unbiblical, dangerous movement.

Wagner has gone on the defensive of this fastest-growing Christian movement in Charisma Magazine today, explaining why dominionism, the office of Apostle And Prophets are fine for today, and why NAR followers think it’s fine to engage in Spiritual warfare with the demonic:

The NAR is definitely not a cult. Those who affiliate with it believe the Apostles’ Creed and all the standard classic statements of Christian doctrine. It will surprise some to know that the NAR embraces the largest non-Catholic segment of world Christianity. It is also the fastest growing segment, the only segment of Christianity currently growing faster than the world population and faster than Islam. Christianity is booming now in the Global South which includes sub-Saharan Africa, Latin America, and large parts of Asia. Most of the new churches in the Global South, even including many which belong to denominations, would comfortably fit the NAR template.

The NAR represents the most radical change in the way of doing church since the Protestant Reformation. This is not a doctrinal change. We adhere to the major tenets of the Reformation: the authority of Scripture, justification by faith, and the priesthood of all believers. But the quality of church life, the governance of the church, the worship, the theology of prayer, the missional goals, the optimistic vision for the future, and other features, constitute quite a change from traditional Protestantism.

The NAR is not an organization. No one can join or carry a card. It has no leader. I have been called the “founder,” but this is not the case. One reason I might be seen as an “intellectual godfather” is that I might have been the first to observe the movement, give a name to it, and describe its characteristics as I saw them. When this began to come together through my research in 1993, I was professor of Church Growth at Fuller Theological Seminary, where I taught for 30 years.

What is the New Apostolic Reformation really all about?