Posted By Amy Spreeman on May 5, 2017 in Leaving the NAR Church
Share

“There is a deep sadness in me, a sorrow over wasted years and opportunities. I get angry with myself for having been deluded and so easily led into false doctrine and practice.”

Here is Christopher’s story in his own words: 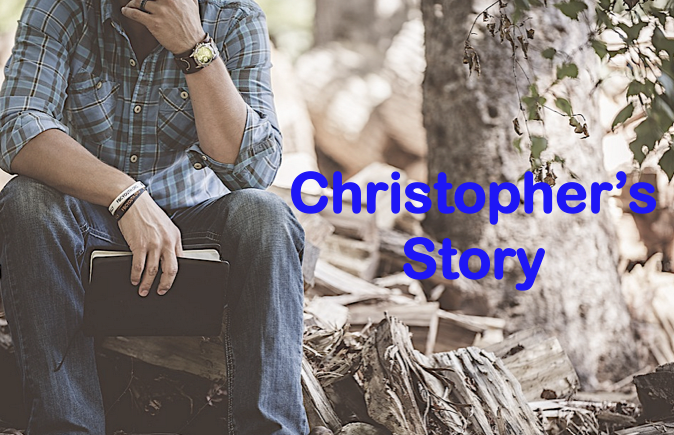 You would probably be surprised that I have a degree in Microbiology and that I practice dentistry and consider myself a scientific person. And that I have had a number of wonderful Bible preaching pastors over the years, men committed to the gospel and the inerrancy of the scriptures. And that I was even trained in and practiced inductive Bible Study, accompanies with a reference texts such as Vines and Strong’s.   Boy, did I let my guard down and embrace false illumination! And I thought God was in the middle of the craziness. I thought God was doing something wonderful. I even wrote defenses for all of it, to counteract the “haters” and “heresy hunters.”

Four months ago I renounced my twenty years of involvement with the Third Wave charismatic thing as well as a more recent connection with the “New Apostolic Reformation”.   I immediately experienced a relief, a lifting of a burden.

I had begun to grow tired of the promises of coming breakthroughs. I had spent my share on books, tapes, and conferences, all promising to prepare me for what was coming next. I went through Inner Healing and SOZO only to become worried that my great grandparents might have done something which I would never be able to discover which might have opened a doorway for spiritual oppression in my life.

I had been Slain in the Spirit many times, and had received my share of “visions”, but the quest became about more and more of it. It was about finding and riding the next wave of the Spirit, always. And it became about speaking things into existence. Doing greater works than Jesus. Doing spiritual warfare. And marching around the church building speaking in tongues, waving flags, blowing shofars, and ignoring the incredulous looks of onlookers.

Two things happened that probably pushed me over the edge. First, a friend of mine had sustained a strange injury to his arm. I said in a prayer meeting, “I really wish God would heal Joe (not his name).” You could have heard a pin drop. Then came the inward rush of air as everyone gasped. I had spoken a wrong thing, I realized. You aren’t allowed to speak the truth if it is negative. Really, because you have to confess “hearings,” even if they haven’t happened yet. Did they think I was putting a curse on Joe by my words?

Second thing that happened was when the church’s Apostle told us in a meeting that the next wave of revival was waiting for us to break through, so he had the entire church shouting to God in tongues. At that moment it occurred to me: why should God hear our pleas since the blood of millions of aborted children cries up from the ground against us, continually. How can we “claim” revival when we aren’t willing to weep on our faces for the sins of our nation?

But it came to a head: I had enough of Apostles and Prophets promising me that doing one more thing would unlock it all for me.

I immersed myself once more in daily Scripture reading, particularly in Paul’s epistles. I did online research into the errors and heresies that I had become so very used to. And I realized I had to part ways with my beloved praise and worship music. I had to renounce the “beautiful” dreams and visions I had “received”. I walked away from praying in tongues. And I don’t plan on being “slain in the Spirit” anymore.

It hasn’t been easy. Suddenly, God speaks to me mainly through His inerrant Word. Now, I’m understand Christ crucified and resurrected as the real power of God, and that someone being born again is much more exciting than someone being healed of a headache. I am more excited about proper exegesis and sound doctrine now than listening to a so-called Apostle or a Prophet sharing his latest chat with God.   The “Word for 2017” is suspect, and perhaps even laughable. And I long for and expect sound teaching from my pastor now.

Today, instead of interceding against powers and authorities, I pray for sound preaching and a return to the Bible in our churches. Instead of getting thrilled about the latest “move of God”, (did He leave a forwarding address?), I seek the old paths. I strangely thrill to reading the Athanasian Creed or the Westminster Catechism instead of an N.A.R. preacher’s latest book.

Now, instead of sitting at the feet of Che Ahn, Bill Johnson, Heidi Baker, Mike Bickle, Randy Clark, Graham Cooke, or Jack Deere, I am content to sit under the ministry of men who actually open the Bible and read it – not just verses out of context, but entire sections, in context. I will stop trying to insert my personal situation into each passage, as I have been taught to do.

Once your brain had been conditioned for a period of time, it seems to take a bit of work to change course and maintain the proper heading. I’m not in the least tempted to go back, but there is a deep sadness in me, a sorrow over wasted years and opportunities. I get angry with myself for having been deluded and so easily led into false doctrine and practice.

I am finding pleasure now in reading and studying the Heidelberg Catechism, The Belgian Confession, the Westminster Shorter Catechism, the Athanasian Creed, lyrics to the great hymns if Charles Wesley and Isaac Watts, and the book Holiness by Anglican Bishop J.C. Ryle. Oh, the unsearchable riches of Christ!

I don’t need to shake and roll on the church carpet. God has prepared such a great feast for His people. Why do we need or desire a “new move of God” when the old one is all sufficient?

And in this process of renunciation, repentance, and reestablishing myself in God’s Word, I see that God is indeed mighty and powerful, that He still works wonders, but not according to the methods of charismatic, N.A.R. and Word Faith groups. He answers the fervent prayers of His Saints. He just isn’t in the entertainment business.

I know that I can find my Joy and satisfaction with Him through His Word, far surpassing the pleasures of the world.

Thank God that He freed me from Spiritual bondage tying me to a counterfeit of the true faith. Thank God that His Word endures.   Thank God for the best “new thing” that he ever did, Christ crucified for our sins; the only new thing that we need.

Thank God for “Fighting for the Faith” and “the Pirate Gang”.

The Hottest Thing at Church Today
How much should ‘associations’ factor into my assessment of whether a teacher is false or not?