Posted By Amy Spreeman on January 25, 2017 in Leaving the NAR Church
Share

Katie grew up in New Zealand, where the New Apostolic Reformation and its mystical teachings are infecting many churches. Her particular church dabbled in Word of Faith, SOZO and the Patricia King prophetic influence.

She has allowed me to share her story in a series about a fast-growing movement called the New Apostolic Reformation, or NAR for short. It is at its core an anti-biblical counterfeit that sounds almost like biblical Christianity.

This is Katie’s story in her own words: 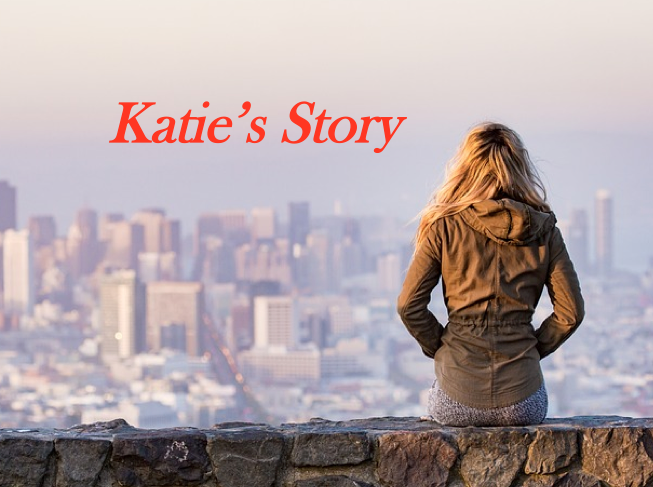 I grew up in a Christian household, where my mum loved Jesus (and still does) very much. She told me about Him and how He died to save me, and I gave my heart to Him when I was 4 or 5.
As a family we attended a good sound church, but the church ended up falling apart due to the pastor disagreeing with some new teaching the bigger churches were introducing. The church we attended was under the banner of Acts Churches (in New Zealand), and they have since been heavily influenced by NAR and seeker-driven teachings.

My teenage years were spent not going to church or even professing to be a Christian. But in 2014 when I was 27, I began thinking about this whole “God thing” and I recommitted my life to Jesus.
After this I decided I needed to find a church – ‘cuz that’s where Christians go, right?
(I want to add, my mum had been out of church this whole time also, but she has always loved the Lord even though she did not attend a church regularly. However she began visiting local churches about this same time).

It was also about this time someone had told me about YWAM (Youth With A Mission), and suggested perhaps I might also like to do a Discipleship Training School where I would learn to hear Gods voice, grow deeper with Him and then go on an out reach to a developing nation to share the good news of Jesus with the people. It all sounded pretty “Christian” to me!

This was my first time in an organized religious group, and to say I was overwhelmed is an understatement! The first night I was there we had a group worship time including speaking in tongues, prophesying, and from my perspective just a whole bunch of things that made me feel uncomfortable. However, I thought that this was what being a Christian was all about. We were told that being uncomfortable just meant we had to breakthrough into what God had for us on the other side.

On the second day of my 5-month adventure, after praying for most of the previous night about how I was feeling, I decided that I obviously wasn’t as Christian as I thought and that the best thing to do would be to leave, join a church and maybe come back when I had grown deeper with God. I’m so thankful God has made me a determined person, because leaving YWAM was not an easy task. I was made to feel like I was throwing away everything God wanted to do for me, all the things I needed to be healed from wouldn’t happen if I left, etc. I still left!

As I mentioned before, around this time my mum had been visiting local churches and came across a really “alive” and upbeat one that she thought I might like. There were lots of young people and everyone was really friendly. I went along and loved it. The songs were like what we sang at YWAM. (I now know this is mainly Hillsong and Bethel music.) This was definitely a place I was going to be able to “go deeper with God.” Or so I thought.

It wasn’t long before I was attending a weekly home group. Prophesying and speaking in tongues was the norm, and this was still making me feel uncomfortable. I had no idea why, these people were Christians, the problem was obviously me.

Because I had only just become a Christian, I had read basically none of the Bible. I had no idea where to begin, or how to read it. I was hoping by joining a church this would enable me to be able to read my Bible. So all my uncomfortable feelings were just that, feelings. I wasn’t reading my Bible to know any better.

Early in 2016 I decided I needed to be baptized. I still wasn’t speaking in tongues, and thought maybe if I were baptized then I’d be able to do it! I approached one of the pastors who had been running the home group, and she said they had a baptism day coming up on Easter weekend. This is about the time God truly saved me, by opening my eyes to the falseness.

After my YWAM experience and being surrounded by “world changers” at church, I thought what I needed was to attend a Revival School. I filled out the paper work and was about to send off my $1,300 deposit when I thought I better first find out what the 3 weeks will entail. Looking at the schedule I saw a word I’d never seen before: SOZO. I thought, “what on earth is a SOZO session?” So I Googled it… I was shocked! The little that I had read my Bible told me that this “session” was not at all biblical.

I also discovered that the school was being run from a church under the banner of churches in which I belonged, and worse still my senior pastor was the national leader for these churches. The leaders of the school operate their own prophetic ministry under the New Zealand chapter for Patricia King’s XP Ministries!

Armed with my shocking information I contacted my home group pastor and asked if I could meet with her and her husband, explaining I had come across some information that was preventing me from getting baptized through New Life Churches. The pastor said that it was fine, that there would be plenty of other opportunities to be baptized, and that she would let me know when she was free to talk. (10 months later and I’m still waiting for her to contact me.)

I began researching into Patricia King using cults.co.nz and that led me to find out about Hillsong and Bethel. I made friends with someone in the U.S. exposing Bethel, and it was through him I discovered Pirate Christian Radio. I am so thankful to have these connection as I (like others), had to deprogram what I took as truth.

Words can’t express how thankful I am that God opened my eyes and awoke me before I drowned in the seeker sensitive, name it and claim it rubbish that I was listening to.
I also discovered that the church I was attending comes straight from the Latter Rain movement, which they proudly display on their website.

I have tried to talk to a few of the people from the church, but ultimately it’s led to me being deleted from Facebook and even blocked by the senior pastor himself. It’s been hard accepting such rejection when in my heart I was genuinely seeking God and took what I was being fed as the truth. God continues to help me with forgiveness towards them and I pray that God may open their eyes also, especially the pastor as he has such a huge influence throughout New Zealand.

My parents are now re examining what they have been taught under the light of what Scripture actually says (in context of course!). We are all so much happier, stronger in faith, and our Bibles have never been used so much!