Posted By Amy Spreeman on January 27, 2017 in Leaving the NAR Church 5
Share

“I had the most painful conversation with my wife that night that I’ve ever had when she got home, and I knew that we had to move out of town and leave Pentecostalism…”

Oftentimes I’ve found that psychological abuse goes hand-in-hand with the hierarchy model of the New Apostolic Reformation (NAR). The emotional and spiritual abuse from Dylan’s Australian church (not to mention the false teaching), was so intense that he packed his wife and five children up and moved away.  Australia is rife with New Apostolic Reformation and its mystical teachings.

Dylan gives us an inside glimpse at the heartache of his small-town church. Make that former church.

This is Dylan’s story in his own words: 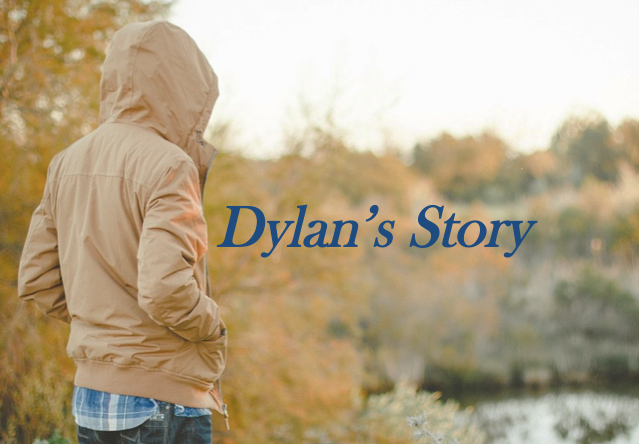 Our family left our small country church just over a year ago. It was in a seaside town in country South Australia, and our experience there was a haunting one even thinking about it now.

My wife and I both played music and led worship bands occasionally through our younger years in charismatic churches, and we felt like we could help the music team out with this church’s praise and worship songs on Sundays. But us having four small children and another one on the way wasn’t really in the “vision” of the young lady who led the team.

When we first got there we felt welcome, especially because we had small kids. They had a crèche (nursery). They had one piano player who happened to be the pastor’s daughter, and we immediately thought we could jump in and minister there.

We witnessed a change-over from the previous pastors to these new ones from South Africa, and were initially excited. We were looking forward to working with them on new outreaches, new ministries, and helping women to study Scripture together in small groups. But as time went on, we had several decidedly shaky experiences with the senior leadership.

One time I remember we couldn’t make it to a leadership day after church because our daughter was crying and needed to breast-feed. There was nothing we could do, and had to leave. So we did. We even politely told the senior pastor himself on the way out. Then the pastor’s wife stormed out of the building and started berating us for leaving early. “What are you doing? These meetings are where God moves and we catch the vision of the church! Why are you leaving this early?” After explaining everything she stormed back in in a huff, and slammed the door. This lady had the title of “Pastor” to her name in public and on all literature, and flaunted that title in every part of the service.

Another time during kitchen fellowship, we were talking with one of the volunteers, who was a family friend. Right in the middle of the conversation the pastor’s wife took aside this volunteer, and blasted her for “speaking too long” with us, and said that she needed to “get back in the kitchen.”

The service of volunteers is pushed and pushed in these NAR churches, where they push for “excellence” in everything, at the expense of the volunteers who blindly join up thinking they’re serving God by fulfilling the pastor’s labour needs. We heard from the top leadership that church is not for the believer, but to be comfortable and relevant for the unsaved. I even heard in leadership meetings that church is to be catered and operated like a successful MacDonald’s franchise, with the same level of welcoming customer service!

We realized that the pastor’s doctrine from the pulpit was New Apostolic when he played a message from David Hogan who is associated with Bethel Church. This man claims to have raised hundreds from the dead, and to have driven underwater in a semi-trailer truck. He would constantly “whoop” and “woo” in the glory during services. He also runs a “healing ranch” in the U.S. that nobody really knows where it is or what it does. Seeing this man’s crazy preaching and the Creflo Dollar-style sermons about claiming cars by declaring how righteous we are as believers was a sure sign we had to go. Something had to change.

But there were other events before us leaving that led to where we are now.   I remember one time I was pulled aside by the pastor for wanting to bring my children to a worship team night where they were going to watch a DVD on team leadership in worship. I was chastised for “expecting their family to provide for our kids” and that we “don’t appreciate and respect his daughter’s authority.” As far as I was concerned, God was my authority and his daughter was simply trying to tell me what to do as a husband and father with unfounded bravado in a new leadership position. This conversation was recorded live, and made me feel extremely uncomfortable.

This “covering” doctrine the pastors adopted stemmed from the shepherding movement which I knew had ties to the “latter rain” movement. Our church constantly preached that because healing is in heaven, healing is also on earth, that the evil people who built the tower of Babel in unity were doing a good thing because of their unity.

Guest ministers prophesied over us, giving confusing and weird messages such as my wife “birthing new ministries” and “leading other people,” when all she wanted to do was homeschool our children! The John Bevere “UnderCover” books had played a part in this obnoxious and volatile leadership demand set, and his sermons were regularly played and promoted in church.

Dominionism was regularly talked about, as was “Kingdom thinking,” a term I remember since my Bible college days that refers to thinking in terms of taking ground for Christ instead of making disciples of all nations, teaching them all that Jesus commanded.

The hammer really dropped, though, when my wife attended a women’s event called “Providence” where young women were given a mini-concert and prophecies from a preacher from Adelaide South Australia. After the event was over, the pastor’s wife took my wife aside and said, “can I speak into your life for a moment?” My wife naively said “yes,” and she then proceeded to sit down with my wife and tell her how unorganised she is, how she had a “rebellious spirit,” how we hadn’t read the leadership book by heretic David McCracken they gave us yet, how we couldn’t have any more children (even though we were pregnant at that time with our 5th), and that my wife will never play on the music team until she starts “mopping floors” and listening to authority more to “earn” her place at the top.

She even told me to get a vasectomy so that our ministry could continue as they wished. There was more said, but when I confronted the pastor with this he simply said that, “every word from God has to be taken with a grain of salt. You take the good bits and bad bits and sort them out on your own.”

That was it. No look into the matter, no sympathy, no regrets. In other words, what she said was “from God” and that it “had to be filtered through.” This absolutely floored us.

This totally killed our sense of belonging and alienated us from them. We were lost, and searching, and crying most nights. We’d always had the carrot dangling over our heads in that church that we’d one day get to minister in the areas we felt called to, but that we just “weren’t ready” yet. They kept going on and on at volunteer meetings about their culture and vision they’re building, and demanded outrageous amounts of money for elaborate building projects.

In the end it pushed me to urgent prayer, and care for my wife.   I had the most painful conversation with my wife that night that I’ve ever had when she got home, and I knew that we had to move out of town and leave Pentecostalism. The rancid doctrine and imaginations that came from the pulpit were so bad that I resolved to attend a conservative church as soon as I could.

So after much prayer and house hunting, we came to live in Tailem Bend South Australia. We now attend a conservative Baptist church that solidly preaches the Gospel. God’s word is honoured in the way it is handled. We now go into nursing homes locally playing hymns in a modern way for them, singing songs that have been sung for generations about Christ and Him crucified, and about God and His endless mercies and riches.

We don’t miss the hype, mania, chronic fatigue and mishandling of God’s word in our old NAR/charismatic church, and have a fresh love for God and ministry that didn’t exist for a long time. We are still healing, but thanks to some episodes of Fighting for the Faith, some good discernment, some great conversations and lots of prayer – we have begun to find new ways to reach people with the Gospel, and have left behind the burnout, labour, service and manipulation of the New Apostolic Reformation doctrines.
Praise God!