“Anyone could interrupt the sermon, grab a microphone, and give a word from the Lord. This became more common, and the pastors loved it! “

Malcolm was born and raised in a church dabbling in mystical SOZO Healing Prayers,  Soaking Prayers, Fire Tunnels and more.

He has allowed me to include his story in this series about a movement called the New Apostolic Reformation, or NAR for short. It is at its core an anti-biblical counterfeit that sounds almost like biblical Christianity.

This is Malcolm’s story in his own words: 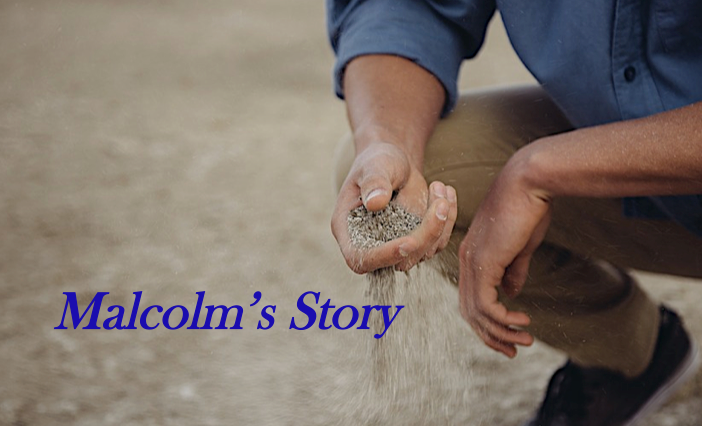 I grew up in a Christian home, with three siblings, and wonderful God-fearing parents. My parents were saved when they were first married, and immediately fell into an NAR church, though it wasn’t called the NAR at the time yet, since this was the 80s.

From the stories that they have told us kids, their experiences were just as bizarre and demonic as the NAR is today. They have said that what they saw 30 years ago is exactly the same evil acts of spiritual manipulation and pastoral abuse that they endured in their early years of enthusiastic faith. They went to this pre-NAR church for around 12 years, before I was born. But my older siblings remember that place well, and the church is still alive and active in our community today, just as crazy as ever.

My parents were actively involved in many ministries within that church, and they were falsely accused of many things as well. They left; essentially they were kicked out. The senior pastor and associate pastors (who were self proclaimed prophets), lied to the congregation about my parent’s intentions.

From there, they found another church that was brand new to our town. It was taken over by a young pastor who had just come back from Charismatic Bible school, and he was also abused in the same church my parents had left. They immediately had a connection, and were able to relate to him right away. Once again, my parents were highly involved in the ministries of this church, having a key to the place, leading worship, Bible studies, and children’s ministry. As my siblings and I grew up, we also became very involved in the church activities as well.

This church wasn’t outwardly NAR like the last place was, but they held no formal doctrine, no statement of faith, no denominational affiliation, and didn’t have any sort of accountability at all. The taught whatever, by whomever, though the crazy aspects and “spiritual awakenings” didn’t take off there very often. It still did though.

Occasionally a very charismatic pastor would be a guest speaker, and have the big classic NAR alter call. This church became very popular, and grew from 100 people to around 400-500 members over a course of 7-10 years or so. The self-appointed pastors (there was no board of elders or deacons, for fear of inviting in a religious spirit), proclaimed that we were going to build a new facility. They called a meeting on a Sunday Night and revealed to us the floor plan of the new church building, which was massive. None of us voted on whether or not the church should do this, it was just told to us that God wanted this to be done. The pastoral office was a classic vision casting model.

The facility was built and everyone volunteered, though the financials were sealed tight. No one was allowed to know how much money was going anywhere. However you were expected to tithe, and it was taught out of context from the Scriptures that we would be cursed if we didn’t. The church grew a little more and it was the “happening place” in town for a few years, mostly because of the shiny new building.

Services continued to operate, and it became more and more relaxed, where anyone could interrupt the sermon, grab a microphone, and give a word from the Lord. This became more common, and the pastors loved it! A few associate pastors came and went, but the associates that I knew, who are still there, were YWAM (Youth With A Mission) missionaries, and heavy NAR teachers and believers. They along with other members began to bring in some in literature from famous NAR churches, Hillsong, and Bethel Church, New Life Church in Colorado Springs, etc. It snuck in by way of music culture and worship time.

We went along with it, sang all the songs, and helped to lead the charismatic worship time where people were getting filled with the fire of the Holy Ghost. But then one day, we were told to look up some specific kind of (false) teaching from Bethel, and told by friends to embrace it. So, at this point I’m 19 years old, having grown up in this place, thinking that this was the closest best thing to the Biblical New Testament church. My parents and I looked up these videos on YouTube that we were told about. My parents instantly had flashbacks of the old church they had left 20 years prior, and realized that this church was heading in that same hyper charismatic direction.

We liked being more moderately charismatic, but as we learned from more research, it’s impossible to be charismatic with it not eventually leading back to the NAR and the charismatic teachings on the gifts that have been extrapolated and twisted out of context from the Scriptures.

In our stumbling on YouTube regarding these false teachings like SOZO prayer, soaking, and the fire tunnel, we came across Chris Rosebrough, who debunked all of it in about 1 hour of his Fighting for the Faith program. We were hooked!

We hung on for another year at this church hoping that we would be able to influence the ministers to repent, to get away from this false doctrine. Since the church never really taught anything anyway, it really wasn’t too late in our eyes. We had been set free, and we tried to share that freedom with others in our church, but it was resisted. And after a year, we completely gave up and left.

I’ve gone to that church since I was born. That was all that I knew. We all began to deprogram and deprogram, especially my parents who were steeped in Charismatic craziness for 30 years. I was so discouraged, but just before I made my exit from that church, I enrolled in Bible school. It’s a legitimate school that is well known to teach with expository methods. I thought that maybe my pastors who knew me since I was born, who baptized me, who watched me grow up in their church, would be somewhat interested in what I was wanting to do, and maybe discuss their experiences with Bible school, as mentors to me.

No. This didn’t happen. I had documentation from my school that needed to be signed by a pastor for my volunteer work, to prove that I was involved in a church. One of my pastors took the document, and as he was signing it, he belittled it all, saying that it looked like it was from a grade school. I felt like a kicked dog. I immediately knew that I wasn’t welcome in that church, after being a life long member who was born into their congregation. I later figured out that it was probably because they had no formal training as pastors, and didn’t think that Bible college was really worth something.

We left, sad and confused. But the longer we’ve been gone, (about 18 months now) the more free we are, and the more cult-like that place seems when we talk with people that still go there. I have since found a church that teaches from a real statement of faith, and doctrinal statement. (Imagine that!) They teach with expository methods, and vet every book that comes through the door before allowing it to be used in any aspect. They truly revere the Word of God, and respect it, by not practicing wild actions of the flesh that are extra-biblical.

I have been set free. And I have been loved by a true church that really does practice and teach the Gospel, rather than bondage to the Law that I was exposed to my whole life at my previous church. I have never felt so free, just by simply studying the Word of God, and seeing the Law and the Gospel work hand in hand, not one without the other.

So, to those of you who are in the process of leaving an NAR or NAR-influenced church, don’t hesitate any longer. I know that it’s hard to leave those friends behind. I feel like I’ve been shunned by members of my old church, but I also have so much freedom in Christ, and my new brothers and sisters in the Lord at my current church know this too and have had similar experiences. There are good churches out there still.

Don’t try to change the one you’re in, only the Lord can. I have found such great comfort in reading Revelation, and the seven letters. Jesus already has addressed the problems that exist in the church, and is calling them to repent. We just need to get out of the way and let Him draw them to the truth.