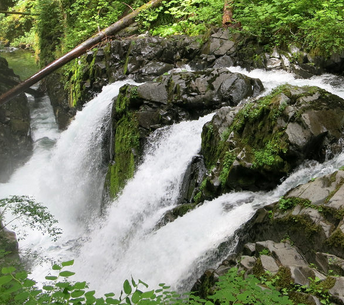 What’s with the streams?

Several “thus saith the Lord” prophecies about three hyper-Charismatic, New Apostolic Reformation (NAR) empires merging is interesting, given it is coming from several different “prophets.”  The predictions alleged to come straight from God’s own mouth say that the three conglomerates, Bill Johnson’s Bethel Church in Redding, California, Mike Bickle’s International House of Prayer (IHOP) empire, and the Toronto church are three rivers that must flow into one.

The original oracle was spawned several years ago by Patricia Bootsma, lead pastorix at the Airport Campus church at Catch The Fire Toronto.

In 2011 there was a “3 Stream Conference” in Toronto in which Bill and Beni Johnson and the Arnotts were featured speakers, discussing the convergence prophecy:

The converging of these three streams will bring a fuller revelation of the Trinity to the Body of Christ, help usher in the Great End Time Revival and raise the water level (Ezekiel’s River) to an extent we can only attain together. We are seeing the fulfillment of that prophecy. source

Fast forward to this week, when a brand new “word” was published at the extra-biblical Elijah List website titled, “When Two Prophets in the Same Day Get Revelation About Bill Johnson, Bethel, California and Much More…”  (Obviously we don’t recommend this site to our readers unless you’re using it for research purposes). Interestingly, here come those rivers again. Sound familiar?

“I Will Bring Many Streams Together!” Words for Kansas City, Hollywood and California
by Stephen Powell, Fort Mill, SC

I hear the Lord say, “The International House of Prayer is on My heart, and they have much to give this new generation, so don’t forsake their ways. I have done a mighty work in this land, among these people, and they will continue to impart and raise up as I have seen fit to call them into this work. But there will be a merging of streams again, west with the east, as it was at the beginning when Metro merged with Vineyard. Azusa was only the beginning, for I will bring these streams together in more ways than one in the days to come to devastate the enemy’s kingdom in this land. Both are needed, not one above the other, even as Peter and Paul were needed in their day. Don’t forsake one for the other, for in doing so you cut off the flow of Kingdom riches that I’ve given to each. source

Do I believe this is a thus-saith-the-Lord prophetic word?  No, I do not. Mike Bickle himself admits with a grin that 80 percent of the phenomena in the thousands of charismatic meetings he has sponsored and participated in have been utterly false—phony, fraudulent, fleshly—totally and completely fake. Bickle insists that’s not a problem. He is willing to “allow the false for the sake of the real.”

I do believe that the author of this “three rivers prophecy” filling the heads of these self-proclaimed prophets is none other than the devil, who clearly desires to unify these three counterfeit movements into one powerhouse. Just remember that our sovereign God knows all of this, and even warns us of the great deception to come in these last days.

Leaving the NAR Church: Malcolm’s story
The Hyper-Charismatic House of Cards: Let It Fall and Be Free