“The overall ambiance and feel of the services left me feeling confused. How come I wasn’t experiencing these gifts? Why couldn’t I speak in tongues? Why couldn’t I receive these visions and prophecies? Why wasn’t the Holy Spirit talking to me like he was to these people? And then it came to me: How could I learn to become like them?“

This is Jonathan’s story in his own words: 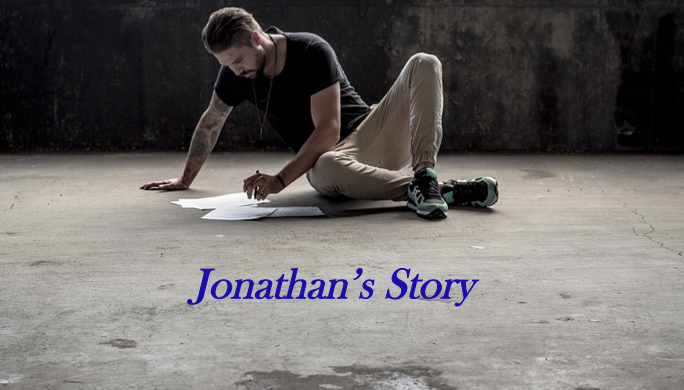 I haven’t always been the best Christian in regards to bringing what I hear, whom I have looked up to, or whom I place myself under for guidance and teaching. That is the precise problem with why I fell into the trappings of NAR and experiential/signs and wonders heresies.

After I dropped out of college I found myself chasing pleasures to make myself feel better – namely sex and alcohol. I hurt friends and family and abused too many that cared for me in the process, compromising their trust in me. During my pursuits, I found myself dating a pastor’s daughter for a number of years off and on. Illicit details aside, the only thing worth mentioning was her dad had taught me how to go about reading the Bible, verse-by-verse and not topically as I was accustomed to. That was the only light in a dark spiritual climate for me for roughly the next 5 or so years.

Barista
I left the church her dad pastored after our relationship ended and I formed a relationship with a local coffee-shop barista, whom I’ll simply call Barista for anonymity’s sake. Barista was a Christian and I found her to be a very good listener, I looked up to her seemingly endless spiritual knowledge and her storytelling and passion for Jesus. She would tell me of how she spoke in tongues, how to beat wiccans in spiritual battle, how to interpret dreams and visions, and about her own personal visions.

She claimed to have seen Jesus face-to-face, and his eyes were burning fire, I mean, it sounded biblical, and why couldn’t Jesus reveal himself like that if he truly was God, right?! Such was my thinking at the time.

At any rate, Barista decided to teach me how to talk to the Holy Spirit and make requests for “miracles” to happen. I distinctly remember our phone conversation that day in which she told me to just close my eyes and ask the Holy Spirit to tell me what color shirt she was wearing. It wasn’t surprising when I couldn’t give her the correct answer looking back on it. However, she was able to guess what color hangar was holding my favorite shirt, so I was impressed by her ability and closeness to God! She also claimed to have prayed for so long, so faithfully that anyone entering her apartment immediately fell to their knees in worship.

Over the course of our friendship, Barista took me to a local church called Freedom Christian Center. This church was very charismatic and very NAR-affiliated as I came to find out later. Worship consisted of flag waving, slain in the spirit moments, EVERYONE speaking in tongues during worship, frequent visits by associate pastors from Bethel-Redding. The leaders made many references to modern-day prophets and such as Rick Joyner, Kim Clement, Bill Johnson, etc.

The overall ambiance and feel of the services left me feeling confused. How come I wasn’t experiencing these gifts? Why couldn’t I speak in tongues? Why couldn’t I receive these visions and prophecies? Why wasn’t the Holy Spirit talking to me like he was to these people? And then it came to me: How could I learn to become like them?

That’s how it is I suppose, when you look blindly to a group of people, you desire to become like they are, no matter how deceived they really are!

At any rate, Barista would later tell me of how local witch covens had tried to curse the church but failed, how the witches’ sacrifices of dead animals on the steps proved the church was authentic, and how witches could tell who was a Christian by the “fire” emblazoned around their diaphragm or something poetic like that..

WHY DID THE BIBLE NEVER SAY THESE THINGS!? That should have been the “let’s get out of here immediately and end this friendship” flag.

But we continue further into the depravity.

I forget the exact year, but I traveled as a chaperone with Freedom’s youth group to a place called The Ramp in Hamilton, Alabama. I do not recommend going here, period. It was at The Ramp I got to experience what the NAR is all about…signs and wonders…the experience being above God’s revealed and inerrant Word.

The Ramp was lead by a Karen Wheaton, pastored by Damon Thompson. At The Ramp, each of the few days I was there was filled with various dramatic performances, teachings, prophesying, tongues, slaying in the Spirit, fire tunnels, screaming, moaning, maniacal laughing…you get the picture.

The worship team deemed themselves the Chosen and were very gifted at leading the entire audience into any state of frenzy or tears they so chose with emotional pleas and hypnotic music from the stage. I remember kneeling with everyone else, eyes closed arms up and sobbing as the girl on stage sang a song. During the praise section that opened each day, if you didn’t jump and scream and go CRAZY, the singers on stage would call you out for not being “energized enough for God” and keep harassing you to do better until you were jumping around like everyone else. Now I’m 6’6’’ and easy to pick out in a crowd. I don’t like to dance. I bore this one time only and decided it was better to go with the flow from there-on out until I got out of there.

I wish I kept the notes of that trip on what was preached about, however I cannot remember the passage. What I clearly remember is the entire congregation lining up (400 people easy) and running through a fire-tunnel lead by the Chosen. If you are unaware of a fire tunnel, you aren’t missing out. The Chosen formed 2 rows and “anointed” their hands with oil. They then proceeded to “pray in tongues” for as long as it took to allow everyone in the auditorium to pass through and receive their prayers, healing, blessing…whatever. I had the “privilege” of being pulled out at the end of the tunnel by Damon Thompson and prayed over by him in tongues. EVERY person before me that he pulled out fell down slain in the spirit and had to be carried off the stage. I did not, which seemed to surprise this man because he then proceeded to BLOW IN MY FACE and scream a prayer over me…that wasn’t ok with me and I walked off of the stage. Had I not driven there as a group I would have driven back home to Florida. Nevertheless, I had to endure the insanity.

After my group came off the stage, some slain and some “drunk” in the spirit, Barista encouraged the girls of the group to begin prophesying and praying over those “drunk” in order to slay them. One of them happened to be her own mother was was already very weary of the ordeal.

The insanity began to die down when Barista decided to move home, coincidentally to Alabama – she had apparently “become a Christian” at The Ramp when called out by Karen Wheaton years prior to my meeting her. I have had very little, if any, contact with Barista since this time and have severed ties completely upon meeting my wife back in 2012. Before leaving, she gifted a few of us with a book called Final Quest. I read 2 pages and threw it in the trashcan. It was written by none other than Rick Joyner.

I pray for Barista often. Her testimony is a long and dark one filled with experiences such as theses, homosexuality, family tragedies, the pursuit of spiritual power, etc. Without Jesus, she is lost to this movement and fully embracing the heresy of “LOVE WINS” instead of obedience to the cross.

I look back at what I believed and how easy it was to fall into and just simply shake my head, praise the Lord Almighty for his grace to bring me out of that mess and continue on with my day. I thank you for the opportunity to share my experiences, whether used or not, I pray they are of help with your research to expose this dark plague among Christendom.