Posted By Amy Spreeman on February 24, 2017 in Leaving the NAR Church
Share

“These people could see angels, see visions and interpret dreams. Some of the leadership would travel to Bethel for inspiration and guidance.”

Sean writes to me from Cape Town, where the New Apostolic Reformation deception is thriving. He has seen his own pain in the many testimonies I’ve been writing about in this “Leaving the NAR Church series,” and wants his brothers and sisters in South Africa to know that there is hope; that this is not what church is supposed to be.

I want to take readers beyond the textbook What is the New Apostolic Reformation Movement explanation, into the personal experiences from those who have been there, and what happened when God opened their eyes to the truth.

Here is Sean’s story, in his own words: 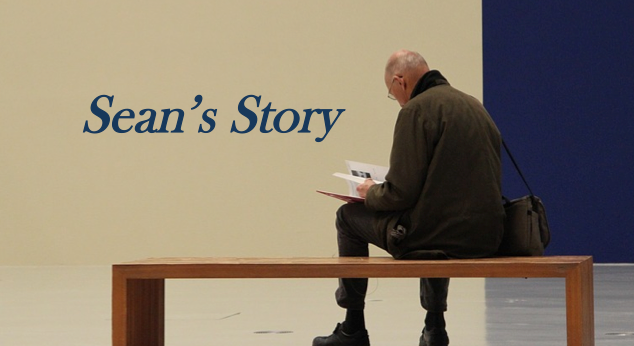 I grew up as a child until the age of 13 attending a good old fashioned orthodox Baptist Church in South Africa.

From the age of 14, the Word of faith exploded and my parents and I attended one of the mega churches. The days of healings (always something internal and never a missing limb) falling under the spirit, tongues, and the praise and worship consumed our daily lives. We had all the big names come and preach: Benny Hinn, Rodney Howard Brown, Charles Capps, Bob Tilton and so on, all came and did their thing. We were consumed with naming and claiming and tithing and interceding.

They used to have area pastors who would do house visits with their clipboards, rating us by our spirituality. I remember not being happy about it and they mentioned to my new bride that I was not cooperative. However, life went on and we always attended the great events and spectacles, bought the latest music and books, and were at the forefront of that movement.

In 2000 I was transferred by my work to another province, Kwa Zulu Natal. Here we attended a NAR-affiliated church. This church had its main branch 100 miles away and it would send someone to our area on a Sunday to preach. When the main pastor and his wife would visit once a month, he would arrive in his luxury German sedan immaculately dressed. I could not help always noticing the old damaged vehicles the congregation drove in comparison. They had aspirations to preach in the USA (which they eventually did).

At that stage we were under financial pressure as well and I could not afford to buy nappies or infant food for my newborn son. I discussed using the tithe money with my wife which brought absolute fear into our house. She said we would be cursed and stand to lose all. She had discussed this with the pastor’s wife, who said it would be a grave mistake according to the word of God. But another family member told me I would be worse than an Infidel if I did not care for my family.

So I stopped tithing, which brought the pastor and his wife to our house for a visit, and told us we were not making the right decision by stopping tithing. A week later we left their church and joined another. The area we lived in, called Ballito, was exploding, and churches were popping up all over. After a few months we were introduced to angels, prophetic utterances and experiences deeper than what we had experienced before.

These people could see angels, see visions and interpret dreams. Some of the leadership would travel to Bethel (Bill Johnson’s church), for inspiration and guidance. I was not comfortable with this at all, but the leadership had their claws on us. We carried on attending for a while longer feeling that we had to pursue these spiritual experiences.

In 2011 my younger sister became ill with cancer. For the eight months that she lingered, every pastor my parents could find was requested to pray for her healing. It was a torrid time full of fear, anger, and utter desperation for the entire family. My parents thought that they did not have enough faith, and my sister’s children thought their mother either had sin or did not have enough faith as her health steadily deteriorated. No prayer from these pastors worked, and she passed away.

In 2012 I was transferred to Cape Town. I would lie in bed every night searching the Internet for answers on my iPad. I had decided to wipe everything that I was taught or believed, except for my belief that Jesus was crucified for my sins and that he was my saviour. One night I stumbled on a podcast called “Fighting for the Faith”. After listening to its podcasts every night for a few months I realized the years of bondage and years of lies I had believed. I still listen to this podcast every day, as well as a few others.

Sadly, some of my family still hold on to NAR beliefs even after what they had experienced with the death of my sister. I have chatted with them and forwarded discernment info and links, but to no avail. They think I don’t believe in Christianity which is heartbreaking.

I have searched for a church here in Cape Town, but this city is filled with Hillsong sites, and most other churches are affiliated to the NAR in some way or another. I don’t think it’s possible to find a church that is not mixed up on Word of Faith or N.A.R teachings and actions.

I am grateful for having podcasts that keep me up to date and that teach the Gospel. My only concern is for my family members who are bound by their lies.

Celebrating Charismatic Catholicism … As If They Don’t Have Enough To Worry About
The Left vs. Reality