Posted By Amy Spreeman on February 27, 2017 in Leaving the NAR Church
Share

“I thought my voice could be one that would usher in repentance and reform. Oh how foolish I was to think I could accomplish only what the Holy Spirit can do.”

Cole wanted to stay in the only church he’d ever known, but God opened his eyes to the false teachings of the NAR church. Could he stay and make a difference? Be a light in the darkness?

This is Cole’s story in his own words: 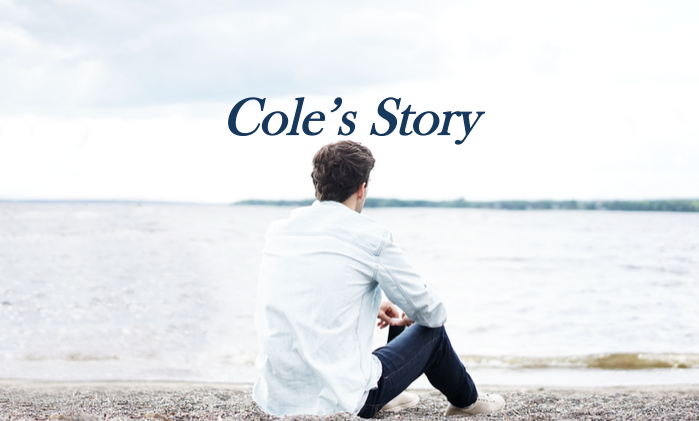 Here’s my story. I hope it’s able to help others be set free by the Gospel.

I got saved at the age of 17 at a NAR (New Apostolic Reformation) church in 2001. I did all the things that good members do, take the course in which you can get the vision of the church, and starting serving in children’s ministry. I even went so far as to take the post-high school 10-month internship, where the true servant of all servants attend and receive even more knowledge from the God-ordained leadership.

During this time I would learn how to budget and tithe diligently, submit to leaders, and learn the spiritual consequences of “dishonouring” those in authority. I’d even heard one story that God gave cancer to an individual who dishonoured the “set man of God”.

I began questioning things at this church early on but kept them mainly to myself as to not bring about any wrath of God for speaking against the God-given authorities.

This was the only church I’d ever known, so I ate it all up happily with the desire to please God in all I’d do.

Questioning moment  #1: While I was serving at a children’s camp, the children’s pastor was praying, prophesying, and bringing all the children to the point of crying and wailing for Jesus. She then approached me and began to have a “word of knowledge,” in regards to all the abuse that my alcoholic father did to me while under the influence.

Questioning moment #2: My wife and I were expecting our first child, and tragically miscarried three months into the pregnancy. We were devastated. My wife was encouraged to attend a seminar in which they would explain what sins you have committed to bring on such a horrible thing.

The answer we received was that my wife’s sin of anxiety and fear, which has been an issue for her for a long time. I would later find out the ramifications that experience had on my beautiful bride.

Even more time passed and now I was the youth pastor of the same church.  By this time we had two kids and served 14 years working at the church.

Questioning moment #3: The founding pastors (a husband and wife team), decided to have a consultant come in and evaluate the culture of the staff to determine how to take the church to the next level. They received negative feedback about their abusive, controlling leadership, as well as the rampant nepotism that was taking place. They were hurt, and threw it all in the garbage. They chalked it up to dishonor, not knowing what the evaluation was really about. The culture was toxic, “but let’s just ignore all that.”

My eyes began to open when a long-time associate minister left. He had discovered the beauty of the Gospel. He apologized to me for teaching me false things as my youth pastor, and for contributing to the narcissistic environment. My wife and I began to have more questions and Gospel-awakening moments.

I was changed, set free by the true Gospel. I stood in front of the youth I’d been pastoring, and apologized for teaching them falsely and not pointing them to Christ and His finished work on their behalf.

Questioning moment #4: The church was going through a difficult financial season. Their solution was to do a video series on tithing in which an American preacher told the congregation to tithe faithfully 10% or you’ll open yourself up to the curse of the enemy. At this point I was furious. This Gospel erasing message was burdening the congregation to fix the church’s financial woes.

At this point I was actively preaching the Gospel every week and eating up more traditional reformed teaching. After all my church did encourage us to feed ourselves. I was committed to preaching Christ the best way I knew how with my limited and growing understanding of the Gospel.

Questioning moment #5: This was the question that broke the camels back. The Senior Pastor’s relationship with me had been degenerating for some time, as my Gospel emphasis was clearly coming against the teachings of the church. The conversations I was having with individuals about the Gospel where causing some to compare what was being communicated from the church to Scripture.

I thought my voice could be one that would usher in repentance and reform. Oh how foolish I was to think I could accomplish only what the Holy Spirit can do.

I was committed to the Gospel and preaching Christ first and foremost to the youth that I was responsible for, as well as those in the congregation I would talk with.

I was eventually called into to the Senior Pastor’s office and passively but aggressively told that I was not trusted. He said, “Every time you open your mouth I think you going to screw me,” and, “stop preaching Jesus to the youth and start talking about things like peer pressure.” He said that I was his “spiritual son,” and that I needed to submit to the spiritual father and drink from his “well of wisdom,” and that I would not become a real minister of God until I drank from his well.

That was that. I gave the download of the meeting to my wife, and in a month we were gone – new jobs for both of us. Out the door we went.

It was the hardest time of our lives. Emotions were mixed, and we felt as if we were abandoning and leaving everything and everyone we had ever known.  We also believed so strongly in the Gospel, that we were not willing to compromise. We saw leaving as speaking more loudly to change than staying ever would.

We do want what’s best for that church and its people and leaders, and pray for repentance and reform to turn that place around.

Leaving church and starting fresh somewhere else is hard, but if this story even opens the eyes of one person that’s in a NAR church and causes them to step out then it’s worth it.

The Left vs. Reality
Basic Training: The Bible Is Our Authority