“There was so much supernatural stuff happening, people claiming to be healed, gemstones appearing on the floor, feathers floating from the ceiling, pink clouds, mist and smells such as lemon floating through the air.  I wasn’t sure what was making this all happen, but it was mesmerizing.”

Signs, wonders, wild experiences, all of these things are part and parcel of one of the biggest counterfeit movements in Christendom. Melanie has allowed me to include her story in this series about a movement called the New Apostolic Reformation, or NAR for short. In this series, I want to take readers beyond the textbook What is the New Apostolic Reformation Movement explanation, into the personal experiences from those who have been there, and what happened when God opened their eyes to the truth.

Here is Melanie’s story in her own words: 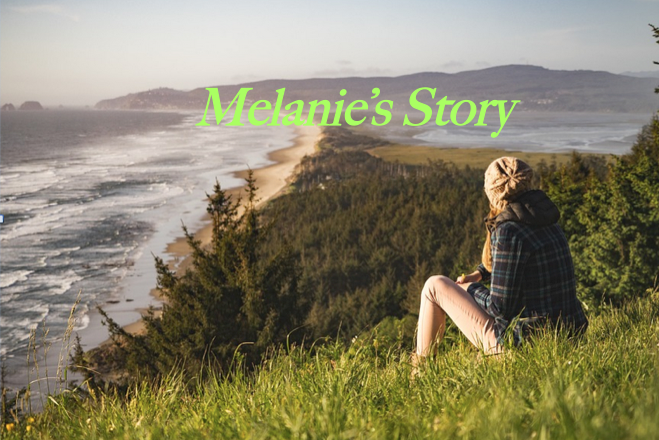 I was raised in the ELCA church, attended church weekly with my parents and learned the Bible stories at an early age.  I continued in my faith, attended Bible studies and church throughout college.  While I was in my 20s, I became bored and restless with the same doctrine, rituals and songs each week.

It was at that time that Hurricane Katrina hit, and a local ministry was accepting donations.  One of the leaders of the ministry ran a home furnishings store, and she was taking donations there.  I went with my donations, and I met this wonderful Christian woman, who embraced me, made me feel loved and prayed for me right in the middle of her store.

She told me about the ministry she was involved with and said that I should come to their meeting, so I did.  It was unlike anything I had ever experienced.  I had heard the word “charismatic,” but I had never experienced it before.  There were people raising their hands and closing their eyes during the worship songs, dancing, and chanting (which I later learned was called “praying in tongues”).  I was a bit skeptical of that, but I wanted to know more about the ministry, so I started attending weekly meetings.

The experiences grew as I was introduced to more people and encountered things in the spirit realm. Along with praying in tongues, I witnessed “slaying in the spirit” for the first time, trances, laying on of hands for healing, and people giving testimonies of being healed.  I was encouraged to join in and was prayed over and imparted with “spiritual gifts.”  I began praying in tongues and laying hands on people to be healed and slain in the spirit.  I was amazed by what was happening, and I got deeper and deeper involved with this ministry.

Some of my new friends from the ministry invited me to attend a conference in AZ with Patricia King, Todd Bentley, Joshua Mills, Bob Jones and others.  I wanted to go, but I was feeling anxious and sick to my stomach.  I thought I was just nervous and went to the conference.  It was wild.  So many things happened that I didn’t know where to look.  There was so much supernatural stuff happening, people claiming to be healed, gemstones appearing on the floor, feathers floating from the ceiling, pink clouds, mist and smells such as lemon floating through the air.  I wasn’t sure what was making this all happen, but it was mesmerizing.  The conference lasted for three days.  I came away from that feeling light on my feet, as if I was floating and felt like I had entered into another dimension above the earth.  I felt like I could do anything and that I had been given deeper power for healing and anointing people with the spiritual gifts that I had.

I continued to attend local ministry meetings each week.  Then I started going to a church that was into what I had been experiencing.  I was introduced to IHOP (International House of Prayer) in Kansas City at this church.  A group was going, so I went with them.  IHOP was a fascinating place.  I was drawn in by the worship experience and teachings.  I went to the prayer room, and a lovely older couple prayed for me.  I again felt a lot of love and acceptance at IHOP.  Over the next few years, I went to IHOP two more times.  I started feeling that something wasn’t right, that the teachings weren’t entirely biblical, so I never went back.

I went to a Benny Hinn conference. I felt physically ill at that conference and did not go back after the first day.  I stayed in my hotel room.  One of my favorite prophets was Kim Clement, so I went to his conference the next year.  I wanted to be able to play the keyboard and prophecy like he did.  I had that opportunity at a local ministry meeting one night, and the congregation seemed to go into a trance.

I continued with local ministry and was drawn deeper and deeper into the spiritual realm, tongues, and healing prayer.  A man came to town and shared his ministry and healing with my ministry group.  I did not feel comfortable around him, so I kept my distance.  I prayed and asked the Lord for discernment about that man.  I had terrible nightmares and kept praying.  It was then that I realized that the man was not a Christian, and what he was doing was witchcraft.

As I continued to pray, it became clearer to me that what I was involved with was not biblical and that I needed to get out of the group.  I had been talking to a couple of close friends in the group and told them about my concerns.  They also said that they felt like there was something off about the man that had come to town, and so we didn’t go back to the meetings.  I actually left the ministry group and stayed in touch with my close friends.  They were supportive of me at first, then they turned on me and said that I was just skeptical.  They went back to the group, but I was now viewed as an outsider, so they turned their backs on me.  I felt very upset and betrayed.

I lost all of the friends I had made in the ministry and left the church I had been attending.  I began reading my Bible and praying for discernment.  I realized what I had been involved with was outside of God’s will and was not biblical.  I repented, wept and prayed fervently for my friends, who were will involved in the ministry.  Even though I lost touch with them, I am aware that many are still involved in that ministry, and it’s been eight years since I left.

Throughout my experiences, I had pondered why the Lutheran Church Pastors never practiced or encouraged the congregation to pray in tongues, participate in healing prayer, etc.  Now I know the truth, and I praise God for opening my eyes!  Because of my experience with the NAR, I have gained great discernment.  Many of the churches where I live are associated with IHOP and other NAR organizations.  I refrain from attending those churches and pray for people, who do.

Which of These Crazy Jennifer LeClaire Quotes Did She NOT Say?
Does God speak to us? Should I expect Him to?