Posted By Amy Spreeman on March 15, 2017 in Leaving the NAR Church
Share

I started watching GOD TV. There were stories of angelic encounters, oil dripping from the speaker’s feet, feathers and gold dust falling on the worshipers, rain falling inside of the buildings, and supernatural gems being found all over the church. Due to my strong Christian upbringing, I knew that those things were not coming from God, but I was so intrigued with it all that I kept watching it.

What you are about to read next from Mandy’s GOD TV experience is one of the most frightening N.A.R. encounters I’ve posted yet (and this is number 20).

Here is Mandy’s story, in her own words. 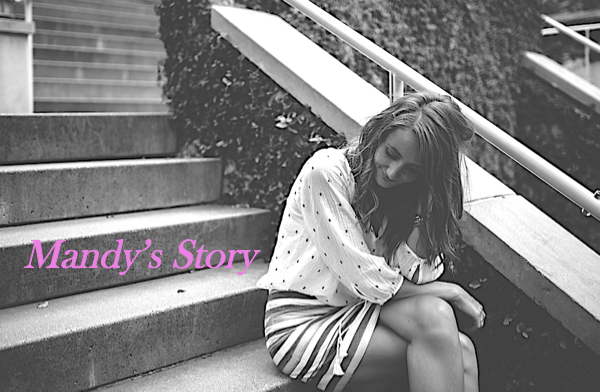 Shortly after my N.A.R. ordeal ended, I discovered this link to How to Try the Spirits, from the classic book, Man: The Dwelling Place of God by A.W. Tozer. With the encounter still so fresh in my mind, I comprehended Tozer’s words with full discernment and a new understanding.

In light of my story, you need to know that I did not have a computer until the end of 2011.  As far as Christian programming, I was at the mercy of cable TV with TBN, Daystar, and a few other channels. Whenever I discerned a red flag in one of the programs, I’d just switch the channel to another pastor with another sermon. That was all just part of watching Christian TV.

I didn’t know the term Word of Faith, much less the New Apostolic Reformation. I only knew that I loved the Lord and craved all of Him that I could get. What I did not realize was that I was the perfect candidate to fall into deception… I matched Tozer’s qualifications perfectly, in that I fervently craved more of God and would not settle for lukewarm Christianity! I wanted everything that I could get!

In 2008 I was introduced to GOD TV (a New Apostolic Reformation channel) and I quickly became addicted to it. The programming, the worship music, and the pastors were completely different from the others that I had become accustomed to. They were fascinating and spiritually enticing!

Even the channel’s music leading up to their commercial breaks was intriguing. Quite frankly, I couldn’t get enough of it. Their worship music seduced the viewers into a deep spiritual experience with captivating repetitions. The pastors spoke of deep, prophetic things that they had heard from God. It wasn’t long before I had completely abandoned the other channels for GOD TV. I was totally blind to its influence.

The red flags were there from the start.  I noticed that the spiritual experiences seemed to dominate most of the sermons, while repentance and the importance of a personal relationship with Jesus were not being mentioned at all.

There were stories of angelic encounters, oil dripping from the speaker’s feet, feathers and gold dust falling on the worshipers, rain falling inside of the buildings, and supernatural gems being found all over the church. Due to my strong Christian upbringing, I knew that those things were not coming from God, but I was so intrigued with it all that I kept watching it. It was exciting compared to the money-grabbers and fake healers that were on the other Christian channels.

One night on my way home from work, I heard a sermon on the radio, and I wanted to find out more.  So when I got home and turned on the TV, the first thing out of the pastor’s mouth was, “if you just heard (the radio sermon I’d just heard), you are a part of us!”

Hey, how could I resist a confirmation like that? It made me feel so accepted!

Let me pause here to say that, by allowing this programming to continue, I gave satanic deception an open door. When I initially noticed the red flags, I should have rejected this false doctrine. However, I chose to ignore the warnings, so…

Another night after work, I turned on the TV to find a woman introducing a special training program that was available through her ministry.  As she spoke, I watched the television disappear from around her, leaving only her face in the room.  She continued to explain how we could order this program.  I was not afraid of her.

Having surrounded myself with deception for months, I thought, “Surely this must be from God.”  I ordered the series.  A few days later it arrived in the mail and I began to listen to the CDs.  When I got to the middle of the series and realized what it was all about, I was literally shocked.  It was demonic.  It was angel worship.  It was astral projection in the name of praying for others.  Yep, we could go to them!  We could also hover over other countries as we prayed for them.  We could leave our bodies and enter into the “third heaven“. (That link is Patricia King’s actual teaching.)  It was purely satanic.

Instead of throwing the garbage away, I decided to listen to the CDs again.   Then I listened to them again; then over and over. I had become intrigued by them.

A few weeks later, having gone through the lesson several times, I tried to do what they suggested, by inviting an angel to appear in the room, even though I knew that the Bible warned against it. I listened to the music that they had provided as I tried to experience “going to heaven” with them.  I also imagined my spirit going into another person’s house to pray for them.

Shortly thereafter, I began to experience many vivid dreams and daytime flash-visions. I saw angels. I heard voices.  Even though I knew better, I tried to convince myself that these were Godly manifestations that I had somehow missed in my earlier Christian walk.

On the physical side, flocks of vultures began to hover over my house. If I stood outside, they would circle over me and cast their shadow on me, one by one. One day, when returning from town, while I was still about 1/2 of a mile away from my house, I saw a flock of about 100 of these birds hovering directly over my house. Another time, I heard a crash outside of my back window as an entire flock crashed a tree limb in my back yard. I later learned that birds often represent demonic spirits.

One day, as I was about to enter my front door, I felt a swat on my back side as if a parent had just swatted a child. This frightened me terribly as I realized that I had just entered a realm that I didn’t want to be in. Demonic spirits had actually been allowed to touch me. At that point, I knew that it was only going to get worse, so that very day, I threw away all of the materials that I had received from that ministry. I also cleaned house and threw away most of my contemporary Christian music CDs.

At that point, I knew that the games I had been playing with Satan were over and that I was being forced to make a decision as to whom I was going to follow. In doing so, I desperately called on the Jesus that I had known as a child. Even so, it took months. And I mean months, to get back into a right relationship with the Lord. It still frightens me when I think about how I allowed this deception into my life. After all, I had been grounded in biblical truth since childhood.

Let me backtrack a little to add that when I threw the CD lessons in the trash, it sparked an attack of satanic rage that lasted for the next several months. I started seeing demonic faces in clouds, in trees, in bushes, in reflections, and in almost everything else, all day long, day after day. These were harassing spirits.  They were relentless and tormenting, and they robbed my mind of all peace. I learned to keep music on all the time to block out the mental noise, especially when I attempted to fall asleep. I was worn down to my wit’s end, both mentally and physically.

The torment eventually began to subside through the process of fully submitting myself to Jesus again.  I could do nothing else but to throw myself into the verse, “Submit yourselves therefore to God. Resist the devil, and he will flee from you.” (James 4:7)

In my efforts to make that happen, I made a conscious decision to resist the devil by literally ignoring the harassment.  During that time, I stopped looking up at the sky and simply would not acknowledge the images. I turned away whenever I noticed one of them.  I knew that this had happened due to my own actions of allowing witchcraft to remain in my house, and I whole-heartedly repented of it.

I read the Bible and filled my mind with the Word every chance I got.  I prayed constantly.  Then, finally, one day it occurred to me that I hadn’t seen them for a while.  It had taken months, but they were gone. Completely gone!

Today, I’m aware of many forms of deception that I knew nothing about a few years ago.  I recognize the Emergent, the NAR, the Seeker-Friendly, the Word of Faith, the Purpose Driven, and on and on.  Jesus wasn’t kidding; we must “test the spirits.”  Deception is everywhere these days!  And what did He tell us in Matthew 24 concerning our day?  BE NOT DECEIVED!!!

I will also say that I cannot prove that all of the NAR teachers allow training to this extent in their churches.  Even so, it speaks volumes that GOD TV airs both NAR and witchcraft, and I have yet to hear the pastors on that channel argue against it. Obviously, when signs, wonders, and experienced-based doctrines are preached in place of biblical doctrine, other forms of deception are tolerated as well.

I realize that I’ve opened myself to ridicule by telling my story, but I also know that we are living in the end-times, and that many other Christians have been tempted to fall for this same deception. Hopefully, my story will spare someone else from having to go through this same thing. You need to know that God WILL let you be intrigued to death, even to eternal death. It’s up to you to keep yourself from being deceived.

You’ll find the Truth in His Word.  Just where it has always been.