Posted By Amy Spreeman on March 17, 2017 in Leaving the NAR Church
Share

The pastor stopped in the middle of a sermon and said, “God is telling someone here that if you don’t stop doing that thing, He’s going to kill you.” Imagine how everyone must have felt that day – “Is it me?”

Andrew was submerged and drowning in every kind of N.A.R. practice one can imagine, and his congregation was abused at the hands of his “apostle.”  In this series, I want to take readers beyond the textbook What is the New Apostolic Reformation Movement explanation, into the personal experiences from those who have been there, and what happened when God opened their eyes to the truth.

This is Andrew’s story in his own words: 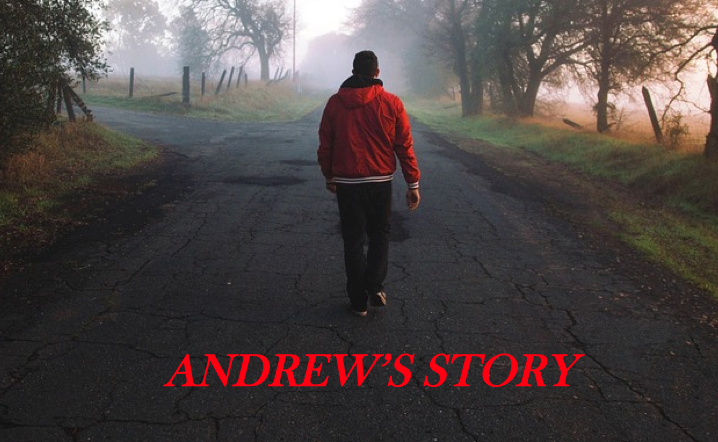 My journey in the Christian faith began at high school at the age of 16. My school was visited by a team of evangelists. Based on what they taught, they must have been Pentecostals. They spoke of miracles, healing, and salvation based on a combination of faith and human decision. The short version of this episode is that I “became a Christian” after having prayed “the sinner’s prayer”.

I was invited to attend an Anglican church in my hometown, which ran a separate Bible study for “Charismatics.” In this extra-church group I was exposed to the practices of tongue-speaking, believing for healings and miracles, and unusual ways of praying and praising God, including seeking mystical kinds of emotional experiences.

Some months later, a turf war broke out between that group and an Assemblies of God church in the neighboring town, over who exactly had introduced me to Christianity and therefore, where I ought to be worshiping. The AOG won out because my school friend who attended there, had been the one to set the Christian example to me in the first place and had invited me to the meeting where I first heard the Gospel. So off I went to the Pentecostals.

A couple of years later, after I had left school, I drifted away from the church and went off to work in another state. I got hooked in by street evangelists to attending a ‘church,’ which had its roots in the Latter Rain movement. When I say roots, I mean it was a first generation direct descendant of the Latter Rain Movement that started in North Battleford, Saskatchewan, Canada in 1948. Of course I didn’t recognise it as NAR at the time, as the term did not exist.

This so-called church preached signs and wonders, spiritual warfare, modern-day apostleship & the ‘five-fold’ ministries, blind allegiance to the eldership, decisional salvation, ‘sign’ or ‘ascension’ gifts (prophecy, tongues, words of knowledge, miracles, healing etc.), heretical ‘Bride of Christ’ teaching (in which they were the Bride of Christ, naturally), the ‘Ephesian Pattern’ and probably others I have thankfully long forgotten.

After becoming steeped in those heresies for a couple of years, I moved to another state, and was hooked up with one of their planted ‘churches’ there, where all of the above heresies were well entrenched and practiced. This is where I started unraveling after thirteen years of spiritual and emotional abuse at the hands of the self-appointed ‘apostle’ who was a self-confessed modern replica of the Apostle Paul (sarcasm intended).

I left, and drifted aimlessly for the next 23 years, living like the worldly sinner that I actually was.

There are a few things I’d like to say about the Latter Rain ‘churches’ I attended:

Fast forward to 2014: I had begun to investigate the prosperity gospel, which is no gospel at all. It is just a bunch of people with itching ears who have accumulated for themselves teachers to suit their own passions, having turned away from listening to the truth and wandered off into myths – see 2 Timothy4:3-4. Over the years I had become increasingly irritated by teachings which my gut told me were false, but having no firm theology myself with which to combat them.

Now here is the thing: I started listening to John Macarthur, Paul Washer, R.C. Sproul and many other teachers of Reformed Theology, and discovered to my horror that, according 1 John 3:4-10 I wasn’t even a Christian! I was just somebody who had prayed the sinner’s prayer at the age of 16, and carried on living like a pig in mud.

I thank God that by His grace I have been saved, and that is not due to anything at all on my part – it is His gracious, merciful gift – see Ephesians 2:8-9. As John Macarthur rightly points out, we played no part in our first birth, neither do we play any part in our second birth. As totally depraved, spiritually dead individuals, we have no power, nor any inclination to contribute anything to our own salvation – see John 3:8, Ephesians 2:1-6. After 41 years of being a fake Christian, I unexpectedly was granted the privilege of salvation through no merit or works of my own doing, but through God’s sovereign election, by the penal substitutionary sacrifice of Christ in my place.

End Note: I find it interesting that, during the times I attended Charismatic and Pentecostal ‘churches’, through a combination of peer pressure, parrot learning and gullibility, I actually spoke the unintelligible gibberish non-language known as ‘tongues’. I was not even a Christian, so what does that say about the validity of that ‘gift’?

I hope this brief account of a long painful journey helps others to leave whatever ‘christian’ cult they are in, be it NAR, prosperity, word of faith or otherwise, and cry out to God in repentance from sins, asking for forgiveness and salvation which is the true spiritual healing promised in Isaiah 53:5.

Other beliefs and Practices I experienced: