Posted By Amy Spreeman on April 27, 2017 in Leaving the NAR Church
Share

“I would always look up to these people getting “words from God” and wished that I could have this special relationship with Him as they did. I desired it – so why wasn’t God speaking to me the way He spoke to them?”

Chrissy has allowed me to include her story in this series about a movement called the New Apostolic Reformation, or NAR for short. In this series, I want to take readers beyond the textbook What is the New Apostolic Reformation Movement explanation, into the personal experiences from those who have been there, and what happened when God opened their eyes to the truth.

This is Chrissy’s story in her own words: 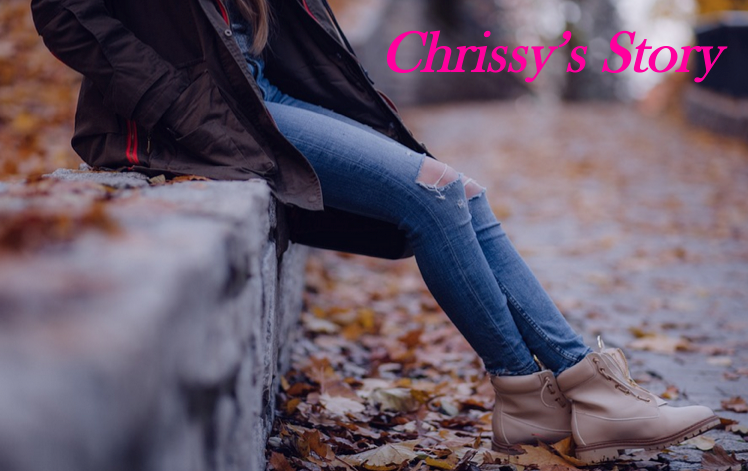 I grew up in a Christian home. We attended a Vineyard church, which was very charismatic, and became influenced by the “Toronto Blessing/Revival.” I witnessed people in church services experiencing “holy laughter,” falling over when being prayed for, and random people sharing “prophecies” and visions over the mic.

There was also a subtle hierarchy that I internalized. I would always look up to these people getting “words from God” and wished that I could have this special relationship with Him as they did. I desired it – so why wasn’t God speaking to me the way He spoke to them? Services always seemed driven by emotion – especially during worship times. I don’t feel like the gospel was emphasized there. This was all very comfortable for me at that time, because I grew up in it. It was all I ever knew. However, I began to lean on emotional experiences as a litmus test of where I was at in my relationship with God. If I wasn’t “feeling” Him, or hearing Him, I thought it must have had something to do with me and my walk with God.

This theology started to break down for me after I went through a training school (called Discipleship Training School) at YWAM (Youth With A Mission). I went there absolutely sure that God had called me there specifically to do a missions trip to India. Boy was I surprised when India was not even an option! I was so confused. How could I have heard God wrong? I was so sure.

There was also a reliance on emotional experiences, and seeking God to get a “word” from Him. I stuck it out through the entire five months, and came back home feeling even more lost than ever. I had no direction from God where my life was supposed to go, and it was really important to me to hear a definitive word from God – which I believe was due to my church upbringing. I felt like God had abandoned me, and I didn’t understand why.

During this time, my parents were splitting up. I felt even more abandoned by God, and lonely. I wasn’t hearing Him or feeling Him in the ways that I was used to, and I didn’t understand why. I became very angry at God, and began to reject my label of “Christian.” I believe God used the trauma of my parents’ divorce to reveal the bad teaching I had been fed for so long. That theology just doesn’t work during real life suffering. The foundation of my faith was largely emotional, and in my darker moments, I had trouble believing God was good – or even there at all. I was constantly relying on experience to dictate truth, which is never a wise thing to base your theology on! I think if you had asked me then if this was what I was doing, I would have denied it, but in hindsight, I see it more clearly.

I kept going to church, because that’s where I felt safe. But I was drawn to more charismatic (read: NAR) churches. For a while, I attended a church where the pastor invited Todd Bentley to speak. This was before his affair, but they invited him to speak even after the affair, which I thought was a huge red flag. In that church, I also heard teaching that involved “commanding your angels” to do things for you – mostly to help you with your finances, or physical health.

After that church, by the grace of God, I started attending one that preached the Bible exegetically. I had a light bulb moment – in all of my years growing up in church, I had never heard it be taught that the entire Bible is all about JESUS! I would always read myself into the text to seek what God was “speaking” to me personally. It has been so relieving to sit under good, biblical doctrine, and actually very freeing to not feel like I am constantly needing to search for a direct revelation from God for direction for my life. I’ve also been thankful for Fighting For The Faith (which I stumbled upon sort of by accident) in helping to discern bad teaching. My husband and I describe the sermon reviews as “Mystery Science Theater for sermons.”

I praise God that my eyes have been opened to the destructive teaching of the NAR, and that He saved me from myself! There are still times when I miss the emotional experiences I used to have, but I would not trade that for the steadfast truth of the gospel – that Jesus died for my sins, that I may have perfect peace with God. That suffering is not something to be avoided, but that it produces character, and makes me more like Jesus. Nor does God use it to punish us, but that Jesus took our deserved punishment on the cross. That this is a free gift of grace that I did nothing to earn, and can do nothing to lose.
I may sometimes feel like I am distant from God, but those feelings do not dictate the truth. THAT is good news!

Leaving the NAR Church: Sadie’s story
The Heart of the Hanegraaff Hubbub: Dethroning the God of Your Personal Experiences