Posted By Amy Spreeman on April 15, 2017 in Leaving the NAR Church
Share

“A woman used to go to church every morning to send the devil away from every seat. She would make a performance of that. It was quite scary to hear the cries and screams every Sunday morning.”

Maria has allowed me to include her story in this series about a movement called the New Apostolic Reformation, or NAR for short. In this series, I want to take readers beyond the textbook What is the New Apostolic Reformation Movement explanation, into the personal experiences from those who have been there, and what happened when God opened their eyes to the truth.

Here is Maria’s story in her own words: 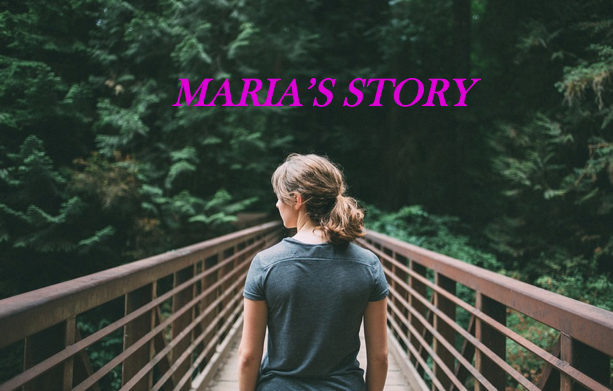 Hi I live in Brazil, and thought I would tell about my experience in a NAR type church in Wales, where I lived for many years.

We had moved to a new home and immediately I found the church for us and for our two teenage kids. I loved it from the start, the singing was fabulous, the love bombing amazing. We lived in a small village and soon we were part of the house groups all over the village, being invited all over the place.

Soon things started to appear a little distorted. The church had two pastors, and one of them was quite weird, walking up and down the church and stopping in front of people, looking at them for a long time and then calling them in front to humiliate them in public. When he started the walk around, everybody tried to hide behind someone else or look down, in case he would single the person out and tell the whole life of this unfortunate in public and make prophecies aloud. The pastor had a “revelation” that someone was having sex before marriage, and looked directly at a couple sitting in the gallery. They left the church, got married and never came back.

A woman used to go to church every morning to send the devil away from every seat. She would make a performance of that. It was quite scary to hear the cries and screams every Sunday morning. My son would beg to go home, and to this day he has a deep aversion of that type of church.

Of course, we had people falling down everywhere every Sunday. I never did, but I was pushed. I resisted. The many guest speakers loved to prophesy too, and also loved a church floor covered with people.

The church truly believed that they were the church going somewhere, different from every other church around. We used to pity people who left, like they had lost their salvation. There were real weird things going on, as when the pastor was performing a wedding he had a sudden revelation that that marriage would not go right, and he said that to all the guests and the poor couple in front all dressed up to be married. Just imagine, he told them on their wedding day that they would not be married long. A strange thing in this church was the incredible number of divorces.

We had visitors very keen on Dominionism. All the church got involved in doctrines that have nothing to do with the Bible, like location prayer, demolishing strongholds, and Rhema Words. There was no mention of End Times, Israel, or Second Coming.  People received “pictures” every Sunday morning and evening, and would go to the microphone to share those pictures, and dreams and visions. One man would think that things would happen the way he wanted if he saw some special numbers in car plates!

I had many questions but no one to ask them to. I felt something was very wrong but I loved the friends we had made.

My eyes were finally opened by a book by Dave Hunt, The Seduction of Christianity. I could not stop reading that book to the end and it was like real scales fell from my eyes. After that experience, we visited other churches which were also of the same line, in one we were told that the Holy Spirit would pass only in the left side of the church, not in the right, so as I was in the right side I got my bag and left, there was no point of staying!

Today I live in another country, I don’t go to church anymore, but I love my Lord Jesus Christ and study a lot of Bible prophecy online!

Evangelical Author: ‘Heterosexuality is an Abomination.’
10 Signs of a Cultic Church

One Response to Leaving the NAR Church: Maria’s story