Posted By Amy Spreeman on April 12, 2017 in Discernment, Leaving the NAR Church
Share

“I had been largely sheltered from false teachings for most of my life. That all changed in 2011 when I met a guy who told me about this great church he was attending, and invited me to go with him.”

What started out as a kind invitation ended up as a full-blown nightmare for this woman, who witness the worst of the demonic realm that is the NAR. Aimee has allowed me to include her story in this series about a movement called the New Apostolic Reformation, or NAR for short. In this series, I want to take readers beyond the textbook What is the New Apostolic Reformation Movement explanation, into the personal experiences from those who have been there, and what happened when God opened their eyes to the truth.

Here is Aimee’s story in her own words: 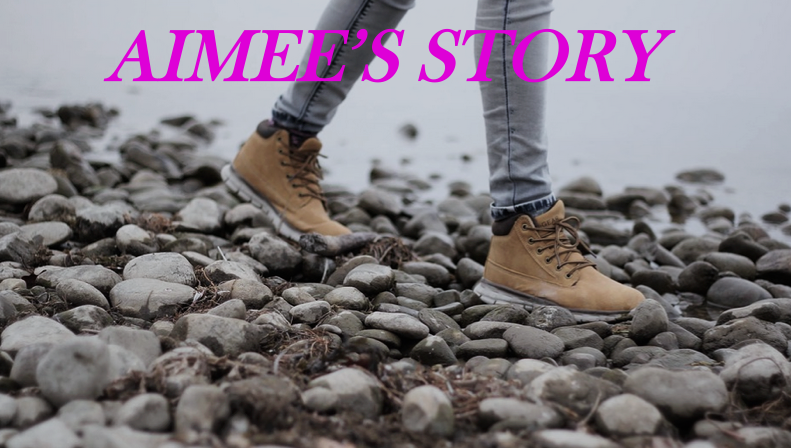 Firstly I want to say thank you for Berean Research, and for your series on leaving the NAR church. When I had my own experience in one of these churches, it was reading the stories of others that contributed to my eyes being opened and making the decision to leave. That is why I think it is so important to share these stories, and I also wanted to share mine with you, and give permission to include it in your series if you want.

I am from the city of Port Elizabeth in South Africa. I had no idea what the NAR movement was or how rampant it actually is in my city and country before a few years ago, when I became involved with a church that is hugely influenced by it. Growing up in a Reformed church, with loving God-fearing parents, I had been largely sheltered from false teachings for most of my life. That all changed in 2011 when I met a guy who told me about this great church he was attending, and invited me to go with him.

At first sight, it did look like an amazing church to attend. The people were extremely friendly, welcoming, energetic, and gave the impression that they were “on fire for Jesus,” which made it very hard to resist being drawn into this atmosphere of passion and excitement. It was a mostly younger and student crowd and the worship music was exclusively contemporary, which at the time all greatly appealed to me. So I decided to stay.

As I became more involved, I joined a community group (shortened to “Comm”), which were like cell groups. I soon realised this was an (unofficial) requirement for membership, because before I settled on and joined one of these groups, I was constantly being asked if I had done so yet. I now believe that the overly strong emphasis that is placed on NAR church small groups is the way that they gain control over members. It is at these mid-week meetings where you are most likely to form close relationships/friendships, get taken under someone’s wing, and really get “disciple” in the mindset and teachings of the NAR.

As I continued to attend church and Comm, I struggled to make sense of many things. A lot more emphasis was placed on what the Holy Spirit was doing in the church, rather than on preaching the Gospel of Jesus Christ. The book of Acts was singled out as the most important book in the Bible as the example of the type of Christians we should strive to be, and the experiences we should seek after.

Prophetic words and healings were a regular part of every service. It seemed that somebody always got healed of something at every single service or meeting, although it was mostly just headaches. This always resulted in a testimony at the next meeting, along with things like God having opened up a parking space for someone at a mall.

Back then I thought that these people were just living a life of immense thankfulness for all these little “miracles,” and it made me feel like I was really awful for not having this same mentality. Now I clearly see all the deception behind it and I’ve also learned that this actually just echoes of things that they are hearing from Hillsong and Bethel.

People speaking in tongues was a Common occurrence, but just unintelligible repetitive phrases. According to them it was “heavenly languages.” There were also people who claimed to have seen angels. Much of what was being preached made absolutely no sense to me, and some words or phrases that people cried out during worship/prayer also seemed quite strange.

As a person who had attended church all my life, I’d never had a big problem understanding what was going on before, and this felt odd and quite alarming. Some examples would be talk of “raising up armies,” or, “impacting the Kingdom” (which I now know is related to Kingdom now/dominionism), and repeatedly crying out “yes Lord,” or “more Lord more!” I even heard the term “little gods” mentioned in a sermon once, and many more things that I now recognize as classic NAR and Word of Faith talk.

Soon all these things started to mess with my head.

I remember when I introduced myself to new people and told them the Reformed church I’d come from, there would be an all-around murmur of disapproval. One lady even told me that she had come from the same denomination and that they did not have the Holy Spirit there. It was taught that the “infilling of the Holy Spirit” is something you should constantly be seeking after, and that this “encounter” or “experience” will manifest, either by speaking in tongues, or any number of other involuntary actions like falling over, laughing, or crying. They said that if this does not happen to you, then you are probably not open to the Spirit.

After a while I actually started to believe these lies, although I could not shake the feeling that something was not right. But rather than question what I was being told, I started to believe that it was because there was something wrong with me, and I even started doubting if I really was saved. It was a horrible, dark and confusing place to be in.

There is a lot I can say about this time, but I will just highlight some of the most significant experiences I can recall that made me feel uncomfortable with what was going on, and ultimately led to my eyes being opened and leaving this church:

That was kind of the last straw. After this I started seriously questioning what was going on here, and for the first time thought to do a bit of research. Back then I did not know the term “New Apostolic Reformation,” but I remembered a lady once telling me it was a Charismatic church, so I looked it up online. One article led to another and as I read more about the history of the Pentecostal/Charismatic movements, it all started to make so much more sense. There were serious warnings about these movements and also the testimonies of people who had left it.

I read about things like the Toronto blessing and all the horrors that came from that. My eyes were slowly being opened. A lot of what I read also pointed to Bible verses about false teachers and warnings of all the deception in the last days. I remember one night sitting on my bed with the Bible, surrounded by articles I had printed out, and one of them pointed to 2 Timothy. Reading this piece of scripture, especially chapter 3:10-17, was like a little breakthrough. I truly felt the assurance of the love of God in that moment, and that it would be okay to leave this church.

I wrote an email to my Comm leaders, telling them I did not agree with things going on in the church and think it would be best for me to leave. They said I should share my concerns, so I wrote it down in an email. They then wanted to meet to discuss it. They brought in an elder and overseer of our Comm to lead this meeting, at which they actually denied that most of these things were happening in their church, and justified others with their own interpretations of Scripture.

The elder told me that I should not question their interpretations because it was “treading dangerous ground.” He also continually asked me if I was questioning things because I had been hurt by someone in the church. (He said he could sense that something had happened.) When I admitted to an incident where my feelings had been hurt (point No. 1 above), they immediately latched onto that, and told me they were not able to answer any more of my questions before this issue had been dealt with and that they wanted to “walk that road with me” first. By this stage I just got really angry and frustrated by their inability to properly deal with my concerns, and finally called it quits.

I had been part of this church for about a year and a half, and the decision to leave was painful. Some of the people I made friends with were the sweetest, friendliest, most caring people I had ever met, and I did not want to lose them. But I am convinced that if I had stayed, I would have eventually lost my sanity and quite possibly sold my soul.

I am now back in a very small congregation of the Reformed denomination I grew up in, where I am hearing the Word of God preached correctly, and I am so thankful to the Lord for leading me here. I know how rare it is to find a good, solid church these days, because now, knowing what to look out for, I see the NAR influences creeping into denominational and non-denominational churches across the board. (As I am writing this, there is actually a team from Bethel here, right now, in my city this week, going around and spreading their lies and heresies into many churches.) I truly believe this is part of the great falling away that the Bible talks about, and I still hope and pray for my friends eyes to be opened to this deception.

Thank you for reading my story. By sharing, I hope it can help to open the eyes of people still caught up in this, and create awareness of these things going on right under our noses, that many are not even aware of.

Did God Forbid us to Critique or Criticize Church Leaders?
Evangelical Author: ‘Heterosexuality is an Abomination.’