Jackie Hill-Perry is an American poet, writer, hip hop artist and a professing Christian. When she penned a piece expressing her view that Christians should stop telling gay people that God can make them straight, not surprisingly what she said provoked a storm of criticism from those who disagree with her along with high fives from those who share her view. We do not endorse, promote or recommend her.

However we are sharing this as reformed pastor John Piper’s Desiring God blog published Perry’s article.

You can read it here and decide for yourself. 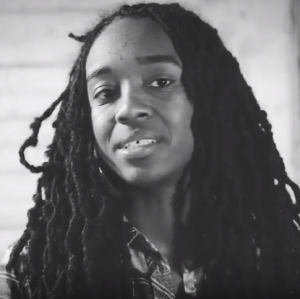 The article begins with the following words…

Stop telling gay people that if they come to Jesus, he will make them straight.

I know, I know, some of us Christians believe that we are only pointing our gay and lesbian friends to the miraculous. To the power of God to make all things and them new. Well-meaning believers, in an effort to encourage or cast vision to their same-sex attracted (SSA) friends or family, preach this gospel often. This gospel is not the good news of Jesus however, but another gospel. A gospel that I call “the heterosexual gospel.”

The heterosexual gospel is one that encourages SSA men and women to come to Jesus so that they can be straight, or it says that coming to Jesus ensures that they will be sexually attracted to the opposite sex. The ways in which this “gospel” is preached are much subtler than I’ve made it out to be. It usually sounds like, “I know you’re struggling with being gay. I can promise you, if you give your life to Jesus, he will completely deliver you from those desires because he loves you.” Or, “I know a guy that used to be gay and now he’s married. Jesus will do the same for you if you trust him.”

How Not to Use My Story

People have often used my story to point others to what they believe should be the immediate fruit of their repentance. I was a lesbian who came to Jesus and eventually ended up married to a man, giving birth to two daughters. According to them, I am living happily ever after in a state of heterosexual bliss.

Clearly, my life as it is now may have its share of blessings, but it has been far from blissful. And even though God may have called me in particular to marriage, that doesn’t mean he’s called everyone to it in general. My marriage, with all of its difficulties and beauty, is glorious to God because it is a picture of God’s gospel (Ephesians 5:32). But it is not the ultimate glory. Christ is. That is what makes “the heterosexual gospel” so problematic. It tends to put more emphasis on marriage as the goal of the Christian life than on knowing Jesus.

Exchanging One Idol for Another

What the gay community needs to hear is not that God will make them straight, but that Christ can make them his. In this age, they may never be “straight” (for lack of better words), but they can be holy (1 Corinthians 1:30). We must remind others (and ourselves) that Christ is ultimately calling them to himself — to know Christ, love Christ, serve Christ, honor Christ, and exalt Christ forever. When he is the aim of their repentance, and the object of their faith, they are made right with God the Father, and given the power by the Holy Spirit to deny all sin — sexual and otherwise.

As I mentioned earlier, we don’t want people to merely exchange idols under the pretense of walking in faith. Someone trying to pursue heterosexuality and not Christ is just as far from a right standing with God as someone actively pursuing homosexuality. They have put their faith in a new “orientation” rather than in knowing the living God.

How does the true gospel change temptation? The day after Jesus saved me, I felt like a new person and the same person all at the same time. I was still very much attracted to women (and in many ways, I still am). I’d visit churches expecting to be encouraged. Expecting to be reminded of the power of the gospel in light of my temptations, but instead, I’d hear the lie that “deliverance” meant that I shouldn’t be experiencing those same temptations at all. That in my coming to Christ, I should be free from feeling like the old me.

But thank God for the Scriptures. In them, I read about Christ and how he was tempted in all respects but without sin (Hebrews 4:15). Imagine the revelry I experienced when I realized that God was tempted too. And how, if this was the case, I am to judge my position with God not by my temptations but rather by how I respond to my temptations (1 John 3:9).

All Sinners, Gay or Straight

“The heterosexual gospel” creates room for much discouragement for those who are same-sex attracted in Christ. Primarily because it assumes that coming to Christ means you will be straight. If same-sex temptation is still found to be a present and consistent reality, the logical assumption will be that you are still the same person — a person that might not truly know God because you are still tempted by sin.

But looking to Christ, we know that’s far from the truth. Whether married or single, Christians who experience same-sex temptations are not less than Christian because they do. If anything, they may be the kind Jesus empathizes with more deeply. They are the folks who Christ summoned to come to his throne of grace for help in their time of need — which, for all of us, is every single day (Hebrews 4:16).

God has not come mainly to make same-sex attracted men and women completely straight, or to get them hitched. Christ has come to make us right with God. And in making us right with God, he is satisfying us in God. That news is good for a reason. For it proclaims to the world that Jesus has come so that all sinners, gay and straight, can be forgiven of their sins to love God and enjoy him forever.