Posted By Amy Spreeman on October 17, 2017 in Discernment, Leaving the NAR Church
Share

“When I arrived in October 2008, the Meridian Vineyard was a nice and fun place to be. Very loving, lots of contemporary worship. This was also when I first heard about Bethel Church out of Redding, California. I started getting a gut check in my spirit almost immediately.” – Ben

I have received several additional “Leaving the NAR” testimonies since I wrapped up the series earlier this summer. These stories are precious to me, and serve as a painful reminder that there is hope for the dear deceived ones caught up in this insidious movement. In this series, I’ve been taking readers beyond the textbook What is the New Apostolic Reformation Movement explanation, into the personal experiences from those who have been there, and what happened when God opened their eyes to the truth.

Ben wrote to me recently to share how he had escaped the NAR movement. Here is his story in his own words: 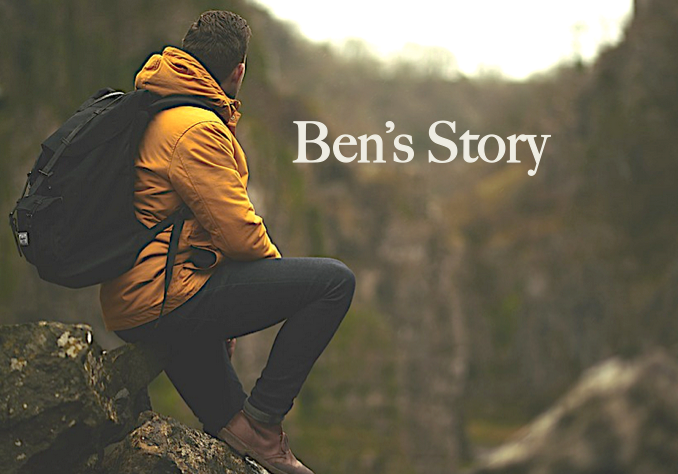 I spent quite a bit of time in the New Apostolic Reformation from about 2008 to 2010.

Prior to this, I was raised in the Church of the Nazarene. I knew a lot about God, but didn’t really take it seriously until I became an adult. The Church of the Nazarene has had a hard time when it comes to dealing with Pentecostal/Charismatic issues. It wasn’t that long ago when they would excommunicate people for speaking in tongues. Thankfully, times have changed.

I started attending a Vineyard Church in Meridian, Idaho in October 2008. I was still a part of a Nazarene church plant that met on Saturday nights, so my Sunday mornings were free. Meridian Vineyard used to be a Nazarene church plant called Living Hope Church of the Nazarene. The founder and senior pastor was very much involved in the Church of the Nazarene. However, due to lack of financial support from the Intermountain District, this senior pastor and his congregation decided for him to give up his ministerial credentials and go independent. Eventually they associated with the Vineyard.

My senior pastor lost his first wife to cancer in April 2007 and he was devastated. No matter how hard he tried, he could not “do the stuff” as he was taught by the late John Wimber. I felt really bad for him and his family.

When I arrived in October 2008, the Meridian Vineyard was a nice and fun place to be. Very loving, lots of contemporary worship. This was also when I first heard about Bethel Church out of Redding, California. I started getting a gut check in my spirit almost immediately.

I was in between jobs so I took advantage of attending some of the Vineyard School of Supernatural Ministry sessions. I did like the prophecy conference with Kris Vallotton and Leif Hetland streamed from Bethel. Later on, we began to get visits from various speakers such as Hetland (who scared me from death when he touched me and I thought I was going to go out onto the floor), Kevin Dedmon (his teachings turned me off), Bob Craine (one of the few speakers I liked listening to), Shawn Bolz (another speaker I liked), Danny Silk (the first time he came, the teaching was practical, the second time he came, it was the same garbage out of Bethel and that’s when I called it quits.)

There was an insurrection, as in a major church split that happened about 2011 or so. The church went from 200 people on Sunday to only 50 to 75 people on Sunday. The insurrection was started by the former worship leader who said to the senior pastor and I quote, “if you don’t expose this, I will!”

So not only did the worship leader and his family leave, but the former associate pastor and his wife, the former youth pastor, his wife and family, the children’s pastor, and many others.

When things went south at Meridian Vineyard it was really driven by the senior pastor’s new wife. She is a very broken person and does not know how to live outside of her own protected bubble. The Senior Pastor began to teach what I call himself more than he was teaching the Bible and he and the wife were actually kicking people out of the church because they were questioning his teaching.

And it just so happened I was reading “Churches That Abuse” by Ronald Enroth at the time, and wouldn’t you know it, the Vineyard was mentioned in the book. Other good books are: “Strange Fire, Holy Fire: Exploring the Highs and Lows of your Charismatic Experience” by Michael Klassen, and “Post-Charismatic?” by Robin McAlpine.

I felt convicted by the Holy Spirit about the Charismatic Movement while watching the late Caryl Matrisciana’s wonderful documentary series “Wide is the Gate,” especially Volume 3 which focuses entirely on the New Apostolic Reformation.

The NAR is very self-centered. All they talked about was signs, wonders, and miracles. They never talked about sin, salvation by grace through faith in Jesus Christ, communion was rare, very little in the way of music ministry opportunities, lack of real relationships and compassion for others, especially when tragedies would take place.

I’m thankful I memorized this Bible verse as my life verse because it has served me well over the years. “See to it that no one takes you captive through hollow and deceptive philosophy, which depends on human tradition and the basic principles of this world, rather than on Christ.” (Colossians 2:8 NIV)

I’ve also adopted the late Timothy Leary’s maxim of “think for yourself, question authority.” Jackie Alnor once stated, “don’t let experience be your guide, only the Word of God is infallible.”

Author’s Note: You can read the entire series of NAR testimonies here.